At the end of 2019, OPPO applied to CNIPA (China National Intellectual Property Office) for a smartphone model patent with a special design. The document was officially released on October 23, including 22 unreleased OPPO smartphone product pictures.

LetsGoDigital reported today and drew the render of the patent. OPPO’s new under-screen camera phone has a slim shell, a true full-screen design, and a rear round quad-camera system that is very similar to the OPPO Ace 2. At the same time, it retains the 3.5 mm headphone jack. The source is sure we are dealing with the OPPO Ace 3. 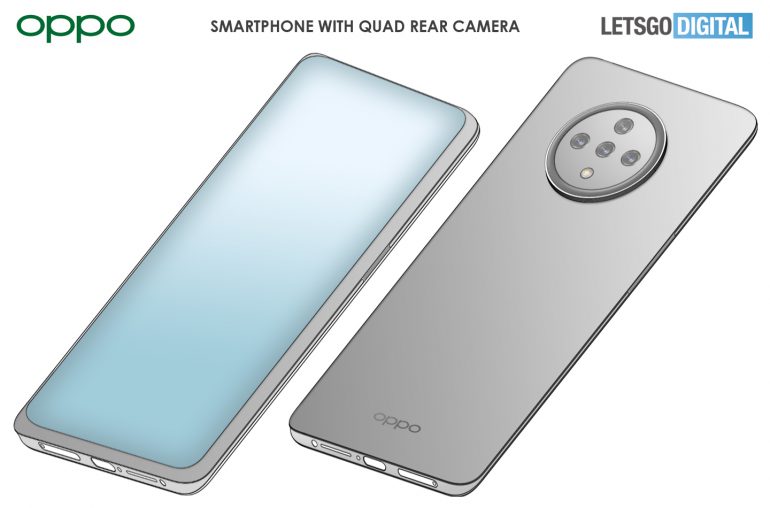 OPPO’s Reno Ace series models target young people, focusing on e-sports and cost-effectiveness. The probability of launching a new screen form for OPPO may not exceed 30%.

All of OPPO’s current flagship models have at least 5X zoom capability. So the rear camera module should have a protrusion. The LetsGoDigital designer team found that the camera part of OPPO models coming with this technology has a total thickness of about six/one part of the thickness. In contrast, the protrusion of this design is exactly the same as the Reno 4 with a 5x hybrid zoom, but not as good as the Reno 4 Pro with a 10X hybrid zoom (approximately 1/5 of the total thickness). 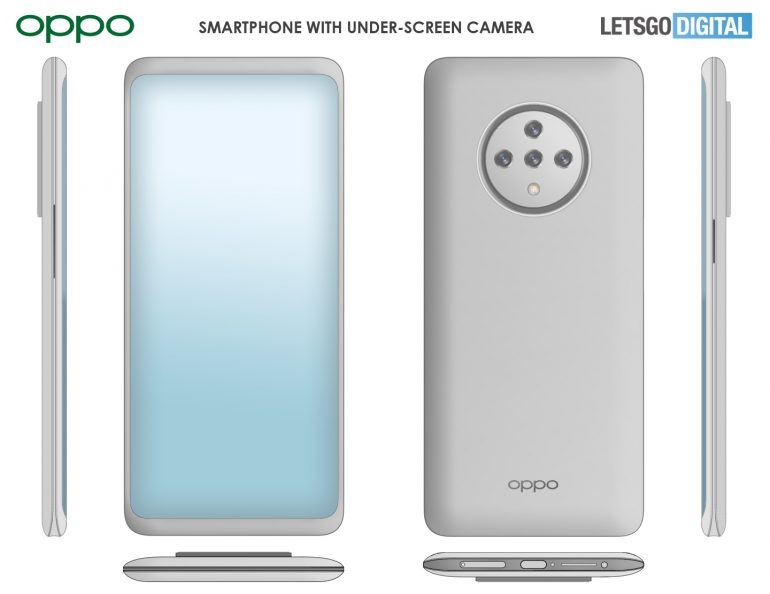 The selfie camera is not visible, most likely it will be placed below the screen. More smartphones with an under-screen camera are expected next year. OPPO has also demonstrated this innovative technology several times last year. However, the image quality was not yet sufficient to apply, the Vice President of Oppo reported at the time.

By placing the camera under the screen, an extra-large screen surface can be created – without any notches. This provides an extra sleek look. To be on the safe side, OPPO also had the same phone model recorded with a hole-punch camera. If the technology is not yet sufficiently developed, OPPO could also opt for a hole in the screen.