Xiaomi’s sub-brand Poco has slowly transitioned from the upper mid-range price segment down to the mid-range segment this year. Today, they introduced their lowest offering till date i.e. Poco C3. The new smartphone was teased on multiple occasions for the last two weeks. The device seems to be a rebrand of the Xiaomi’s Redmi 9C. None the less, the device packs some serious specifications and comes at an amazing price point, which will surely lure customers during these festive times.

The device will be available via Flipkart as usual and go up against the likes of Realme C11, C12 and C15. The first sale will commence on the 16th of October. 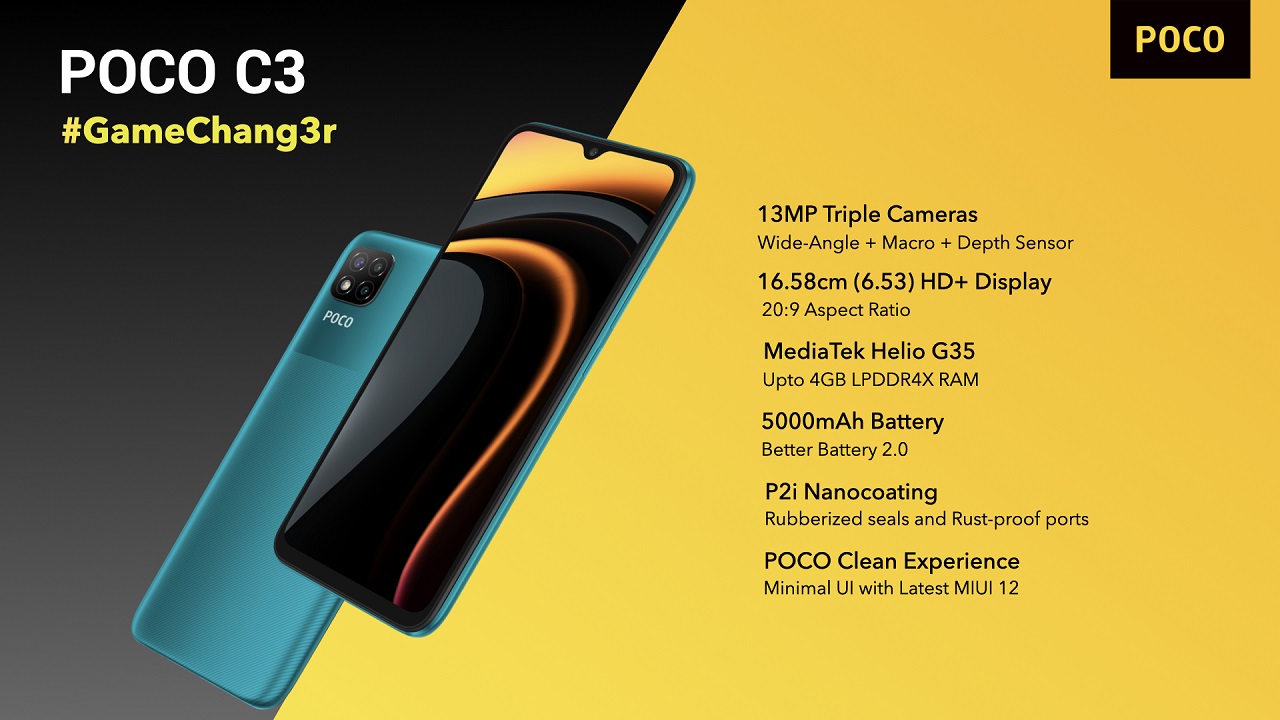 The Poco C3 is powered by a Mediatek Helio G35 Soc based on 12nm architecture. The Octa-Core processor is capable for day to day tasks and even very light gaming. Interestingly, the Poco C3 comes out of the box with the latest MIUI 12 with Poco’s clean experience based on Android 10. The software offers an ad-free experience, unlike the Redmi devices.

In terms of camera, the Poco C3 houses a triple camera set up with a 13MP primary sensor, a 2MP depth sensor and a 2MP macro camera. While the front camera gets a 5-megapixel sensor with f/2.2 aperture, housed inside a waterdrop-style notch.

The device exhibits its power from a 5000mAh battery unit which supports 10W fast charging a micro USB port. The company claims that the battery won’t lose capacity until three years as they have used the Battery Better 2.0 technology.

The Poco C3 follows its signature duotone pattern which differentiates it from the competition as well as from Redmi 9C. It is available in three colour variants – Arctic Blue, Matte Black and Lime Green.

As for its pricing, Poco C3 starts at Rs 7499 for its 3GB+32Gb variant and Rs 8999 for its 4GB+64GB variant. Though they did mention that this pricing is part of their introductory offering. We can expect a slight bump in its pricing later on, but we are not 100% sure.

Up next: Samsung is planning to delay its Under-Display Camera technology rumoured for the Galaxy S21 series 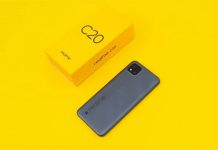