Yesterday, Xiaomi’s sub-brand POCO announced through its official Twitter channel that the POCO F2 Pro will be released on May 12.

Since the release of the POCO X2 in India in February this year, the news of POCO F2 has continued. It should be noted that POCO general manager Manmohan Chandolu previously confirmed in the interaction with fans that the POCO F2 is in development.

Interestingly, many users have been thinking that this is going to be the Indian variant of the Redmi K30 Pro. So many users hurried to attribute its features to the POCO phone. But Manmohan Chandolu said it will not be the ‘renamed’ Redmi K30 Pro.

Recalling the fact that the POCO F1 was packed with a Qualcomm Snapdragon 845 chip, the predecessor model of the POCO F2 is expected to come with the flagship Snapdragon 865 chip. It may also use a LPDDR5 memory and other new hardware features.

It is worth noting that the Redmi K30 Pro may still be launched under the POCO brand. But the specific model is not yet known. There is speculation that the POCO X2 Pro may correspond to the National Bank version of the Redmi K30 Pro. Manmohan Chandolu also revealed that the Mi fans with a budget of only INR 20,000 ($262) can be considered for the POCO X2. This is a simple hint, suggesting that the price of POCO F2 exceeds INR 20,000. As a reminder, the previous generation POCO F1 was released in 2018, which was the most cost-effective Snapdragon 845 model at that time, priced at only INR 20,999 (about RMB 2000). 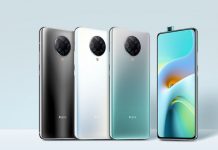