The POCO brand causes dual feelings. On the one hand, it’s the symbol of cost-effectiveness. But on the other hand, it is considered to be the replica of Xiaomi/Redmi models. In fact, all POCO phones have had no equals in terms of cost over performance ratio. But each model launched under this brand was the modified version of this or that already-launched flagship. And though we have had some hopes that this will change with the launch of the M line products, it seems everything will remain the same. Particularly, POCO India has previously announced that the POCO M2 Pro will be launched in the South-East Asian market on July 7. And today, a Twitter user showed the GeekBench results of this phone. 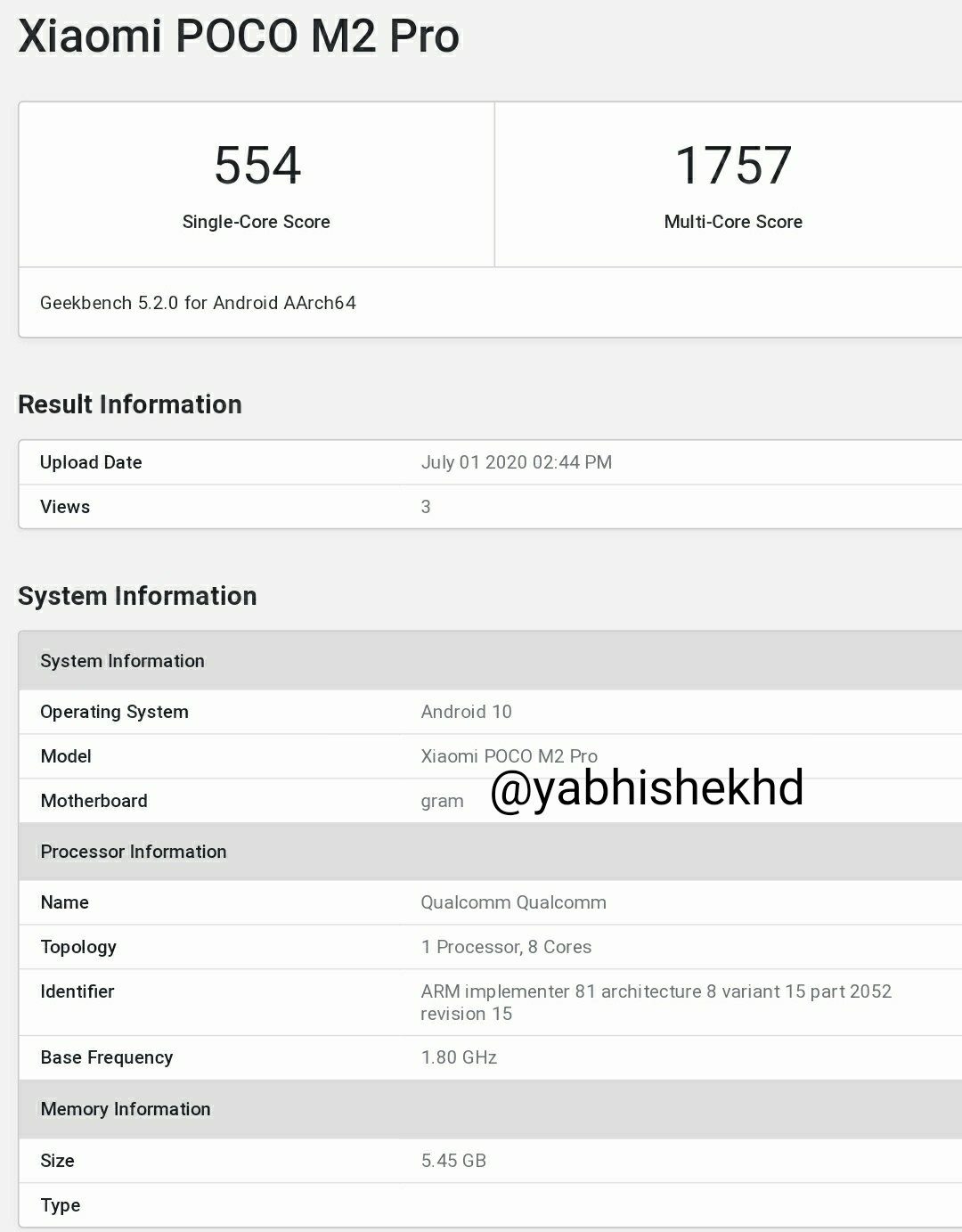 We couldn’t independently locate the listing on GeekBench’s database. But due to a Twitter user, now we have some worthy information concerning this handset. It turns out the POCO M2 Pro will be powered by a Qualcomm Snapdragon processor. Though the processor name is not specified, we think it will belong to the flagship products category. The processor listed as Gram will team up with 6GB of RAM while the phone will run on Android 10.

Prior to this, the POCO M2 Pro has got a few certifications of BIS, Bluetooth, and WiFi. From the former, we learned that a model with a number M2003J6CI runs on Android 10-based MIUI 11 OS and supports Bluetooth 5.0.  Interestingly, there have been rumors as the POCO M2 Pro will be the upgraded variant of the Redmi K30 Pro. But the M2003J6CI model number of the device is similar to the Redmi Note 9 series. So there is every reason to think this is going to be the upgraded variant of the mentioned model.