Poco M3 is officially launched earlier today with a fresh new design. The smartphone was teased multiple times over the past few weeks and managed to grab the headlines oftentimes. The company has unveiled the smartphone with a revamped design unlike the genric ones found in most budget smartphones. The Poco M3 is based on four unique selling point. As per the company, those are the 6.53″ FHD+ display, Snapdragon 662 chipset, a massive 6000mAh battery and a 48MP primary sensor.  The device will act as a successor to the Poco M2 which was launched earlier this year. 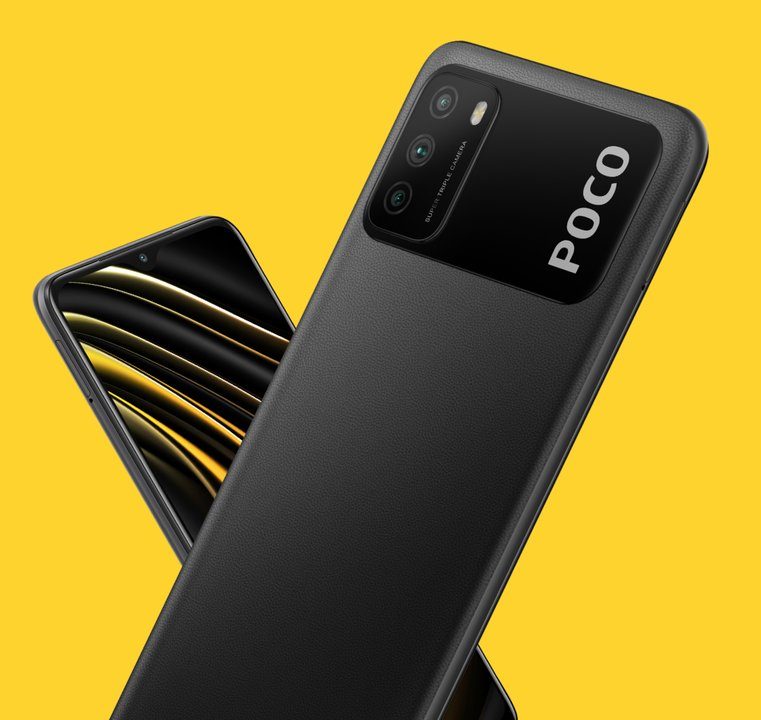 The all-new Poco M3 is powered by an octa-core Qualcomm Snapdragon 662 SoC which is based on 11nm architecture. It is also coupled with up to 4GB LPDDR4X RAM and up to 128GB internal storage based on UFS 2.2 storage. Further, you can also expand the storage via a dedicated microSD card slot which is expandable up to 512GB. 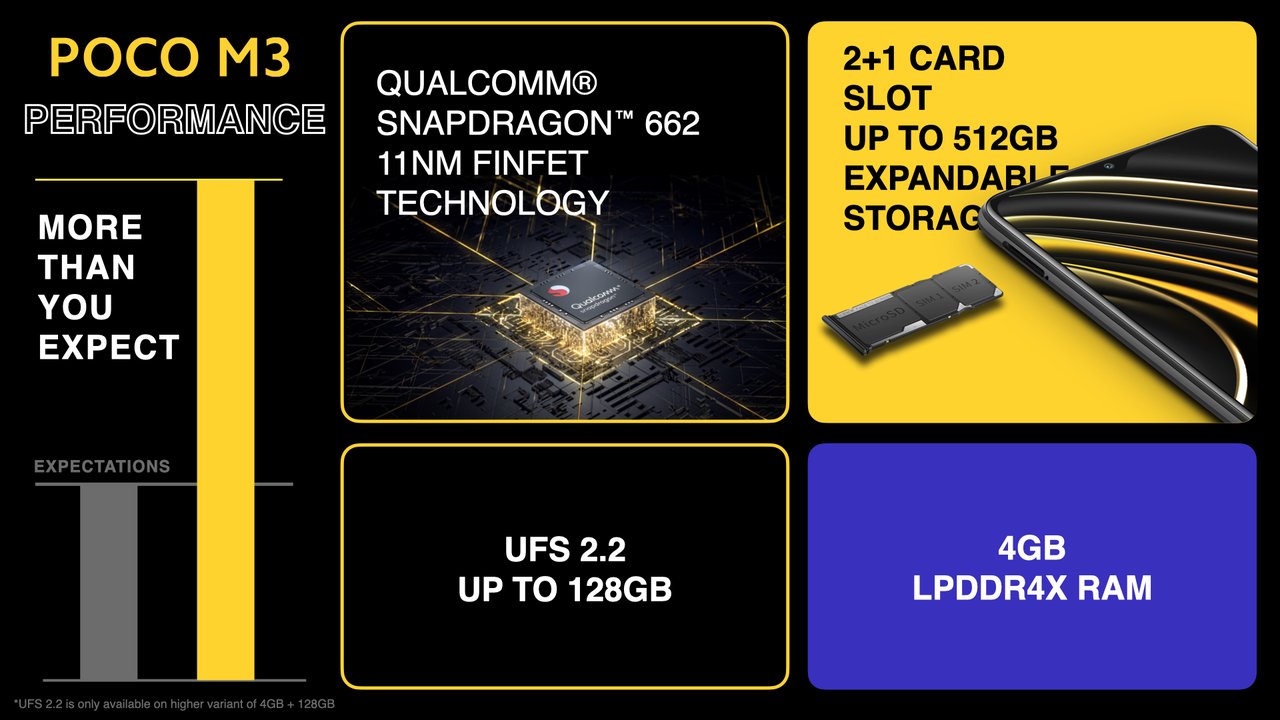 Moving towards the front, the device flaunts a 6.53″ FHD+ LCD display along with Gorilla Glass 3 protection. It features a 90.34% screen to body ratio along with 2340 x 1080 pixel resolution. Surprisingly for a budget device, it also comes with Widevine L1 out of the box and TUV Rheinland’s Low Blue Light Certification as well. 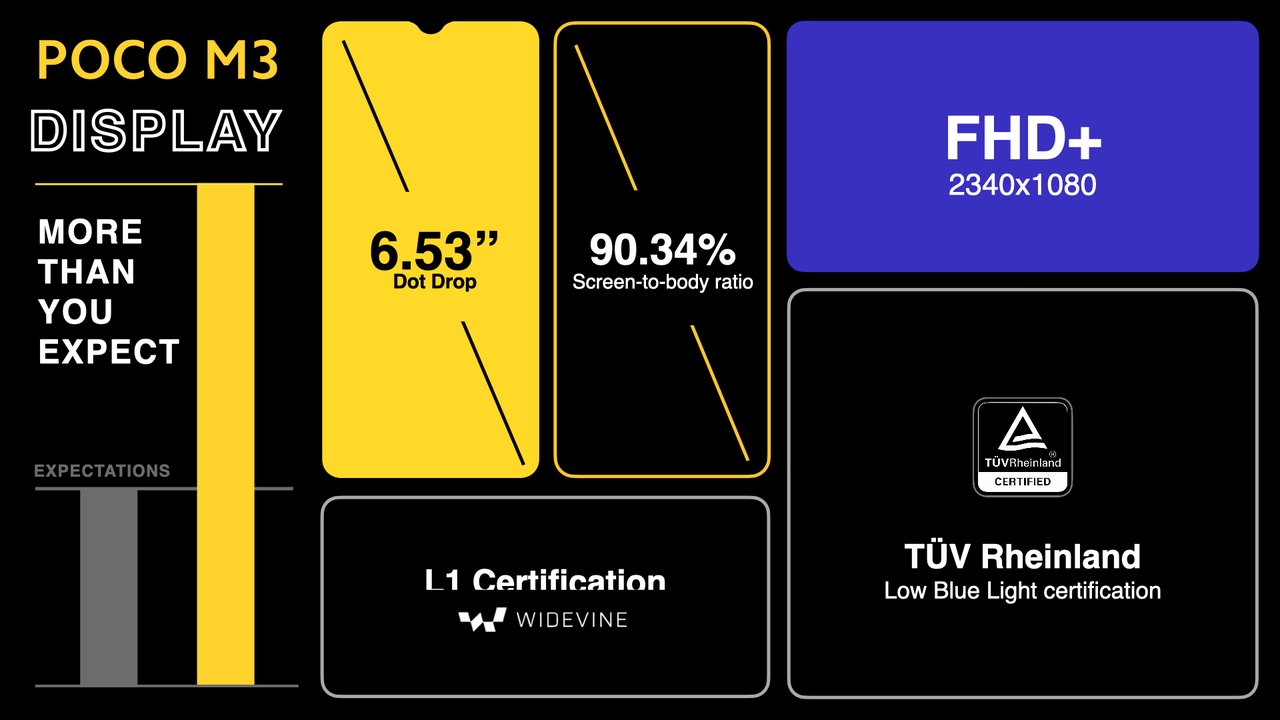 For optics, the device is equipped with a triple camera setup which includes a 48MP primary camera with f/1.79 aperture, a 2MP Macro camera and a 2MP depth sensor. Whereas, at the front, the device houses an 8MP camera for selfie. However, Poco should have included the ultra-wide camera sensor. Also, it doesn’t make sense for them to withdraw such important hardware. None the less, they offered a large 48MP primary camera to compensate for the ultra-wide camera. 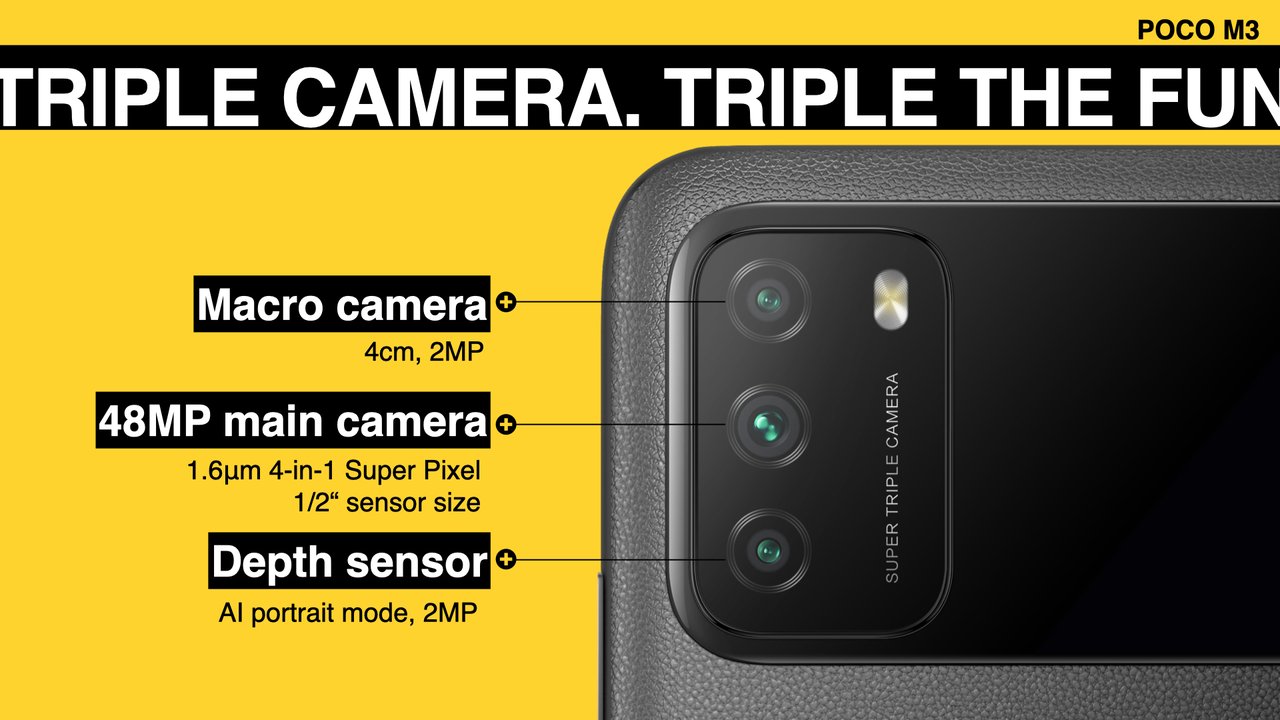 The Poco M3 comes with a gigantic 6000mAh battery which supports 18W quick charge. It is a significant upgrade from its predecessor Poco M2, which came with a 5000mAh battery. 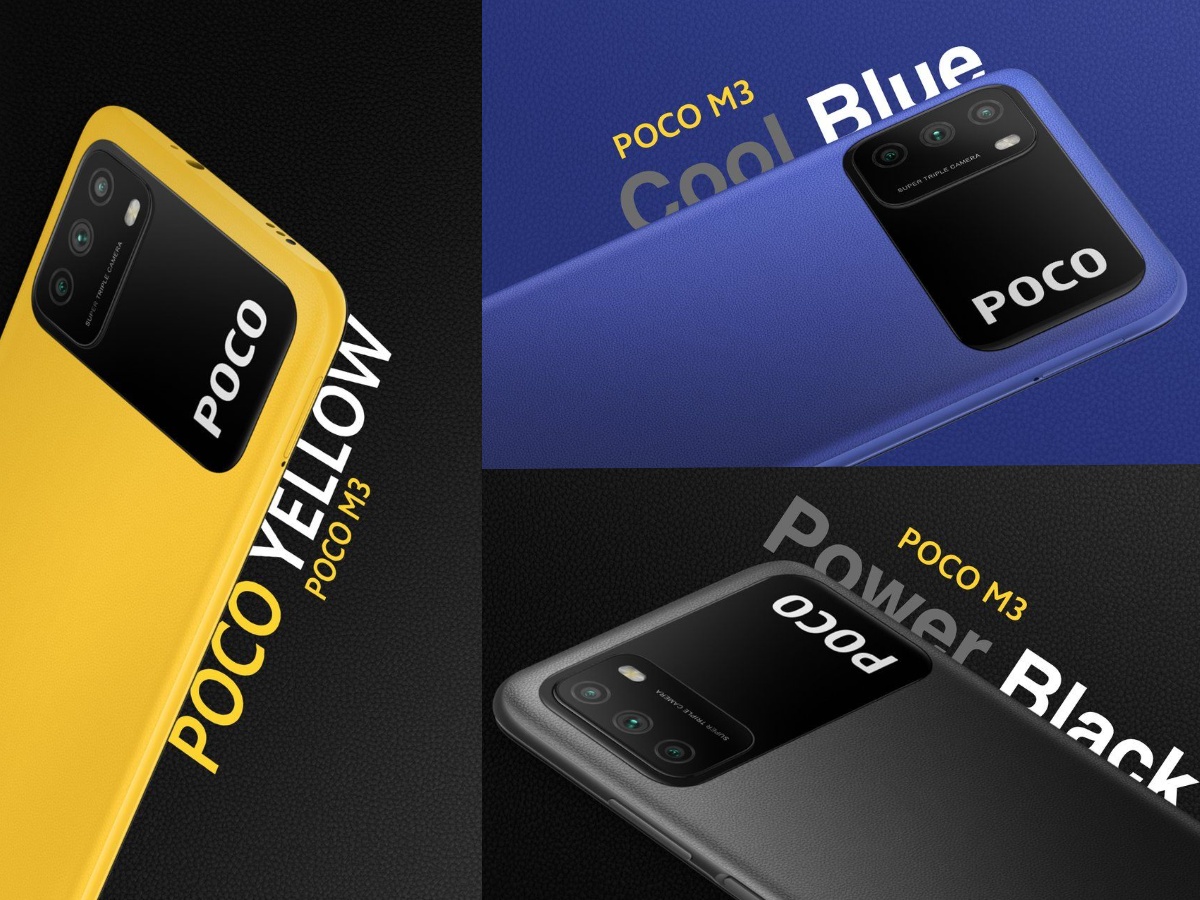 The Poco M3 is officially launched with three colour variants – Poco Yellow, Cool Blue and Power Black. As for its pricing, it is currently up for Black Friday where both variants get a $20 discount.

Apart from that, the device will be available from November 27 onwards via Mi.com, Aliexpress, Amazon, and other retailers.