Earlier this month, Realme launched the Realme 7 and Realme 7 Pro in India. Today, the company has added a new version to the series, namely the Realme 7i. But this time, it went on sale in Indonesia.

The Realme 7i uses the Snapdragon 662 SoC instead of the Helio G95 chipset on Realme 7. The phone runs on Realme UI based on Android 10. Also, it provides a single memory configuration – 8GB RAM and 128GB storage. 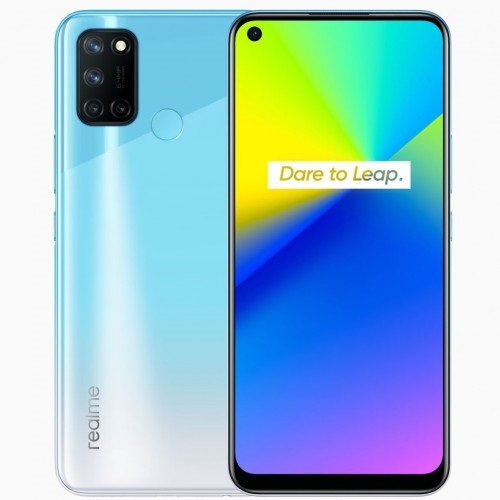 It also sports a 6.5-inch 90Hz LCD screen like the Realme 7. But the resolution has dropped from FullHD+ to HD+.

Another difference between the Realme 7 and 7i is that the former carries a side fingerprint reader, while the latter gets it on the back. The Realme 7i also comes with a 5000mAh battery. But the maximum charging power is 18W instead of 30W.

In terms of selfies and video calls, there is a 16-megapixel camera placed in the screen punch. It also supports UIS, UIS Max, and ultra-wide-angle video recording functions.

The Realme 7i offers two colors of Aurora Green and Polar Blue.

The price is 3,199,000 IDR (approximately $216), and it will be sold through Realme’s official Indonesian website on September 18.

In addition to the Realme 7i, the company also launched the Realme 7 in Indonesia. The machine has an 8GB/128GB storage configuration and also supports a multi-function NFC chip, which is missing in the Indian version. The Realme 7 costs 3,999,000 rupiahs (approximately $270) in Indonesia and will be sold through Realme’s local online store from September 18.