Realme is mainly known for its mid-range and low-end models. Of course, it has top-end smartphones as well, but the main goal of this brand is to capture some market share and grab the latter from the Redmi and Honor brands. So it turns out there will be two new smartphones under its popular C-series later this month. Yesterday, the manufacturer confirmed that it will uncover the Realme C12 and Realme C15 in India on August 18. The selling points of these two is the monster-size 6,000mAh battery. 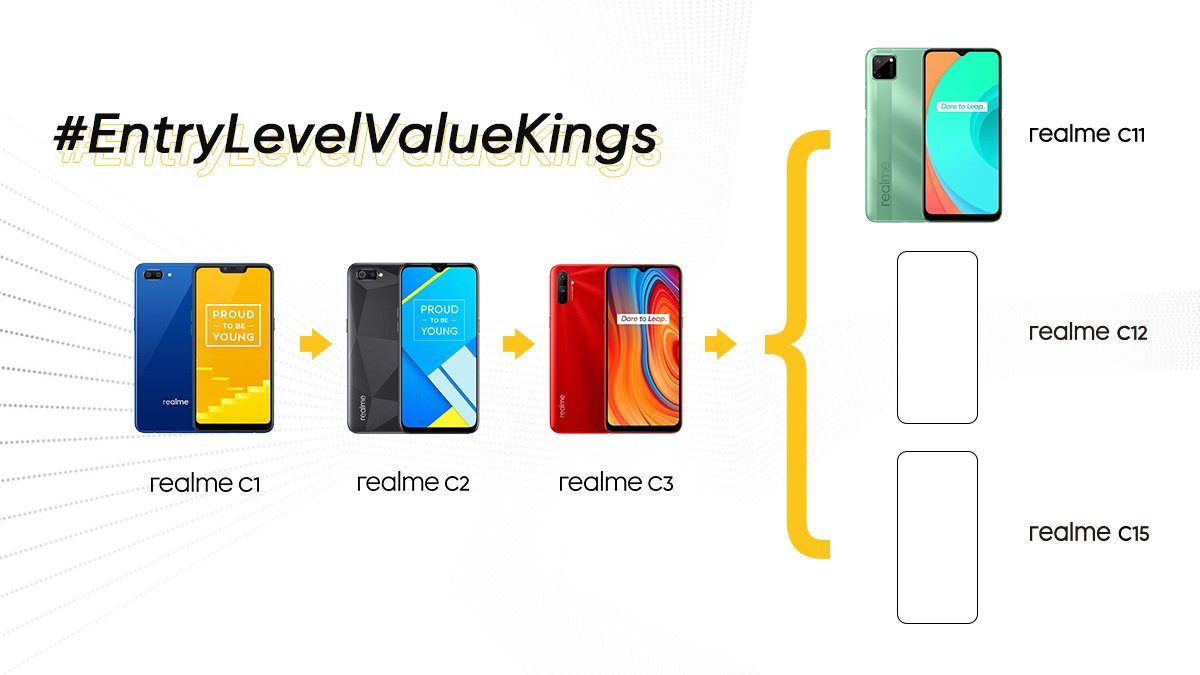 ‘As the fastest-growing smartphone brand, realme is set to offer more options at each price segment. With our zeal to provide products with the latest technology, we are introducing realme C12 and realme C15, to take C-series to another level of quality offerings for entry-level segment smartphones. Building on our Dare to Leap attitude, we will continue to deliver cutting-edge technology across various price segments,’ said Realme in its invitation for the virtual event on August 18.

As for the key features, the Realme C12 should be somewhere between the newly launched Realme C11 and the Realme 15. Besides the 6,000mAh battery, it will sport an HD+ screen with a waterdrop notch. The Realme C12 is likely to come with Android 10 out-of-the-box. The maximum charging power will be 10W.

Under the hood, it sports a MediaTek Helio G35 processor with up to 4GB of RAM and up to 128GB of storage. It runs on Android 10-based Realme UI.