Realme has been launching its C series smartphones at regular intervals. The Chinese company earlier released its Realme C15 with MediaTek Helio G35 back in August along with Realme C12. Recently, Realme C15 Qualcomm Edition has been spotted multiple times over the last few weeks. Not to mention that renowned tipster Mukul Sharma also claimed that the company is gearing up to launch a new variant of the phone earlier today. In spite of all those rumours, Realme somehow managed to silently launch its Realme C15 Qualcomm Edition. The listing was found on Realme’s website along with complete specification and pricing. 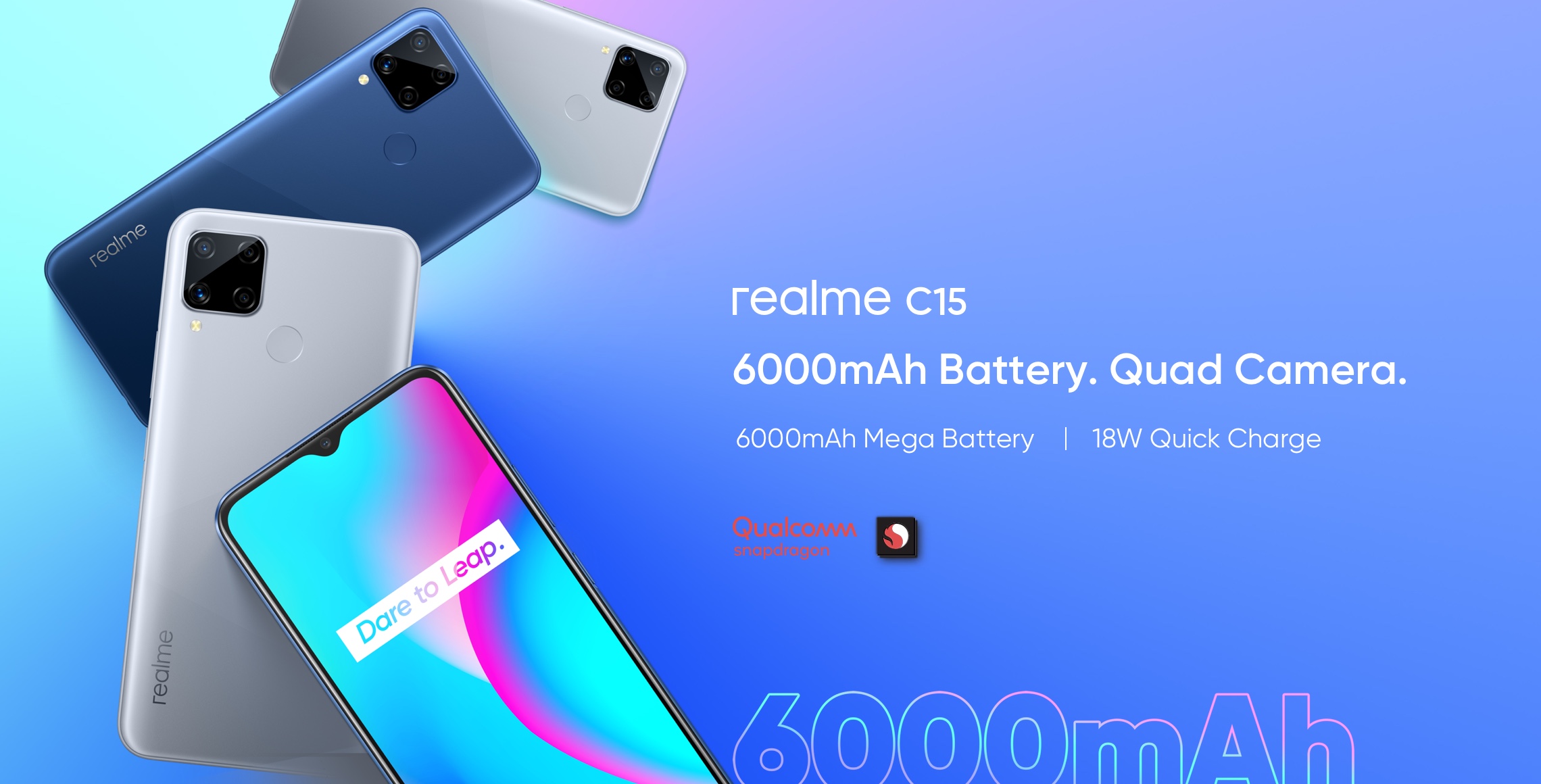 At its core, the device is powered by an octa-core Qualcomm Snapdragon 460 SoC which offers up to 1.8GHz clock speed and is based on 11nm architecture. The processor is paired with up to 4GB LPDDR4X RAM and up to 64GB of internal storage. Which can further be upgraded, courtesy of microSD card slot. There is a 6000mAh battery on the device that supports 18W quick charge (9V/2A in-box). The device also supports reverse charging.

In terms of design, the Realme C15 Qualcomm Edition follows the same path as its siblings. Towards the front, you get the usual 6.5″HD+ LCD display with 88.7% screen-to-body ratio. It attains the similar 1600×720 resolution whilst protected by Corning’s Gorilla Glass. The display has a waterdrop-style notch to house the front-facing camera.

Moving to optics, it retains the Quad Camera setup the rear with a 13MP primary camera with f/2.2 aperture, an 8MP ultra-wide-angle lens with FOV 119° alongside f/2.25 aperture, a 2MP retro lens with f/2.4 aperture and a 2MP B&W lens with f/2.4 aperture. Whereas at the front, the device gets an 8MP camera for selfies. The device gets photography functions such as Chrome Boost, Ultra Wide Mode, Beauty, Filter, HDR, Panoramic View, Portrait, Timelapse, Super Nightscape, Expert, AI beauty, Portrait Mode, Filter, HDR, Panoramic View and Timelapse. While the videography functions support 1080P/30fps video recording.

Also read: Realme C17 might arrive in India after Diwali