Realme has been churning out its C series devices by launching almost a dozen new smartphones in a short span of time. They end up competing with their own devices because most of them fall under the same price category. Recently, renowned tipster Mukul Sharma claimed that the Realme C17 might launch by late November or early December, provided there are no last moment changes. However, he did not reveal the exact launch date. The Realme C17 was originally launched in September in Bangladesh for BDT 15,990 which translates to Rs. 13,800. So, we can expect the India price of the phone will almost be similar. The device strikes similar to Oppo’s A53 in terms of specification and looks, considering them belonging under the BBK umbrella. 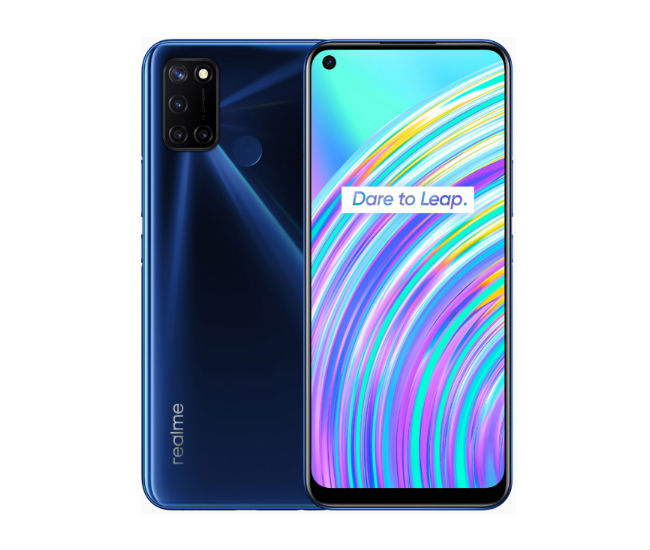 The handset flaunts a 6.5-inch HD+ LCD panel with a 90Hz refresh rate. There is also a punch-hole cutout to accommodate the front camera which features an 8MP sensor for selfies and videos. The Realme C17 measures 164.1 x 75.5 x 8.9mm dimensions and weighs 188 grams.

Whereas, 13MP main camera along with an 8MP ultrawide camera with a 119-degree FOV. Additionally, there’s a 2MP macro camera and a 2MP depth sensor.

The smartphone is powered by the Qualcomm Snapdragon 460 octa-core SoC which runs on Android 10 with Realme UI on top. This is one of the best low-end chipsets out there since it brings 4x Cortex-A73 cores + 4x Cortex-A55 cores to the table. The device is paired with 6GB of LPDDR4X RAM and 128 UFS 2.1 storage which can be further expanded via a microSD card of up to 256GB. The highlight of the phone is the Snapdragon chipset, which makes it the first C series phone since the Realme C1 to do so.

The device draws its power from a 5,000 mAh battery which supports 18W fast charging technology. On the connectivity front, the handset gets LTE, Wi-Fi, Bluetooth 5.0, GPS/ A-GPS, a 3.5mm headphone jack, and a USB Type-C port. The device is available in Navy Blue and Lake Green colour variants.