Earlier today, Realme released a new member of its GT series smartphone in the overseas market. The latest addition to the series is the Realme GT Neo 3T. It has been unveiled in the global (European) market along with the GT Neo 3. The smartphone has similar specifications to the standard Realme GT Neo 3. It features the Qualcomm Snapdragon 870 chipset and a 64MP primary camera to the rear. The Realme GT Neo 3T is a rebranded version of the China-exclusive Realme Q5 Pro. The device’s launch in other markets is expected in the following weeks. 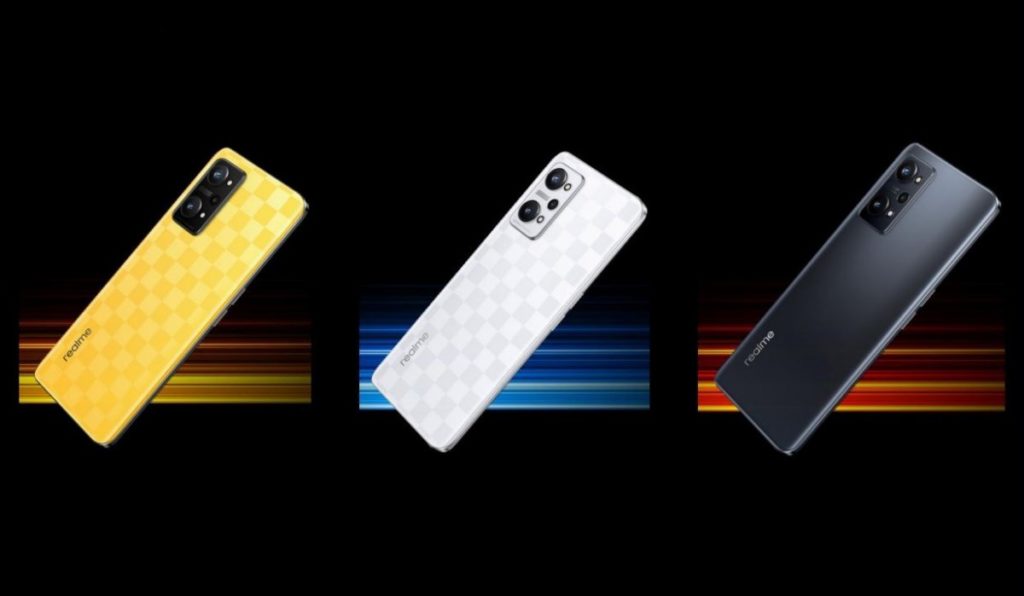 The Realme GT Neo 3T has a smaller 6.62 inches E4 AMOLED display with a resolution of FHD+. It has a refresh rate of 120Hz, HDR10+ certification and a peak brightness of 1300 nits. The smartphone will be available in three different color options. These are yellow and white with a racing flag design. It also comes in the traditional black color option. Underneath, the Realme GT Neo 3T features the popular Qualcomm Snapdragon 870 chipset. It is an octa-core chipset with Adreno 650 GPU and is built on the 7nnm process. The chipset pairs with 8GB of RAM and 128 / 256GB of storage. It runs on realme UI 3.0, which is based on Android 12 out of the box. 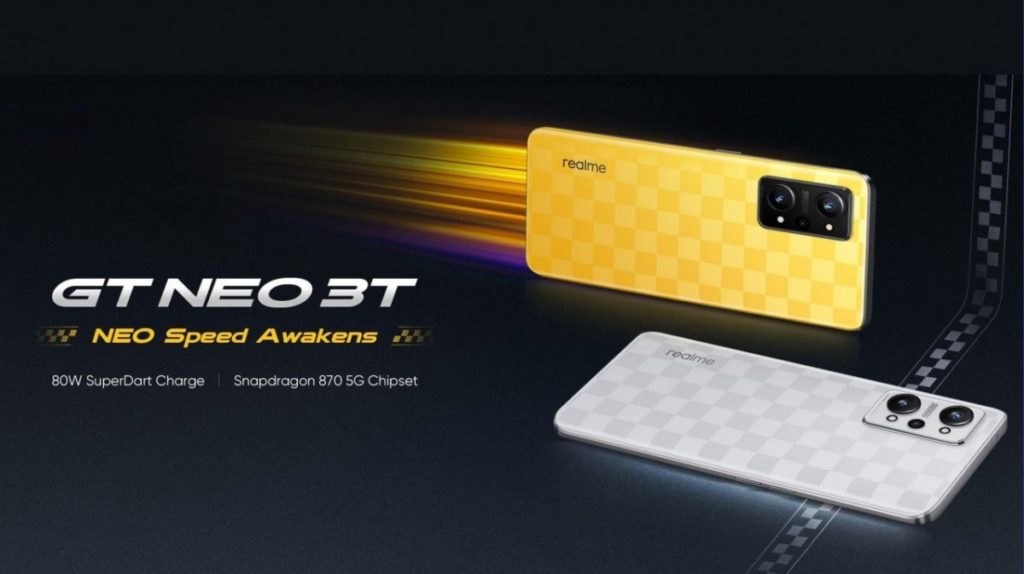 On the optics side, it features a triple rear camera setup placed in a rectangular module. The module also houses the dual-LED flash along with the triple cameras. It gets a primary 64MP sensor on the rear. The sensor is followed by an 8MP ultra-wide-angle sensor and a 2MP macro lens. All this is backed by a 5000mAh battery that supports 80W fast charging tech. The pricing of the base variant with 8GB RAM and 128GB storage version starts at USD 470 (about 3130 Yuan). In contrast, the 8GB RAM and 256GB storage version begin at USD 510 (about 3395 Yuan).