Today, Realme officially announced that its first Snapdragon 888 flagship, the Realme GT will be released on March 4.

The previous internal code name of the Realme GT is “Race”. It is considered to be a gaming smartphone, featuring a high-quality direct screen, a super-fast charging and a Snapdragon 888 chip. As early as the beginning of February, it had already obtained the network access permit and showed its true appearance through the photo of the Ministry of Industry and Information Technology. 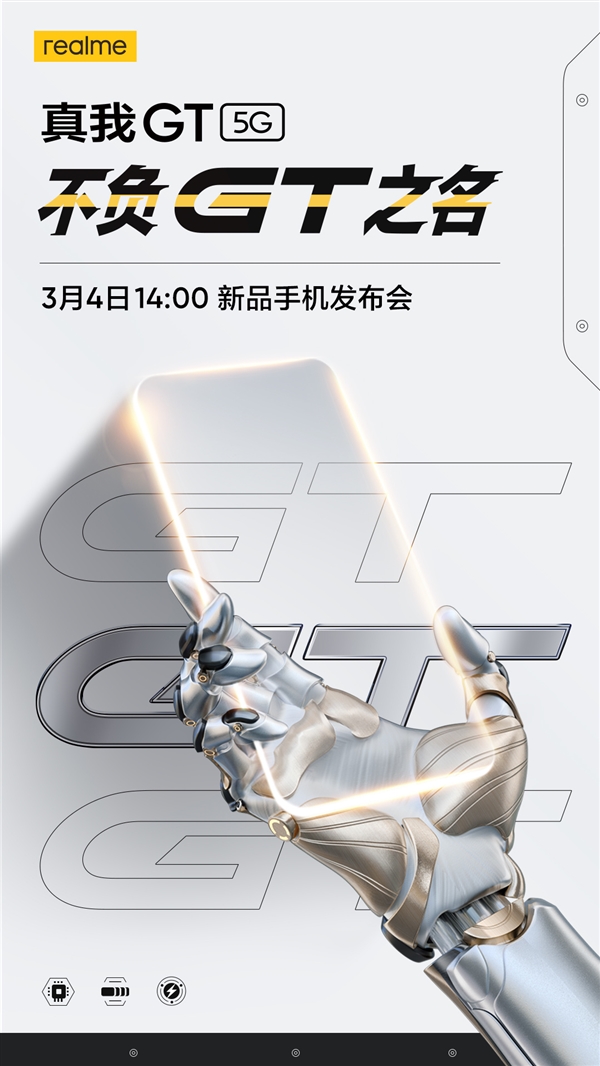 According to previous leaks, the Realme GT will adopt a rear rectangular triple-camera solution, with specifications of 64MP + 13MP + 13MP lenses combination. The screen quality is even better, with a resolution of 3200×1400. And it also supports an ultra-high refresh rate of 160Hz. 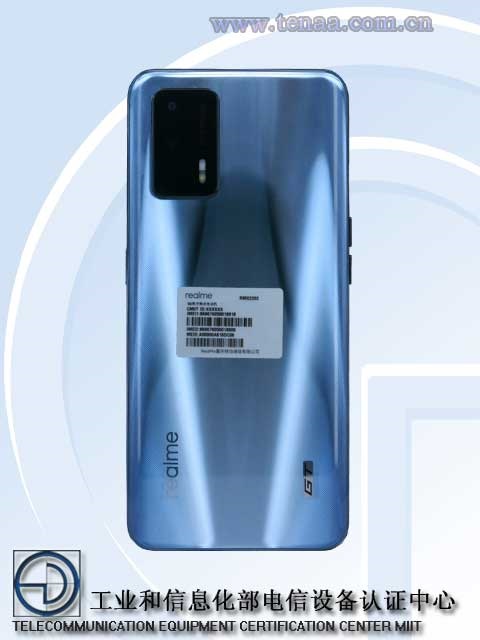 The Realme GT will be equipped with a large 5000mAh battery and support a 125W super-fast charging. This will be the most powerful fast charge technology currently on the market.

According to the release date, the phone will compete on the same stage with the Redmi K40 Pro. In addition, Realme will also release another flagship phone sporting Dimensity 1200. 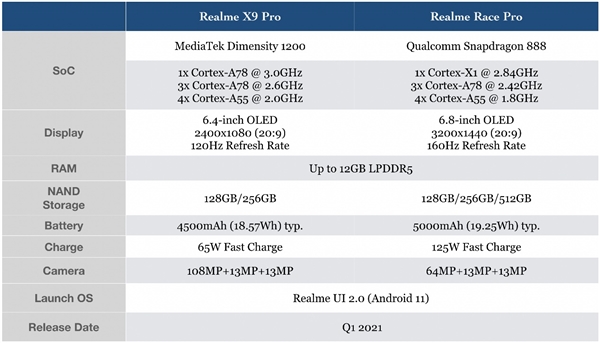 The vice president of Realme, president of China, and president of global marketing, recently pre-heated the new flagship Realme GT series. So what is GT? As he released a picture of the GTR during the warm-up of the machine a day before, some users speculated that Realme might be co-branded with GTR.