According to IDC reports, Realme is now the 5th largest 5G mobile manufacturer in China in terms of shipment. During the 3rd quarter of 2020, domestic 5G mobile phone shipments were about 49.7 million units. The 1st position was taken by Huawei, the 2nd by Oppo, the 3rd by Vivo, the 4th by Xiaomi and the 5th position by Realme. This also shows how dominating BBK electronics has been in their home turf. Three out of the five top 5G smartphone manufacturers are under their umbrella. 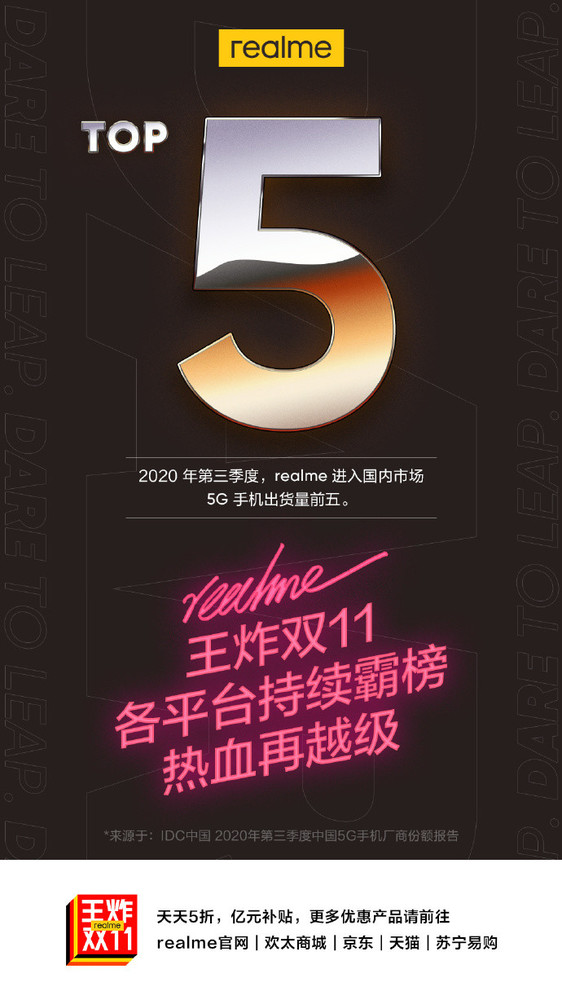 According to the previous reports, Realme shipped a whopping 14.8 million units in the 3rd quarter of 2020. A record high as well as ranking them 7th in the world. At the same time, it became the fastest mobile phone brand in the world to reach 50 million cumulative sales in just nine quarters. In addition, realme also achieved strong growth in the Chinese market during the 3rd quarter. The company’s sale increased by almost 90% month-on-month, which is a very obvious increase.

In addition, Realme has performed exponentially during the double eleven, which is considered as the largest shopping festival in China. On the very first day, Realme claimed the 4th position for top android selling smartphone brand. It created a history for itself as it was the first time that the company achieved that position in its long run. Among Realme’s smartphones, the Realme Q2 claimed the 1st position title for a newly launched product. Apart front that, during the JD Big Day, Realme also won the sales champion of mobile phone brands and the champion of mobile phone single product sales. 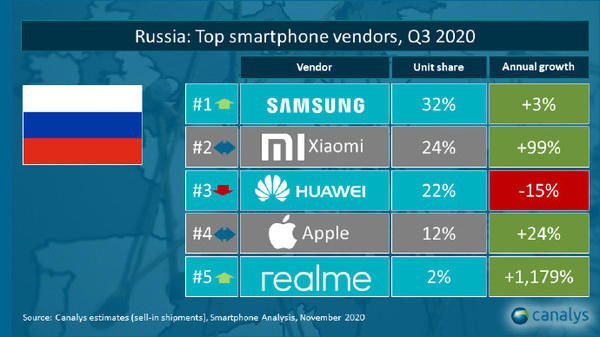 Not only in China, but Realme has also set its sight in Russia. According to Canalys, the Chinese company has claimed the 5th position in a very short time and grew unbelievably by almost 1,180%. In the Russian smartphone market, Samsung currently sits on top and grew by merely 3%, followed by Xiaomi which grew by a whopping 99%.