Well, the latest Realme Narzo 10 series are basically the redesigned and renamed developments of Realme 6i and Realme C3 for Indian buyers. They achieve a little different design on the back panel. Further, both devices configure the MediaTek processors but some contradictions in other departments.

The Realme Narzo 10 has launched with the 6.5” HD+ resolution screen along with a waterdrop notch style to host the selfie camera. The MediaTek Helio G80 chipset runs the system in collaboration with the 4GB/128GB storage slots.

For photography, the regular edition of the series equips 4-camera set on the rear with a 48MP lens in the primary role. On the reverse side, it has a 16MP shooter for selfies.

Contemplating the sibling, it also carries the same-sized display unit as its brother, but appears to be more affordable with MediaTek Helio G70 SoC. Furthermore, the handset provides 3GB/32GB storage space for data and files.

In terms of camera sensors, the Realme Narzo 10A enlists the main 12MP lens to lead the 2MP depth and 2MP macro shooters. Similarly, the opposite side decors with a 5MP f/2.4 snapper to click selfies and video chat. In others, it grabs the same 5000 mAh battery but with a 10W charging provision. 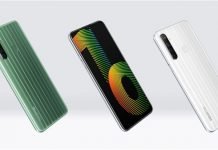 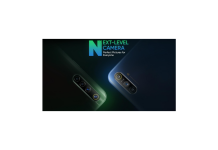