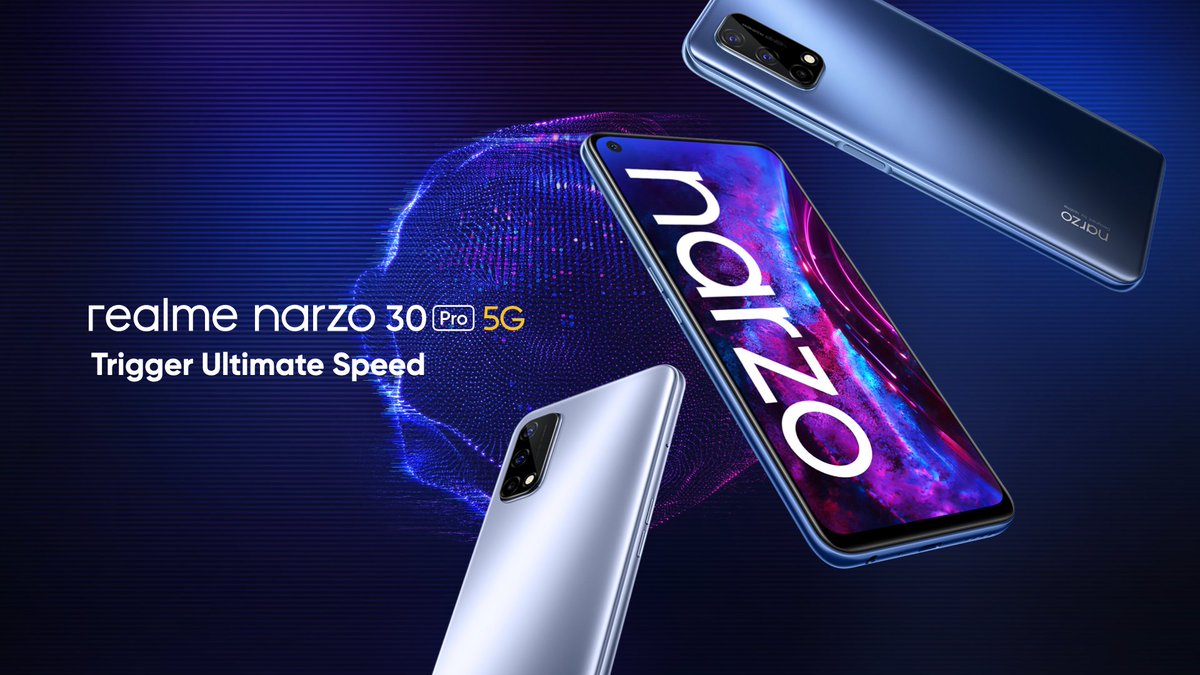 At its core, the Realme Narzo 30 Pro 5G uses the MediaTek Dimensity 800U Octa-Core SoC. The same chipset is used by the recently launched Realme X7 5G. The Chipset is 5G ready and consumers won’t have an issue opting for a 5G connectivity. It is paired with 8GB RAM and up to 128GB internal storage. The storage can further be expanded via a MicroSD card slot. The device draws its power from a 5000mAh battery which supports a 30W Dart charge. The company claims that the device will be fully charged in just 65 minutes.

Moving towards the front, the device houses a 6.5″ FHD+ IPS LCD display. With the Narzo 30 Pro 5G, Realme finally introduced a 120Hz refresh rate display that supports a 180Hz touch sampling rate. This was evident as they want to compete against POCO X3. That said, the display has a 2400 x 1080 resolution along with a 90.5% screen-to-body ratio.

For Optics, the device houses a triple camera setup at the back which includes a 48MP primary camera with f/1.8 aperture, an 8MP ultra-wide camera with 119° field-of-view and a 2MP macro camera. Whereas at the front, the device is equipped with a 16MP selfie camera. 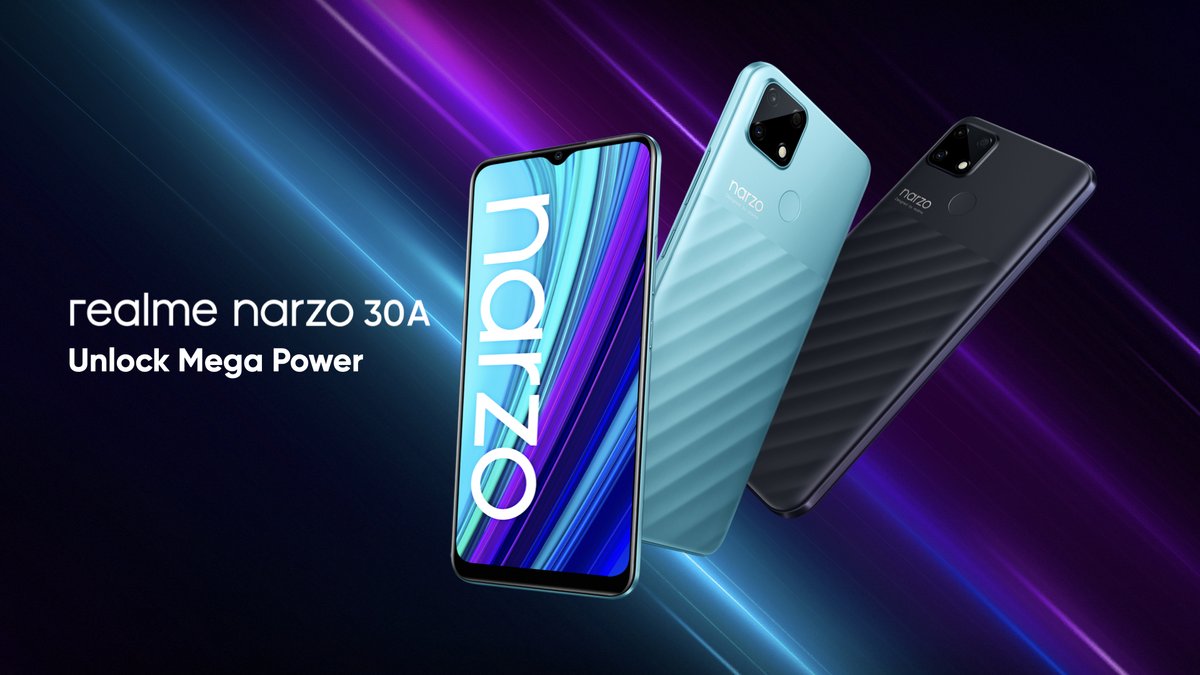 The Realme Narzo 30A is powered by an aged MediaTek Helio G85 SoC which is based on 12nm architecture. It is paired with up to 4GB RAM and 64GB internal storage. The storage can further be expanded via a MicroSD card slot. The device draws its power from a 6000mAh battery which supports an 18W fast charger.

For optics, the device houses a dual-camera setup at the back which includes a13MP primary camera and a 2MP depth sensor. Whereas at the front, the device has an 8MP camera for selfies.

Realme has implemented a duotone colour combination with the Narzo 30A and resembles somewhat similar to the Poco C3. The Realme Narzo 30A is available in two colour variants – Laser Blue and Laser Black. It starts at ₹8,999 (~$124) for its 3GB + 32GB variant and ₹9,999(~$138) for its 4GB + 64GB variant. It will be available from March 2 onwards and will be sold through Flipkart and Realme India’s Online shop as well.

Up next: Realme GT appeared on AnTuTu, scoring over 760K