Back on April 4, Realme held an event in the Philippine market where they have officially launched the budget Realme Pad Mini. The brand has been teasing the product for quite a long time now. The new device features an 8.7-inch LCD screen with a resolution of 1340 x 800 pixels. 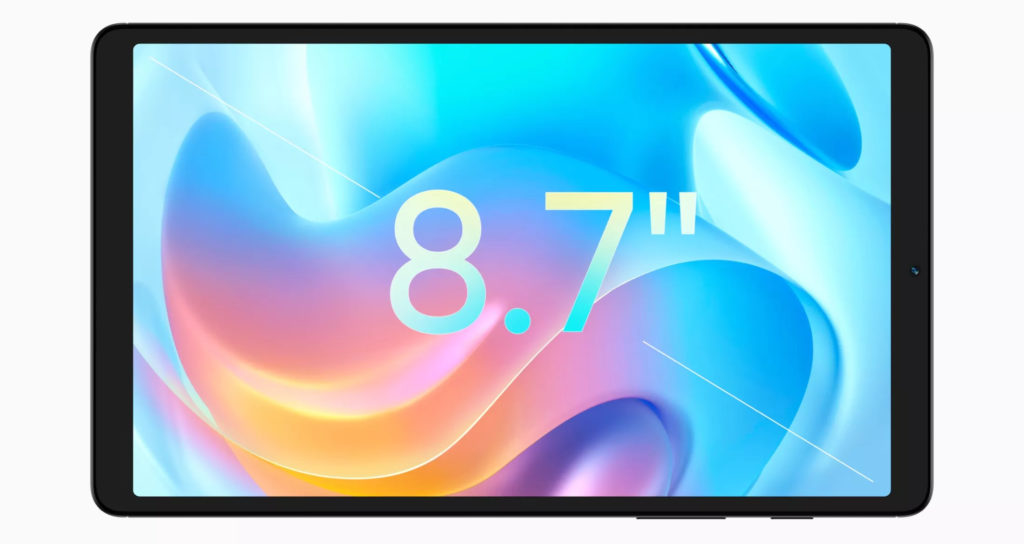 Underneath the latest Realme pad Mini, it sports the UNISOC T616 chipset, which is built on the 2nm process. The chipset supports a 4G network, and the device offers Wi-Fi 802.11a /b/g/n/ac and Bluetooth 5.0. Ziguang Zhanrui (formerly known as Spreadtrum), which is known for manufacturing UNISOC chipsets, launched the T616 chip in September last year. This is an octa-core chipset based on the LTE platform with additional enhanced imaging capabilities. On the graphics side, it features a Mali-G57 MP1 graphics core. 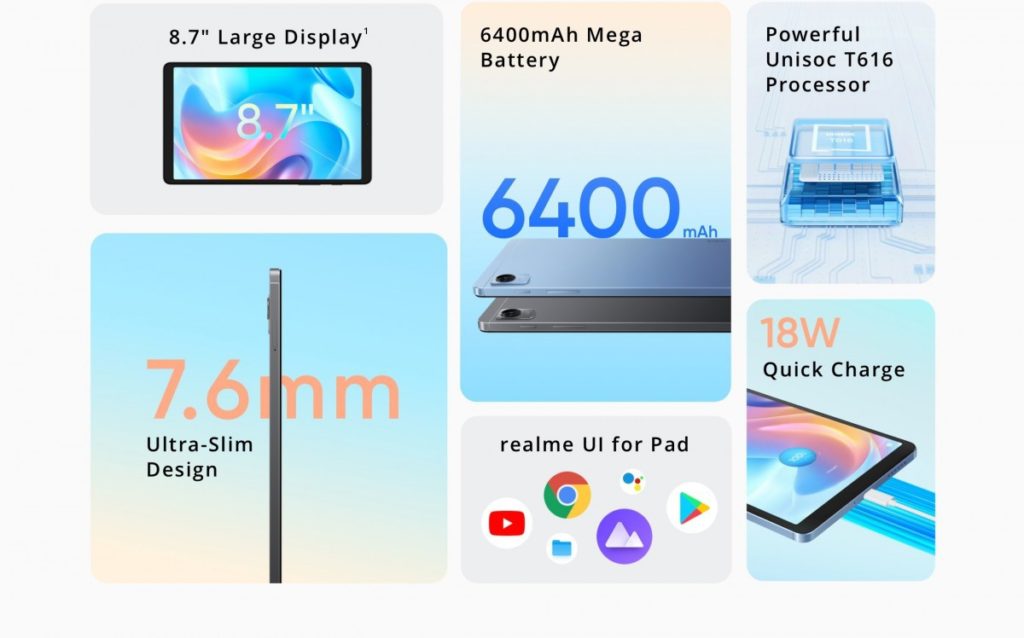 The chipset pairs with 3 or 4 GB of RAM and up to 32 or 64 GB of UFS 2.1 storage. However, the device still runs on Android 11 out of the box. It will receive only one major update, i.e., and it will be limited to Android 12. The Realme Pad Mini features a single rear camera to the rear, which is an 8 MP f/2.0 sensor. The sensor doesn’t get the assistance of a LED flash, so there will not be any meaningful use with the camera. Upfront, it gets a 5MP sensor with an f/2.2 lens which can be used for video calls and meetings.

All this is backed by a large 6400 mAh battery that supports 18W fast charging tech. It also supports reverse charging, so it will help you to charge your small gadgets. On the good side, it features a USB-C port which is very common nowadays. The tablet also sports stereo speakers and a 3.5 mm headphone jack. It weighs around 372 grams and measures 211.8 x 124, 48 x 7.6 mm. 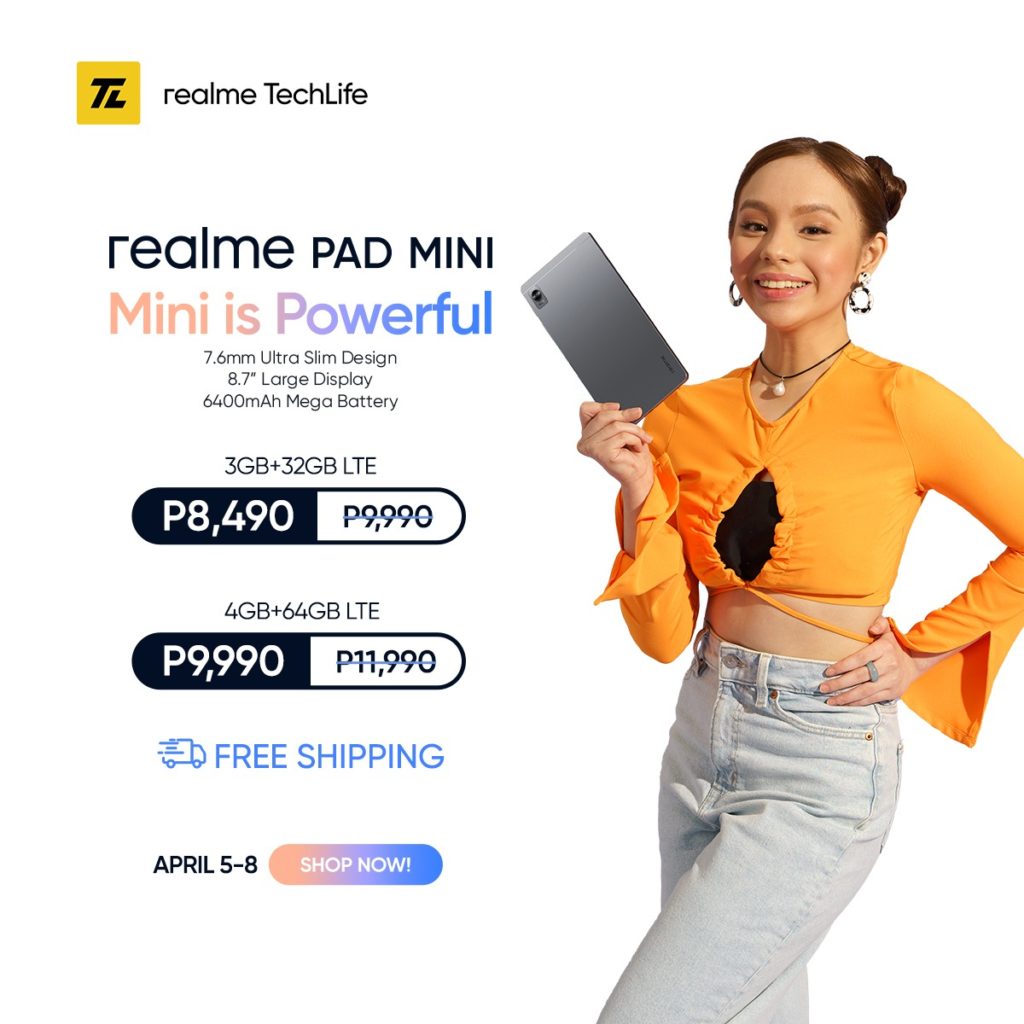