Realme unveiled several smartphones and other smart products this year. The smartphones ranging from entry-level to flagship-level were made official. However, several patents from the Chinese smartphone maker also revealed the company’s future plans. In such a patent surfaced on CNIPA, Realme seems to be testing different lens patterns on the rear-camera module. 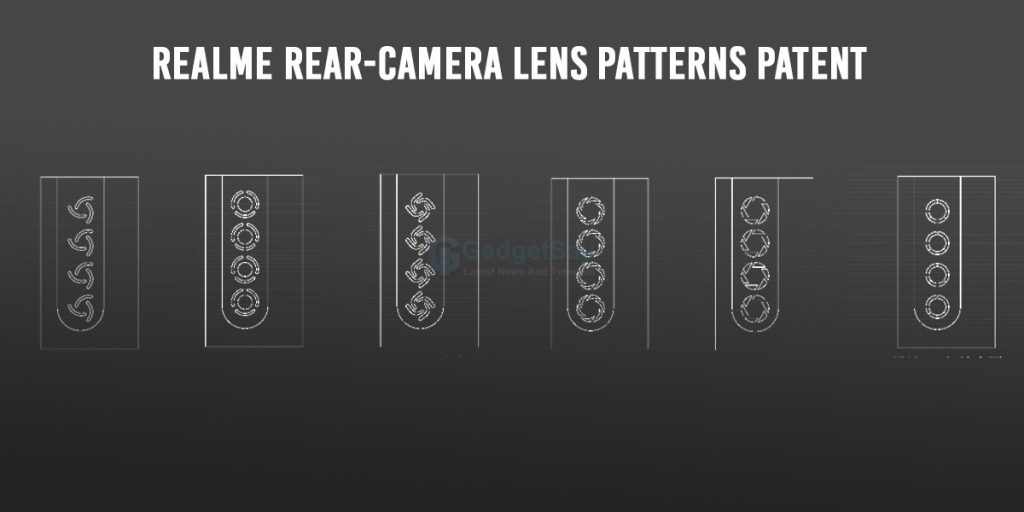 Must See :Realme Watch S Pro and Buds Air Pro Master Edition will be released in India on December 23

The designs look quite refreshing and would aid in improving the rear look of the device. However, any technicality behind these patterns is unknown. These can also be termed as shutter designs of the rear-camera modules on upcoming Realme smartphones. You can have a look at the enlarged view of these patterns for better understanding.

It would be interesting to see these designs on the new smartphones such as Realme Race next year.

On the other hand, Realme launched Realme Watch S and Watch S Pro in India. Meanwhile, the company is planning to bring Realme X7 Pro too in some other countries. Realme Race is part of upcoming flagship series which will feature Snapdragon 888. The device has been teased multiple times on Weibo by Realme officials. It is expected to bear model number RMX2022.