Realme recently shared the ambitions to enter the IoT market by introducing various smart devices in the coming time. They are purely creating a whole ecosystem of Realme devices which can be connected with a single Realme Link application. However, the place for new and advanced smartphones will always be there, no matter whatever device gets launched. On the same lines, Realme has patented a few new smartphone designs featuring different camera placements on CNIPA. 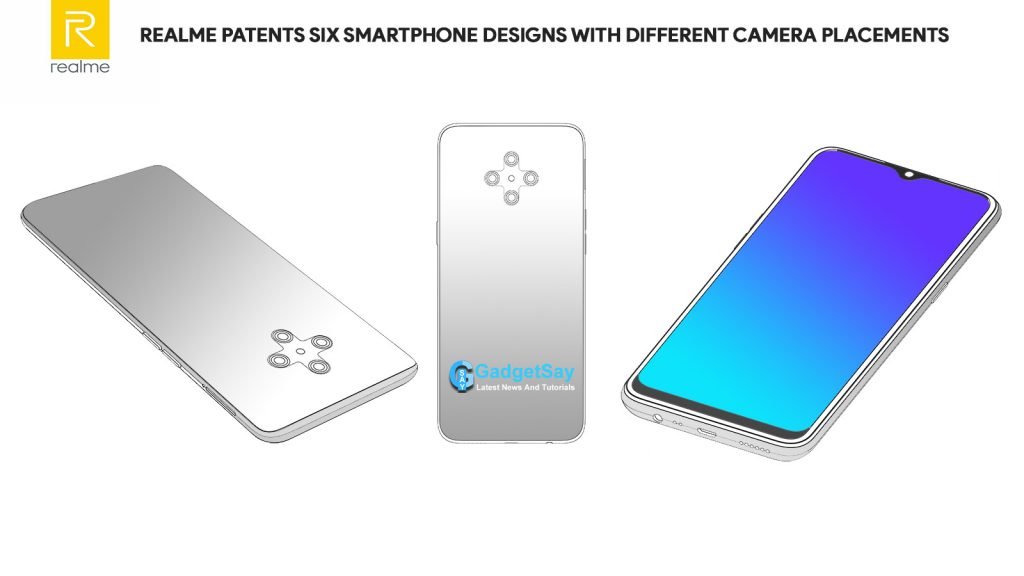 In total, there are six camera patents that the Chinese electronics company has just got approved. Each patent has different rear camera design, but the front side remains the same with single-camera encased inside waterdrop notch display.

All the designs feature the power button on the right side while the volume rockers sit on the left side of the device. As like in most of the cases a 3.5mm audio jack, USB Type-C port and speaker grill are placed at the bottom. 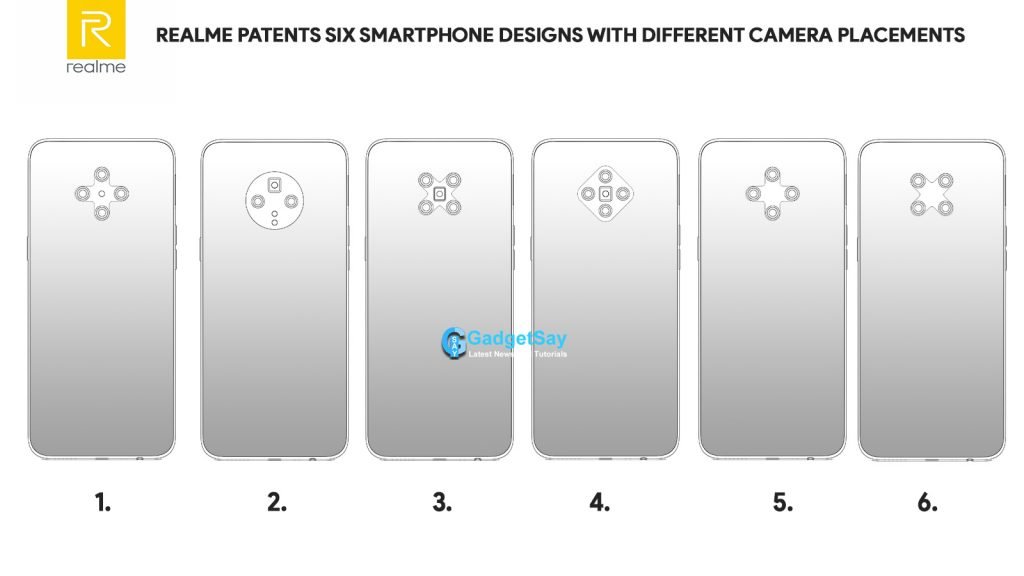 Below we are discussing each of the six designs:

Design 1: The design features a quad-rear camera inside a cross-shaped module. An LED light sits in the middle of the smartphone.

Design 2: The first and foremost design features a triple rear camera module with a dual-LED flash. The circular module resembles most of the smartphones from its competitors.

Design 3: A Saltire shaped camera module is present on the rear side and it resembles the Poco X2 Pro. It is a Penta-camera module.

Design 4: It houses a quad-rear camera module with an led flash in the middle. However, we are not sure whether it is an LED flash or fifth camera sensor. However, the camera sits inside a quadratic design module.

Design 5: It resembles the design 1, but without the fifth sensor. A normal cross-module is giving it a strange look.

Design 6: The design carries similarities from Design 3 and does not feature a fifth camera sensor.

We can’t comment on the availability of these designs on any of the upcoming device until and unless there’s an official confirmation. These renders look quite practical and we expect a Realme device in the upcoming few months possessing the same design.