Realme RMX2112 or speculated Realme 7 Pro has once again appeared on some certification. After making an appearance on 3C a few days ago, the Realme RMX2112 is spotted on TENAA. However, full listing details are not out yet but scare details have been confirmed with the partial listing. 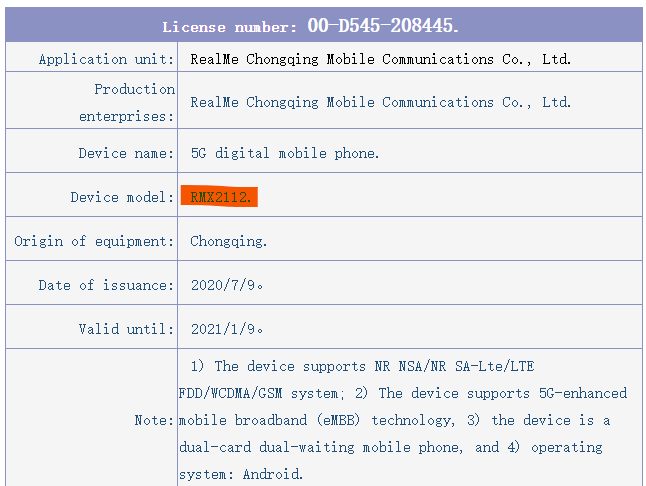 The listing confirms the presence of 5G support, and we expect other details to surface soon. According to 3C certification, the new smartphone supports 30W fast charging carrying three charger model numbers including VC56HACH, VC56GACH, and VC56JACH. It appeared on 3C along with another Realme RMX2111 model number.

Apart from this, there’s isn’t much information about both the devices. We expect it could be another mid-range device.

Realme is also working on some other smartphones too, and have even registered some design patents. However, there’s hardly any other information about the upcoming devices.

We expect some more details to surface in the coming few days.

Related: Realme to announce its own 125W fast charging technology too