Realme still has a lot of surprises left for this year after launching multiple smartphones and other accessories already. The company on the verge to launch the new Realme X3 Pro 5G smartphone along with Realme Q Buds in India. There are various speculations about the device specs and design as only partial and unconfirmed information is revealing on the web. However, to bring some clarity a device with model number Realme RMX2121 has appeared on TENAA and MIIT unleashing some useful information.

We can see a single punch-hole camera on the front which is unlikely if we speculate it to be the Realme X3 Pro.

According to TENAA certification Realme RMX2121 features a 6.55-inch display, 2200 mAh dual-cell battery (4400mAh). The smartphone measures  160.8 x 75.2 x 8.5mm in size along with support for dual-SIM and dual-standby. Moreover, it features support for Bluetooth and GPS. It is a purely 5G smartphone with enhanced mobile broadband (eMBB) technology and runs on Android OS (ANdroid 10 most probably). 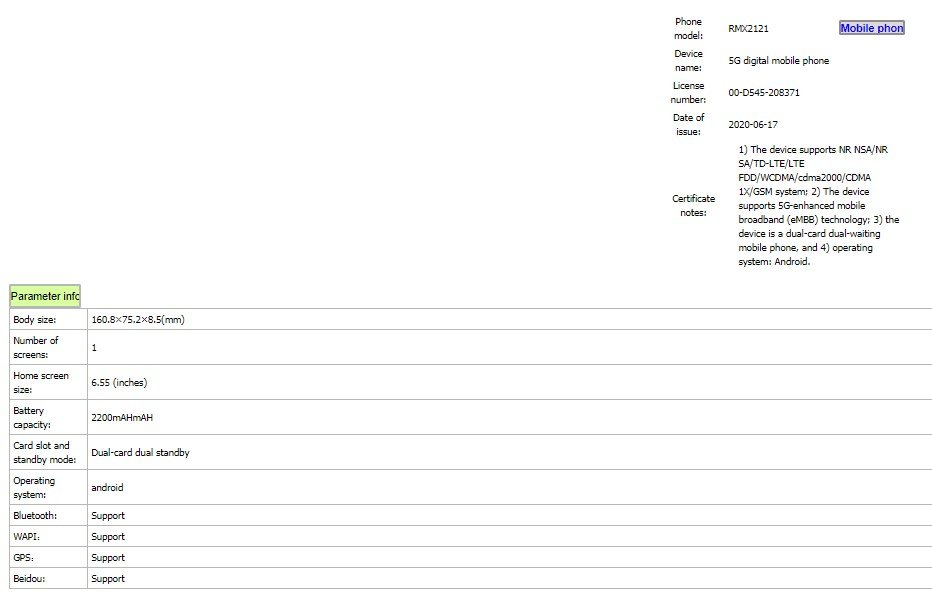 There’s hardly any additional information on MIIT certification. In conclusion, we can say that the Realme X3 launch is nearing. It is expected to launch in India on June 25 along with Realme Buds Q. 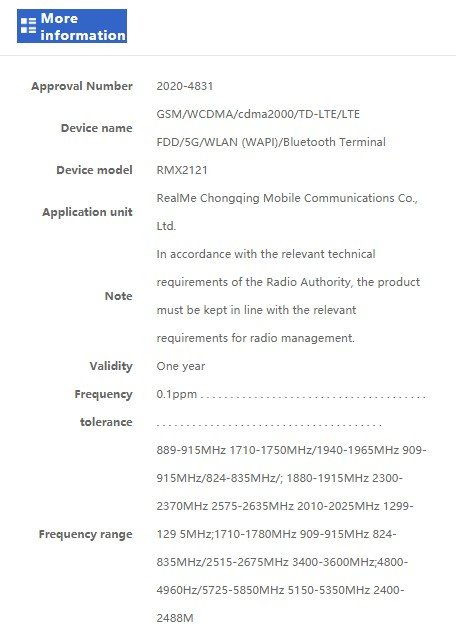 Realme is working on various new smartphones that could launch in the next few months.

ON the other hand, Realme X3 is also in words and is expected to feature a 6.57-inch full-HD+ display coupled with an octa-core processor. The smartphone houses a 12 GB RAM and 256GB internal storage. There will be a 4100 mAh battery, a dual-selfie camera with a 16MP, and 2MP sensors.

Related: Realme RMX2185 aka C11 makes an appearance on SIRIM and NBTC