After making a swift appearance on TKDN Indonesia Certification, the unknown Realme RMX2185 appears on Eurasian EEC Certification. Despite some non-essential information, nothing new about the device specification or availability is revealed. The EEC Certification only mentions about the registration date, manufacturer detail, and the model number. 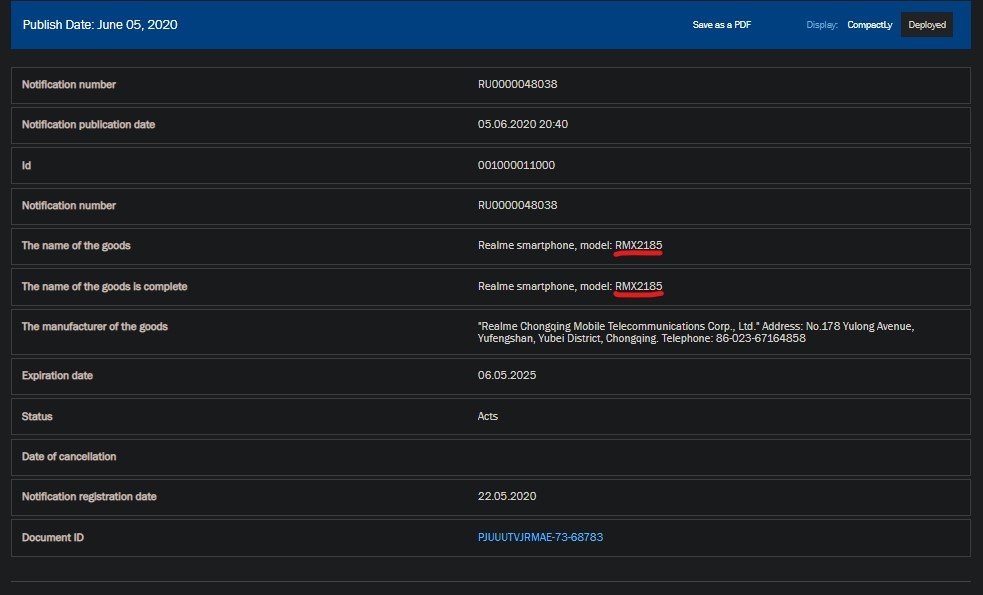 However, the actual device name is still unknown, but it could be a new variant of Realme X50t or some other device. It is hard to make assumptions about the specifications of these unknown devices, as there are barely any details on both the TKDN and EEC.

Realme RMX 2185 recently appeared on the TKDN Indonesia giving us a hint about its 4G compatibility.

The recently revealed BLP803 battery of 4890 mAh capacity from Realme might be for the Realme RMX2185 smartphone.

Apart from the Realme RMX2185, the company is working on multiple devices. Some more information about the smartphone is awaited in the coming few days. We expect the smartphone to unveil by next month.