There are several upcoming Realme devices that are in pipeline and some have even started appearing on public certification websites. Similarly, RMX2201 is a new smartphone that has bagged TENAA certification just a day after it appeared on MIIT in China. Unlike yesterday’s appearance, today’s listing reveals some interesting details about the smartphone. 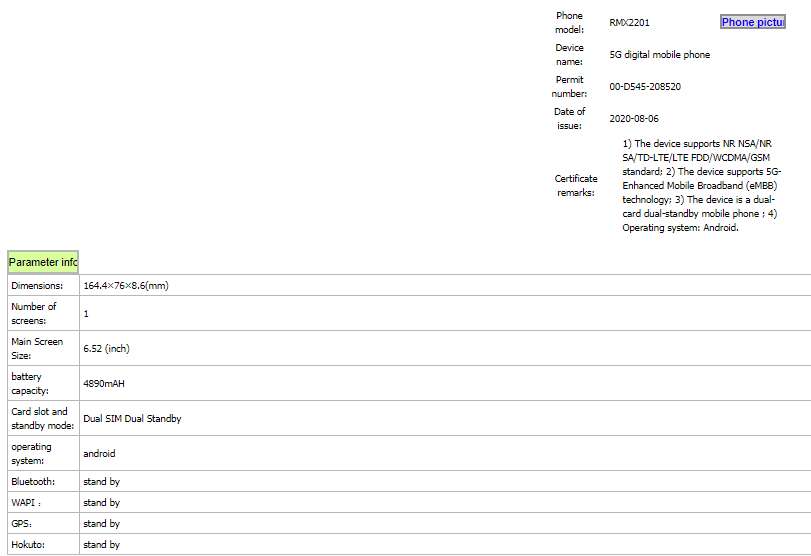 Realme RMX2201 is a dual-band 5G smartphone as TENAA has given remarks as “The device supports NR NSA/NR SA/TD-LTE/LTE-FDD/WCDMA and GSM Standard.” Moreover, there’s a 6.52-inch display, 4890 mAh battery which is enough for a couple of days on normal use. It is a dual SIM dual-standby device and measures 164.4 x 76 x 8.6mm. However, the images of the smartphone have not yet appeared, but we expect some renders to surface within the coming few days.

The smartphone runs Android but the certifications sans any additional detail about its software.

The smartphone also appeared on the MIIT revealing the presence of 5G support. It even appeared on SDPPI.