Realme is working on several new smartphones, and some designs have even appeared via the patents. In the same aspect, a new Realme smartphone patent has appeared on CNIPA along with with some other details. The smartphone appears to be bearing a Penta-camera module with dual LED flashlights. However, there’s not even a single device from the Realme with a penta-rear camera module. 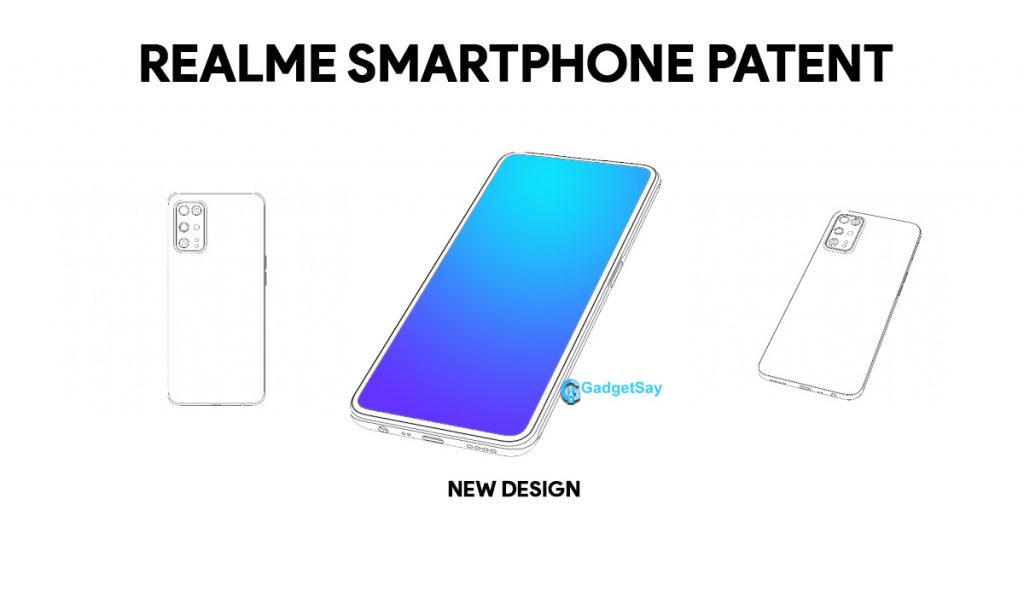 The new came design patent fro Realme also houses a dual-LED flashlight. It appears to be featuring a side fingerprint scanner with a power button on the right side of the device. However, volume rockers can be seen on the left side of the smartphone with a SIM slot. At the bottom side, the USB Type-C port, Audio 3.5mm port, and speaker grills are present.

On the front side, the smartphone features an earpiece within the bezels of the display. There are hardly any other details about the smartphone available as of now.

Related: Realme X7 and X7 Pro released: what are the main differences?