Realme is among the brands that really stood out in 2019, gaining impressively against other players in the industry and now the company seems to have its sight set on conquering the Indian market. They are also betting on smartphones as they expand their product portfolio. Realme launched its first smart band in early 2020 and now it’s set to unveil a smartwatch and a Smart TV.

We’ve been given a preview of the smartwatch design but very little is known about the smart TV. New details just emerged from the Bureau of India Standards (BIS). According to the BIS certification. The new smart TV follows the same naming convention we’re accustomed to. That’s JSC55LSQL which denotes a 43-inch panel. This is not the largest panel yet. But we suspect that’s just a strategy game Realme is playing, in order to test the market by offering it at a low price.

We expect that it’s just a matter of time before we see larger screen size TVs from Realme. So far that’s all the information we can gather about the latest product. Nonetheless, a good start. It’s probable that we’ll see new product announcements in a couple of weeks from now. The Realme 43-inch is expected to hit the shelves within this quarter.

Realme has not disclosed the software that will power its new TV. Whether it’s an upgraded Realme UI  or something else, we can only wait to find out. In case you’re hearing about Realme for the first time. Then it’s worth mentioning that the company was founded in May 2018. Is owned by BBK Electronics and is based out of Shenzhen, China. Their product range includes earphones, smartwatches, fitness bands and now Televisions. That’s it for now! 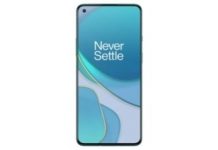 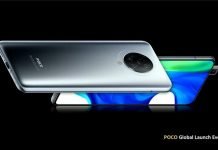 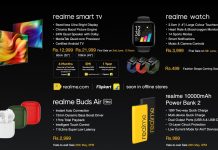