Realme has been launching new smartphones almost every week. Earlier today, the company has launched the Realme V13 5G in China. One of the positive aspects of Realme is that the company is introducing 5G smartphone at every price point. The question is if they are willing to launch those in the global market. The Realme V13 5G smartphone will lock horns with the Redmi Note 10 5G smartphone, launched by Xiaomi in China earlier this month. Both of them are powered by the MediaTek Dimensity 700 chipset. Apart from that, the Realme V13 5G also features a 90Hz display, triple rear camera setup and a big battery with fast charging support. 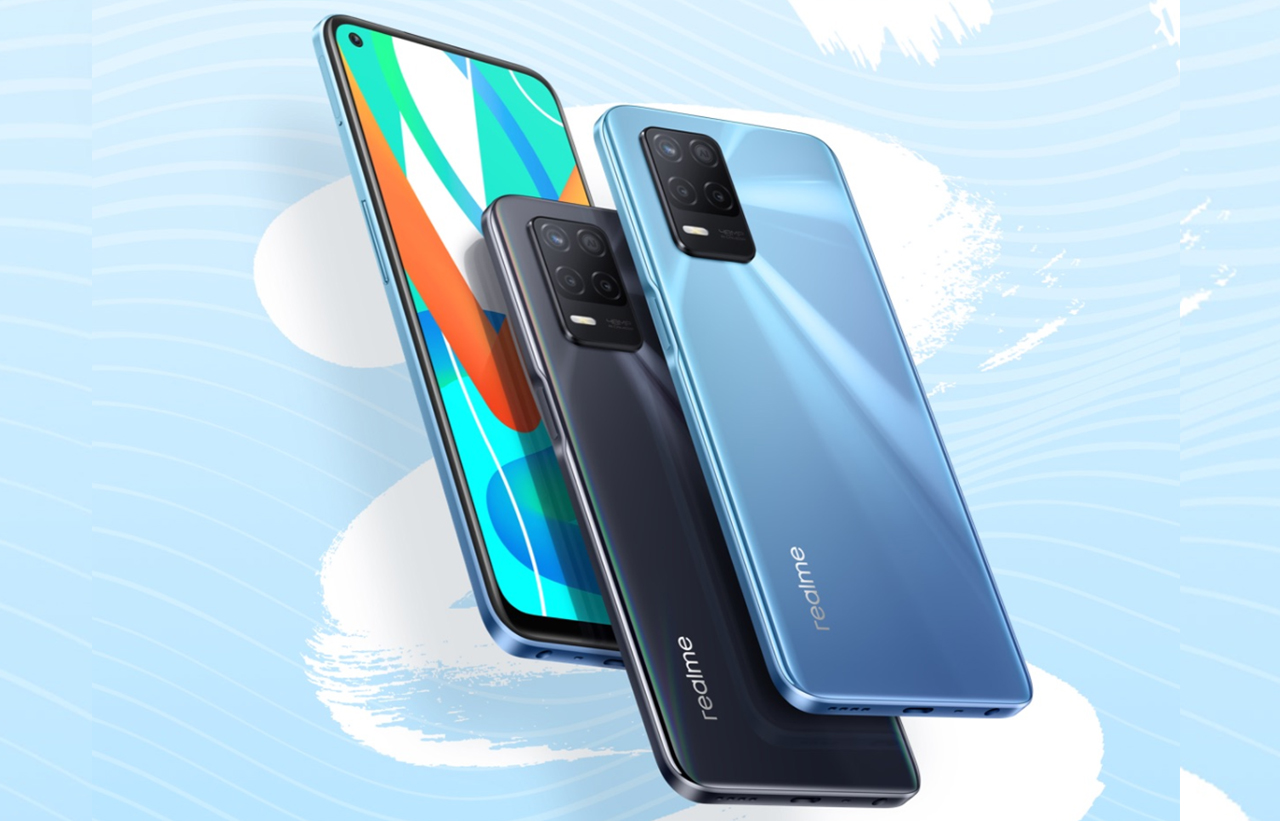 At its core. the Realme V13 5G is powered by an octa-core MediaTek Dimensity 700 SoC. It is paired with up to 8GB of LPDDR4x RAM and up to 256GB UFS 2.1 internal storage. There is a dedicated microSD card slot onboard for additional storage. It runs on Realme UI 2.0 which is based on Android 11 OS. The handset measures 8.5mm in thickness and weighs 185 grams. It offers a screen-to-body ratio of 90.5 per cent.

Moving towards the front, the Realme V13 5G flaunts a 6.5″ FHD+ IPS LCD which has a punch hole to accommodate the front camera. The device supports a 90Hz refresh rate, a 180Hz touch sampling rate, and the brightness maxes out 600nits.

For optics, the device houses a triple camera setup at the rear which includes a 48MP primary camera with f/1.8 aperture and 6P lenses, a 2MP macro sensor and a 2MP monochrome depth sensor. One of the only drawbacks of the rear camera setup has to be the exclusion of the Ultra-wide camera. Even ultra-budget smartphones are offering it. Whereas at the front, the device houses an 8MP camera for selfies.

The Realme V13 5G draws its power from a 5,000 mAh battery, with 18 watt fast charging support. For connectivity, the phone includes 5G, 4G LTE, Wi-Fi, Bluetooth, GPS / A-GPS, USB Type-C and a 3.5mm headphone jack. Apart from this, it also has a side-mounted fingerprint sensor.

Pre-orders have already started for the device from today onwards. Whereas, its first sale will commence on April 2. At the same time, information about the global launch of the phone has not been made public at the moment.