Last month that is in March 2022, Realme launched a device under the Realme V series named as the Realme V25 Guochao. Realme has today unveiled another V series device dubbed as the Realme V23. The device is also positioned as a “super-large memory Guochao mobile phone. It is all set to go on sale tomorrow. The new Realme V23 adopts the design of the glazed phantom color. 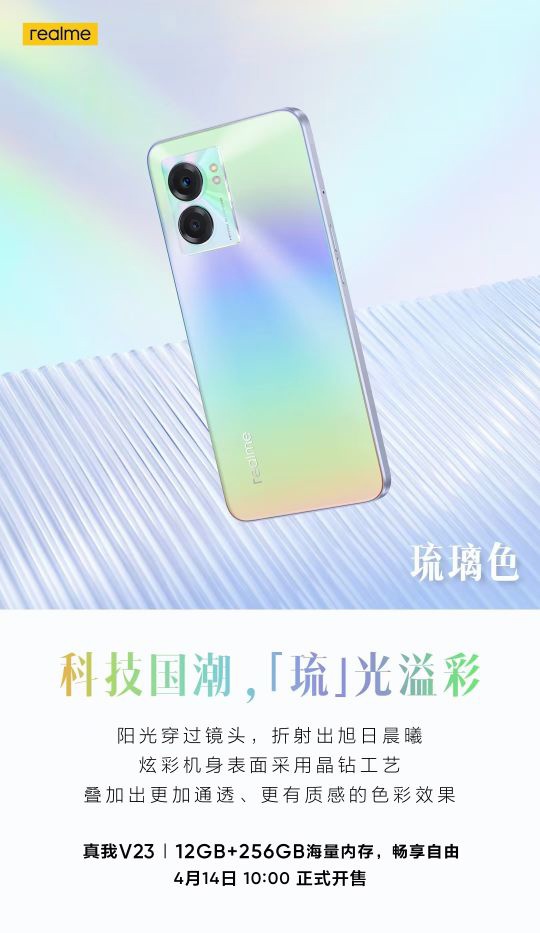 The product seems to reflect the rising sun and dawn in the sun. The surface of the dazzling body is made of crystal diamond technology. The same superimposes a more transparent and textured color effect. At the same time, Realme V23 will be available in two color options which are Glass Magic and Gravel Black. 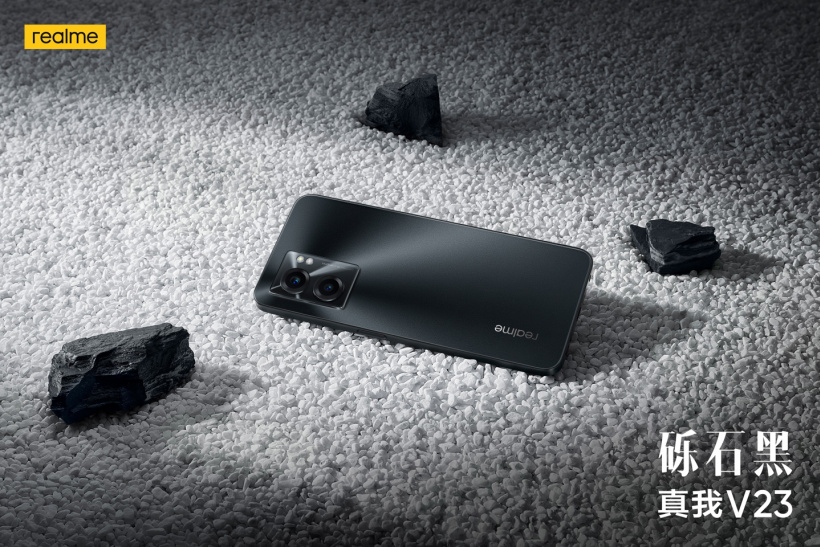 Realme V23 will be available with 8GB or 12GB and with a single storage option, i.e., 256GB. The device is backed by a large 5000 mAh capacity battery and supports 33W flash charging tech. However, during the launch, the official has not announced all the configurations of the phone. But the phone has appeared in the China Telecom Tianyi product library before, which reveals some of its specifications. 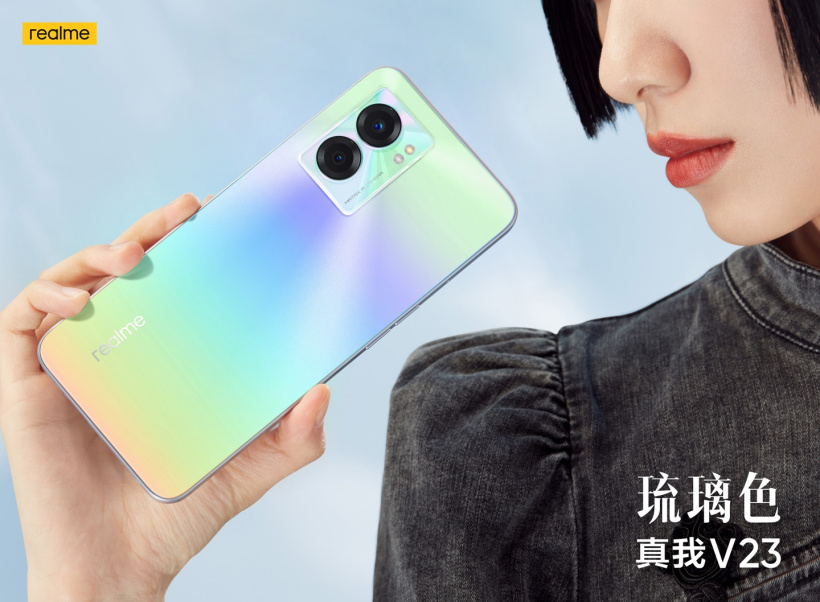 The listing confirms that the phone will be paired with the MediaTek Dimensity 810 chipset. It will use a 6.58 inches waterdrop screen with a resolution of 2408 × 1080 pixels. The power button will integrate the fingerprint scanner. It will run on Android 12 out of the box on top of Realme UI 3.0. It has a dimension of 163.8 × 75.1 × 8.0mm and weighs 186g. The new Realme V23 will have an 8MP sensor on the front. It will feature a 48MP primary and a secondary 2MP sensor on the rear. 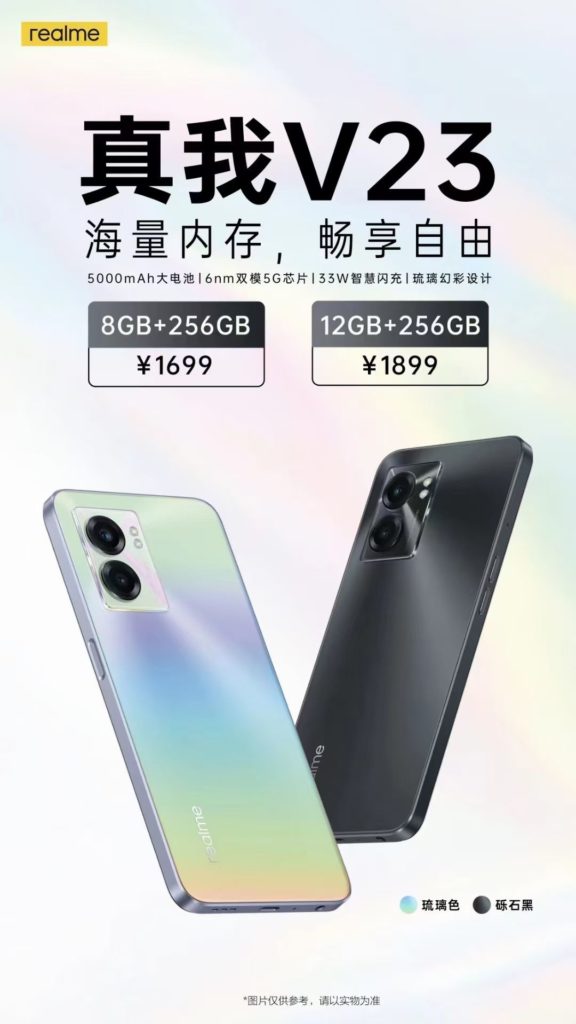