Realme was taesing some new series of smartphones from past several days. Realme V5 was officially teased in a new poster via official Realme Weibo handle. Just after the confirmation of the Realme V5 smartphone, popular laeker Digital Chat station psoted some details about the specs. 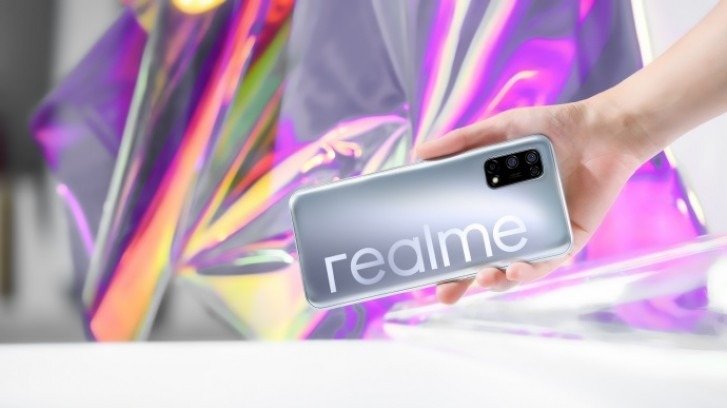 According to Digital Chat Station, the Realme V5 will come with 6.5-inch punch hole LCD display, 120Hz refersh rate, and a side fingerprint unlock mode. There will be a quad-rear camera featuring 48-megapixel primary sensors, 8-megapixel lens, 2-megapixel and anohter unknown lens. Moreove,r there will be a 16-megapixel front sensor for selfies and video calling. 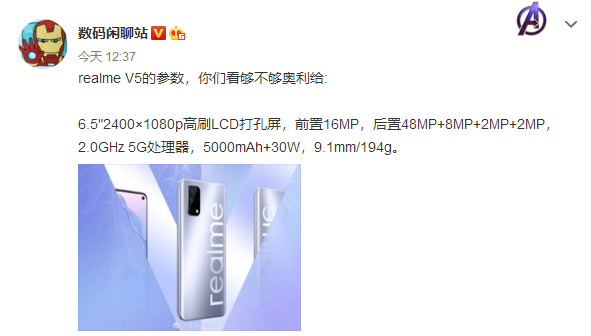 Realme V5 will be pwoered with MediaTek Dimensity 800 SoC wuith 2.0GHz clokcing speed. If we consider thes specification real, then it is expected to be a mid-range device.

On the other hand, Realme executive, Xu Qi confimed it coming by “early August.” The expected pricing will be under 1000 Yuan. It is said to be the same device which was spotted as RMX2121 via TENAA last month.

However, we have to wait for the cnfirmation via official source. Stay connected with us, we will keep you updated when any new infomration arrives.

Related: Realme 6i launching on 24 July and Oppo Reno 4 Pro on 31st July in India