After the success of the Realme GT Neo2 series, now the brand is gearing up for the successor of the smartphone. As per the previous reports, it was known that Realme would be soon launching the Realme GT Neo3 series. The CMO of the brand had already teased the device. A few days later, i.e., today, the brand has officially confirmed the launch of its new product, GT Neo3, through a post on the Chinese microblogging platform Weibo. According to the post, Relame will launch the device in an event scheduled on March 22, which will start at 14:00. It was also shared by the official Twitter handle of the brand. 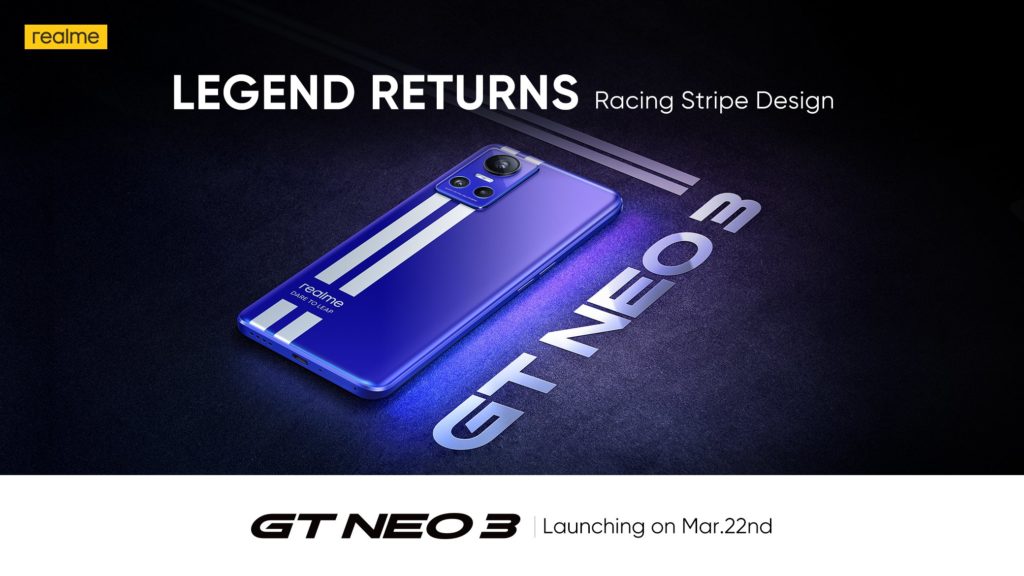 The teaser confirms the design of the upcoming device, and it shows the rear panel. As per the teaser, it has a triple-rear camera set up in a rectangular module. Like most devices, it also protrudes over the glass back. It also features Le Man’s speedway-inspired stripes below the camera module. The teaser also reveals the placement of volume rockers. Along with the Realme GT Neo3, the brand will also launch the Le Man’s edition of the device. 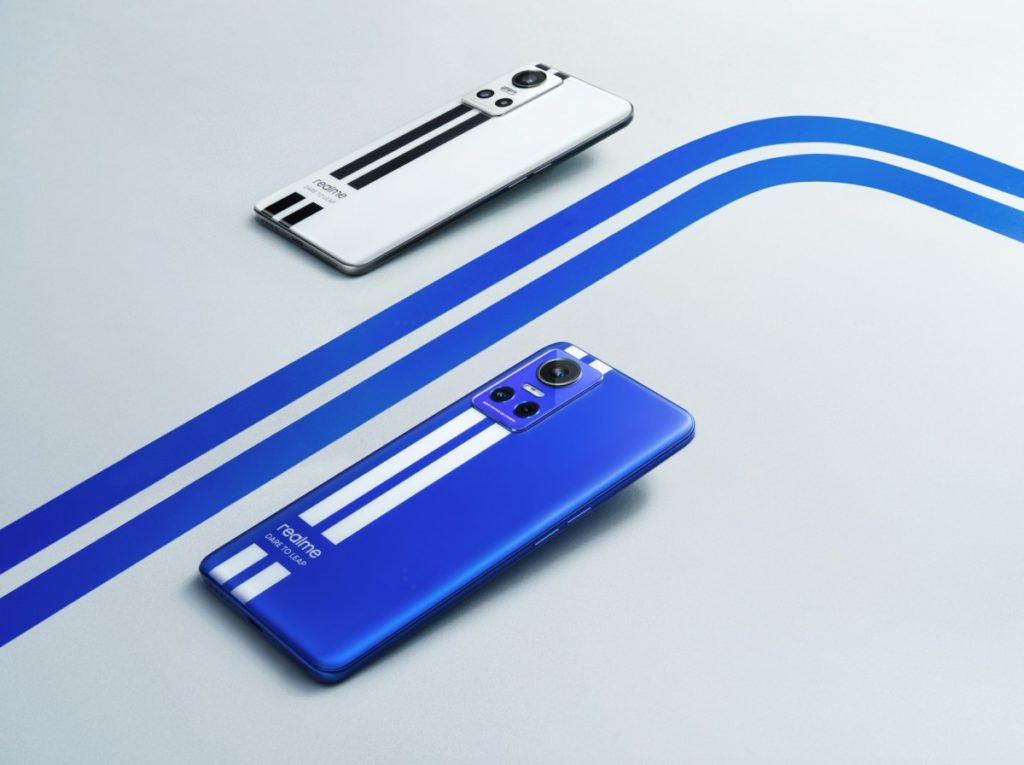 The device would be available in both blue and white color options. The brand also officially announced that the new smartphone would come with the world’s first 150W charging tech. It would be the fastest mobile phone charging technology at present. There will also be a lower 80W variant. The new 150W charging tech can charge up to 50% in 5 minutes as per the brand. It would take up to 15 minutes for a full charge with the 4500mAh battery. It also boasts German Rheinland safe, fast charge certification. The brand claims that it is durable up to 1600 cycles of charge and discharge, which is double the industry standard. 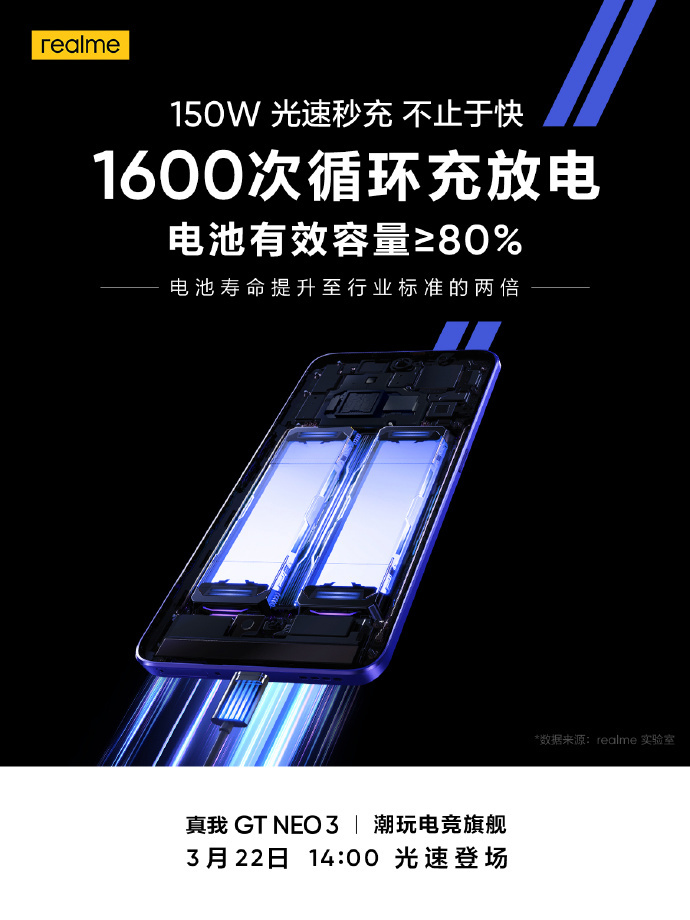 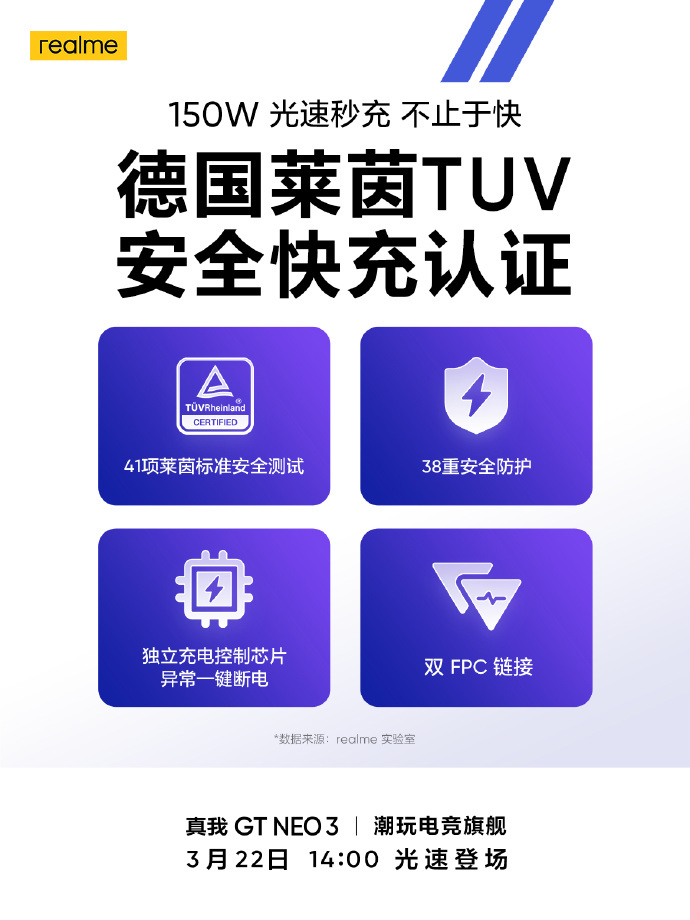 As per previous reports, it will sport a 6.7-inch AMOLED screen with a punch-hole to the center. It has a straight screen design and will have a resolution of FHD+. The display is said to sport a 120Hz refresh rate. Underneath the new GT Neo3, it will feature the Dimensity 8100 processor and is built using TSMC’s 5nm process. The chipset will pair with LPDDR5 memory and UFS3.1 flash memory storage. The device will run on the latest Android 12 out of the box and based on Realme UI 3.0. 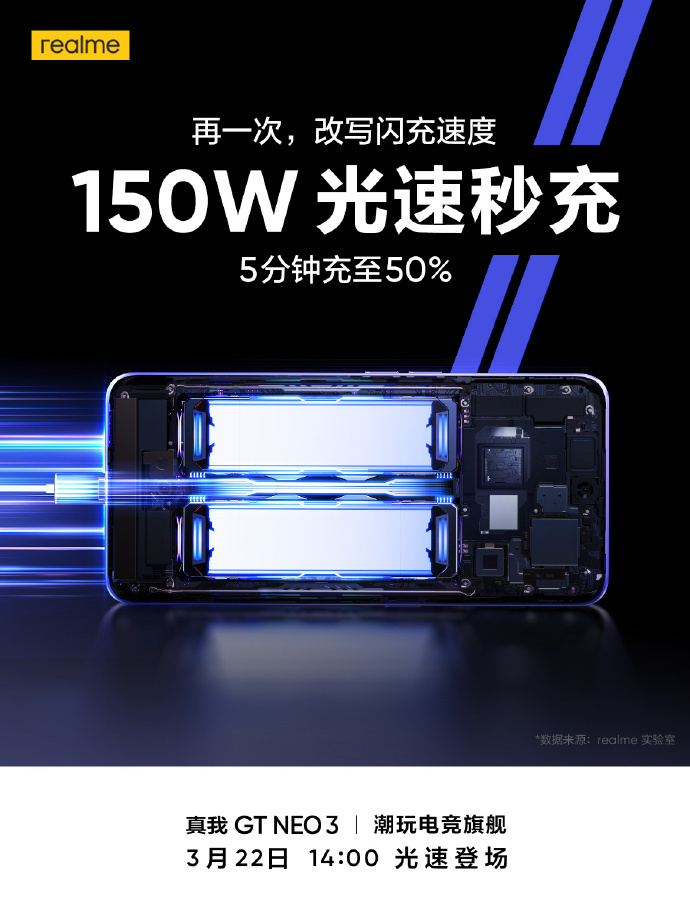 The punch hole will feature the tried and tested 16MP sensor on the optics side. It will sport the trending 50MP Sony IMX766 sensor to the rear, which will also come with support for OIS. There will be an 8MP ultrawide sensor and a 5MP macro sensor to complete the triple camera module. As we said, the phone will be available in both 150W and 80W options. The 150W variant will feature a 4500mAh battery, while the latter will sport a large 5000mAh battery. The global launch date of the device is still unknown. We hope the brand will announce it soon.