Some time ago, we reported that the Realme X3 smartphone appeared on the GeekBench benchmark site. As you guess, the GeekBench documents showed some of its parameters. On May 19, today, one of the Weibo bloggers posted an article, further revealing the phone’s screen, processor, camera specifications, and other configurations.

According to the reports, the Realme X3 hosts the Qualcomm Snapdragon 855 Plus processor. As you understand, it is capable of providing a high-end level performance. Of course, it’s not the latest Snapdragon 865 but the 855+ is still able to make a tough competition to the 865. Also, it uses a 6.6-inch FHD screen that supports a 120Hz refresh rate. The rear quad-camera module has a periscope lens that supports 5x optical zoom as well as 60x digital zoom. The front-facing camera consists of two lenses that are placed in two holes. The source also pointed out that this phone does not support the 5G network. This is the biggest regret but we have what we have. This 4G phone also uses the screen material of LCD. It seems this should be the second regret. But no OLED screen can be used for dual-punch-hole design. 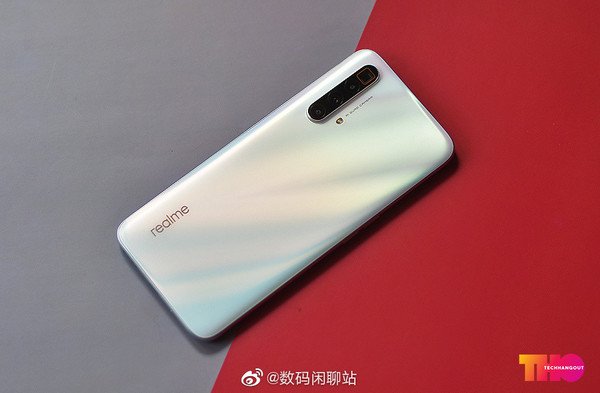 The appearance of this phone is similar to other models of the Realme brand, except that there are slight changes in the camera module area. The periscope lens has a red square decoration ring. And the changes in other places are not obvious. In addition, the Realme X3 back cover uses a white design.

Realme is a manufacturer that is very good at making innovations on the back cover. Many models introduced before have attracted a large number of fans because of the beautiful color option. So we believe that even if it is white, the brand will add different design elements as well.