Realme has officially launched the Realme X7 Pro Extreme Edition in China. If you can recall, the Realme X7 series officially came out last year and this is the third smartphone from the series. However, this device is catered for the upper mid-range segment. It comes with a powerful chipset, a decent design, and a beautiful display. The curve on the display already makes it comparable to the flagship smartphones. Having said that, the performance is expected to be no less than a proper flagship as it houses MediaTek’s top tier Dimensity 1000+ SoC. The device is also equipped with an AMOLED display which supports a 90Hz refresh rate and has an in-display fingerprint scanner. 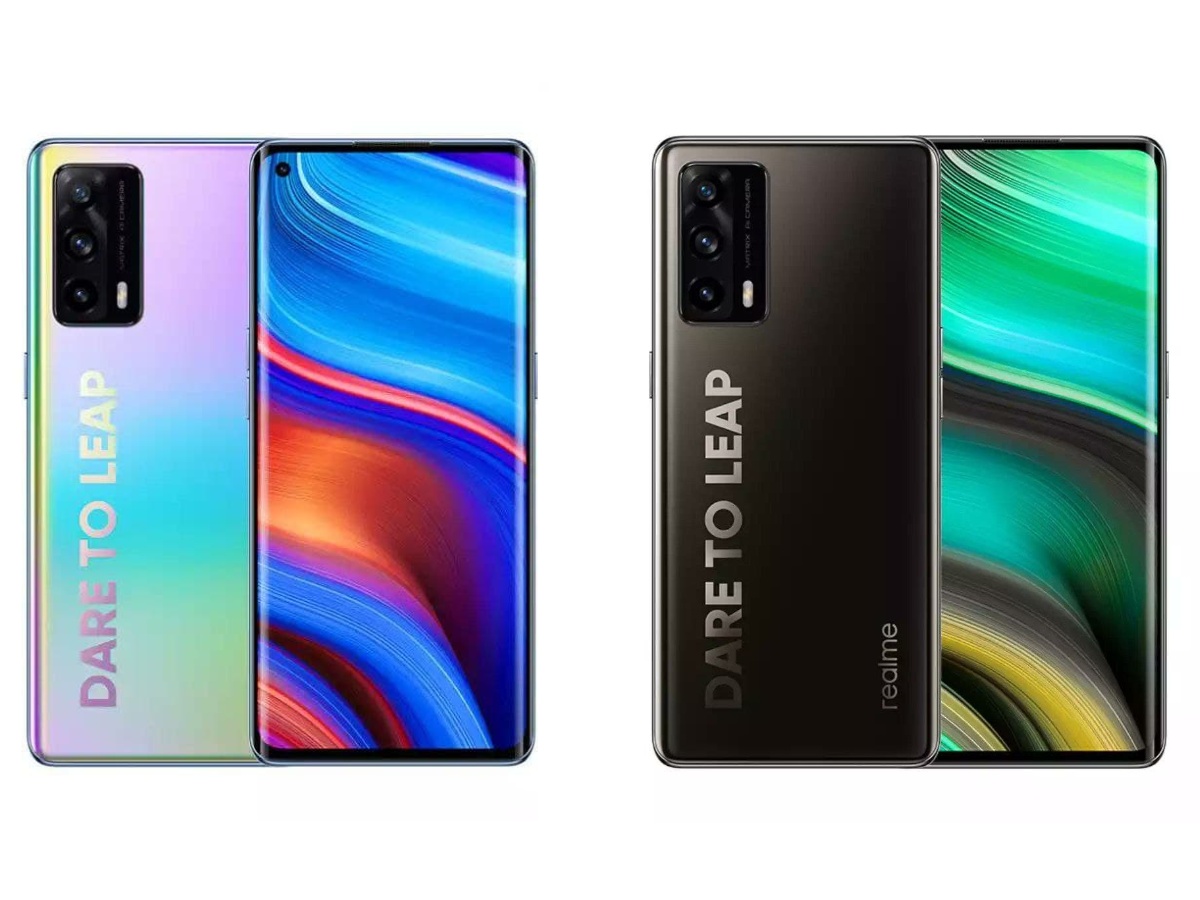 At its core, the Realme X7 Pro Extreme Edition is powered by the MediaTek Dimensity 1000+ SoC which is built on 7nm architecture. It is a 5G compatible chipset. The device is paired with up to 12 GB LPDDR4x RAM and 256 GB UFS 2.1 storage with no support for memory expansion. The phone runs on Realme UI 2.0 out of the box which is based on Android 11 OS.

In addition, the realme X7 Pro Extreme Edition is equipped with a VC liquid cooling device that covers the core heat source and continues to dissipate heat, allowing the phone to run calmly and provide ultra-long-lasting high-performance performance.

Moving towards the front, the device houses a Samsung hyperboloid flexible screen of 6.55″ FHD+ AMOLED. The display supports a 90Hz refresh rate and a 360Hz touch sampling rate. It also garners a screen-to-body ratio of 92.1% and supports DCI-P3 wide colour gamut and maxes out at 1200nits brightness. The smartphone has a curved display and a tiny punch-hole notch which gives it a premium feel.

For optics, the device houses a triple camera setup at the rear. The setup includes a 64MP primary with f/1.8 aperture, an 8MP ultra-wide camera 119-degree FOV, and a 2MP macro camera with a 4cm focal length. Whereas at the front, you will find a 32MP shooter with an f/2.45 aperture for selfies.

That said, the smartphone draws its power from a 4500mAH battery which supports 65W fast charging. Due to its smaller battery capacity, the Realme X7 Pro Extreme edition weighs only 170 grams and measures a thickness of 7.8mm.

The Realme X7 Pro Extreme Edition comes in two colours – Castle Sky and Black Clever Forest. As for its pricing, the device costs 2,299 Yuan (~$350) for its 8 GB RAM + 128 GB variant and 2,599 Yuan (~$396) for its 12 GB RAM + 256 GB variant. The smartphone will be available for sale via Realme China’s online store, JD.com, Tmall, and Suning. However, the device is currently meant for the Chinese market. The company is yet to share details regarding the global market.