The Redmi 9A is on the way.  It has already managed to appear on various certification websites of different countries. Today, we learned that our protagonist has certified to be launched not only Philippines but also in Indonesia. Prior to this, we have heard it has got similar certifications in India as well as in Malaysia. So it turns out the cheapest Redmi smartphone is going to be released in the South Asian countries first. Later, it should head to other markets as well. 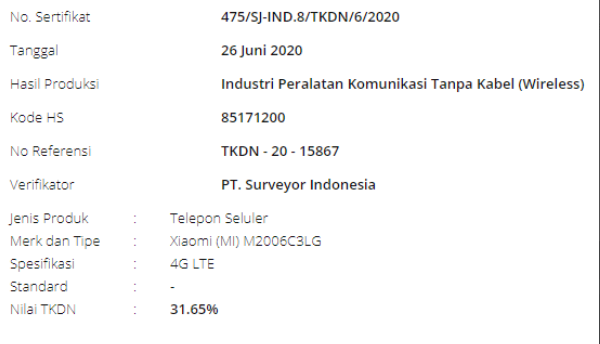 In fact, this is a bit odd. We mean Redmi’s original models have been the best-selling smartphones for a few years. And we can’t understand why Redmi has decided to pay less attention to them now. If you remember, the Redmi 9 was launched just recently. But because of a weak promo campaigns, it didn’t reach to many customers. If the Redmi 9A is advertised similarly, most likely, it will yield its title to other brands.

Anyway, let’s see what we know about the Redmi 9A at the moment. Though the Indonesian certification document doesn’t provide any worthy information but the 4G support, the one from Philippines brings more. Say, it says the Redmi 9A will come with a 6.53-inch screen, which also uses a water drop design. Under the hood, it carries the very low-end MediaTek Helio G25 octa-core chip clocked at 2.0GHz. On the front, the phone sports a 5MP camera for video calls, while the rear camera has a 13MP resolution. It’s a single-lens camera! Plus, we can also see a 5000mAh battery under the hood.

Particularly, the Redmi 9A is expected to go to Philippines in July-August. But apart from this product, there will be others such as the Xiaomi Mi TV Stick, Mi Smart Band 5, Poco F2 Pro, and Black Shark 3.