The world’s cheapest 5G smartphone is in development if we go according to some recent leaks emerging from China. A popular Weibo tipster recently has recently revealed a lot about the upcoming affordable 5G smartphone. The upcoming smartphone will feature a new Snapdragon SM6350 (6XX) chipset with the expected price of around 1000 Yuan (~US$140).

In order to overcome the absence, Snapdragon is coming with a new Snapdragon 6XX series chipset, and it could debut with the Redmi’s cheapest 5G smartphone. According to Weibo user @Digital Chat Station, the new chipset will feature an octa-core processor featuring two cores of 2.46Ghz and six cores of 1.8 GHz. It will feature Adreno 615 GPU for graphics. It may feature Cortex A76 or Cortex A77.

The new chipset performance will be on par with the Snapdragon 675 chipset but with 5G support.

Redmi’s new 5G phone will debut in either Redmi 9 or some new Redmi series. It will be made available in November 2020. However, there will be many other 5G devices from Xiaomi that are in line for China as the company has partnered with China Mobile to boost the 5G adaptivity across the country. 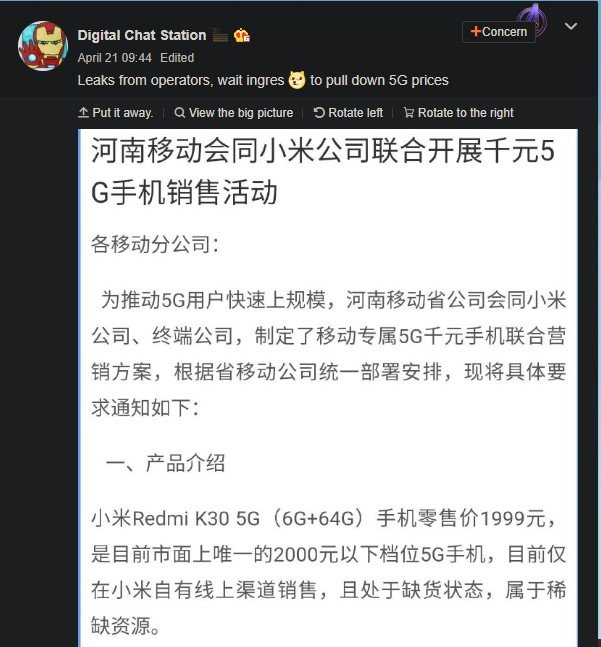 On the other hand, Redmi unveiled the younger sibling of Redmi K30 5G – Redmi K30i with 5G support. The smartphone features exactly the same specifications instead the primary camera got replaced with Sony IMX586. Just a single change led the price to tumble from 1999 Yuan to 1799 Yuan for Redmi K30i.

In addition to the Redmi K30i launch, the agreement says Xiaomi plans to launch a 5G smartphone at a price of 1599 Yuan in June. According to some rumors, Redmi Note 9 Pro China Version could also launch next month with MediaTek 820 5G chip. 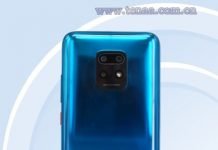