Redmi might be launching the Redmi Note 9 5G series very soon. This is evident as leaks are being poured almost every two days. According to the weibosphere, the announcement might come tomorrow. Today, the Chinese giant announced on Weibo that it has sold 140 million units of the Redmi Note series globally. The Redmi Note 8 series became the second bestselling smartphone in the world during the first two quarters of 2020. 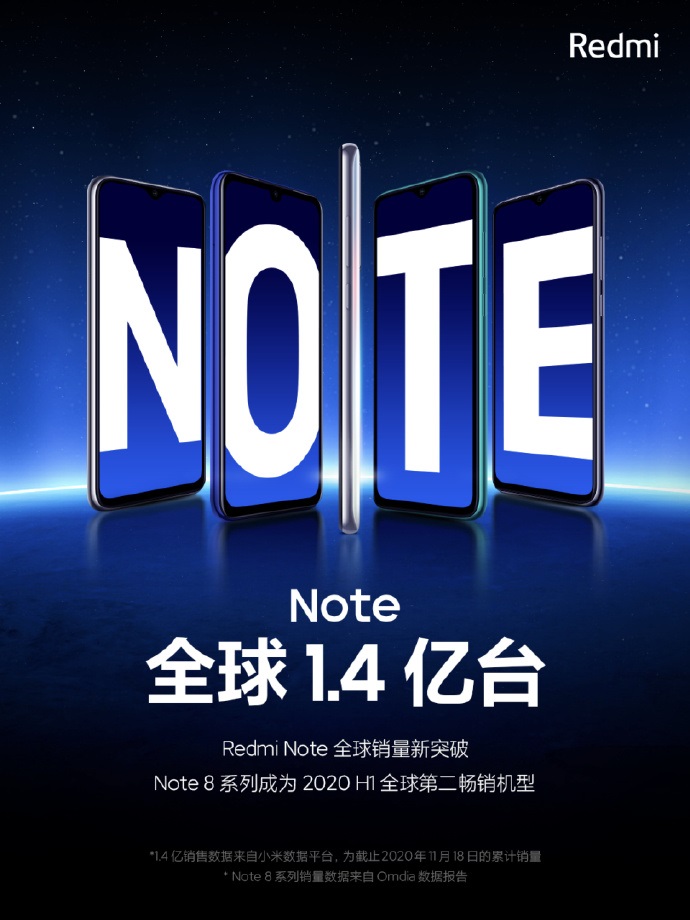 Redmi has sold over 140 million units in global markets

According to Omdia, a research organization, Redmi managed to sell over 140 million units of the Redmi Note series globally. Making Xiaomi exceed their last year’s achievement. If you recall, Redmi sold over 100 million units of the Redmi Note series last year. Especially considering that Redmi became an independent brand. Soon after that, they introduced the game-changer Redmi Note 7 Series, which went on to sell over 10 million units during the first 4 months and then sold over 40 million units globally. It was one of the most successful products from Redmi in recent times. The reasons behind those numbers are that they offered amazing spec, premium built quality as well as flagship cameras in a mid-range smartphone series.

Fast forward to the Redmi Note 8 series, the company took a big gamble including a MediaTek chipset for the “Pro” variant. But at the end of the day, Redmi had the last laugh. Redmi Note 8 and the Redmi Note 8 Pro turned out to be another hit from the company. They retained the same premium feel with additional upgrades. The Redmi Note 8 was an extremely value for money smartphone with an appropriate price to spec ratio. It was so good, that certain brands have launched similarly priced smartphones with small upgrades during the next three months. But still could come neck to neck with that particular device. 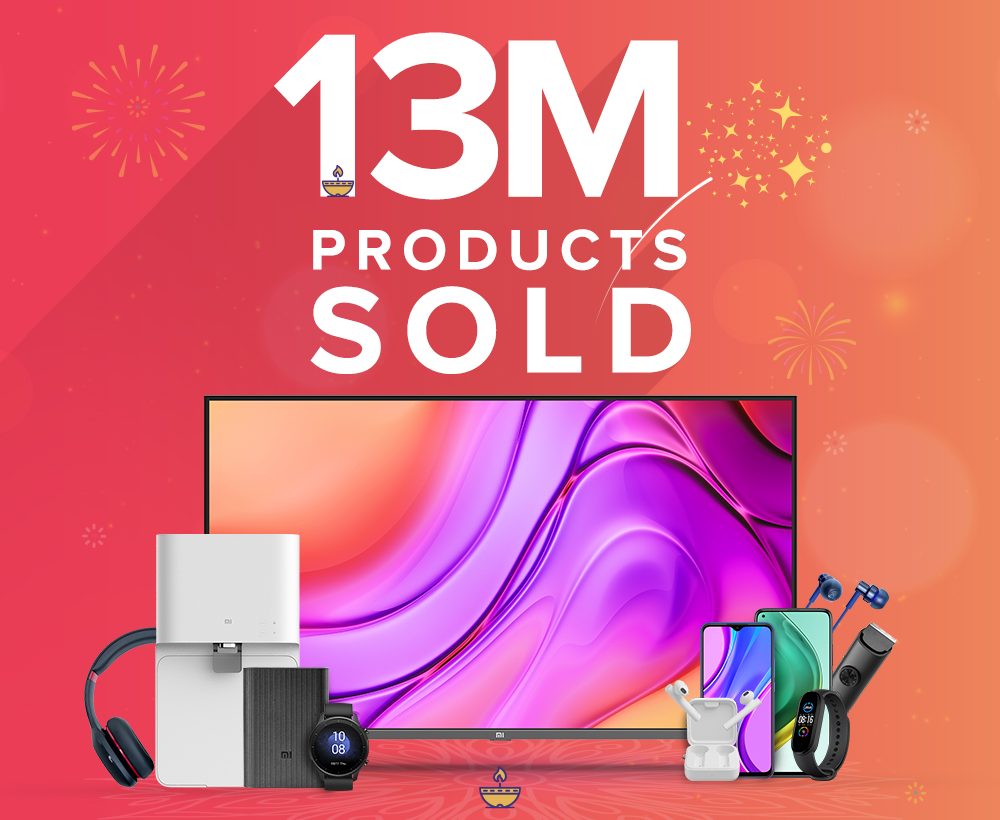 Apart from that, Xiaomi India took to Twitter to announce that they have sold over 13 million products.  Among them, 9 million were smartphones consisting of Redmi Note 9 Pro, Redmi Note 9 Pro Max, Redmi 9 Prime, Redmi 9, Redmi 9A, and their recent flagship Mi 10T. This came after Realme did the same on Twitter where they announced that they have sold over 8.3 million products. Realme is indeed a threat as they have achieved those numbers in a short period of time.

Other than that, the remaining 4 million includes Mi IoT products, smart TVs, and accessories.