Earlier, there was news that Redmi would launch the K30 Lite (aka Redmi K30 Youth Edition) smartphone. It seems this is going to be true. According to some sources, the relevant information of Redmi K30i was found on the website of the Ministry of Industry and Information Technology recently. Also, XDA developers found this device in the MIUI camera code. Multiple sources prove the K30i will use a 48MP main camera sensor, support 5G, and start at 1799 yuan (~$255).

From the previously leaked information about the Redmi K30, it was found that Redmi K30 added a 48-megapixel version of the main camera on March 31. A developer named kacskrz also found it in the camera code of MIUI K30i. There, the device codename was ‘Picasso’ and the main camera sensor had a 48MP resolution.

It can be speculated that the Redmi K30i should use the same design as the K30. The only difference is the main camera. So we could expect the phone to use the 120Hz double-punch-hole full-screen design. In terms of hardware and performance, it should sport the Snapdragon 765G chip, support 5G network, a built-in 4500mAh capacity battery, and support 30W fast charging.

Not long ago, there was news that Xiaomi will launch a variety of 5G smartphones at a price of 1,000 yuan ($142) this year. Also, the company announced it will replace the existing 4G handsets with their 5G variants. The upcoming Redmi K30i is likely to be one of them. If the news is true and the price of Redmi K30i is 1799 yuan, then the price-performance ratio is still quite good.

But on the other hand, it’s not surprising. We mean Redmi has been always known for its price-over-ratio performance. And the separation from the main brand was conditioned with this fact also. 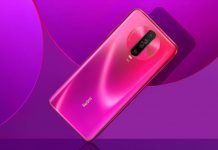 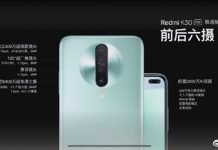 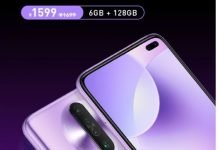