All traditional smartphone makers have already released their own smartwatches. In fact, there is an interesting trend – companies that have been known for their smartphones, now produce smartwatches, TVs, earphones, etc. In this regard, Redmi still falls behind. But today, we learned that a new smartwatch has entered the network. Simply told, the first Redmi smartwatch has got a certification and will be launched soon. A Weibo blogger proves it will come in October. Also, he said this watch will have a long battery life. But the rest of the features and the look still remain unknown. 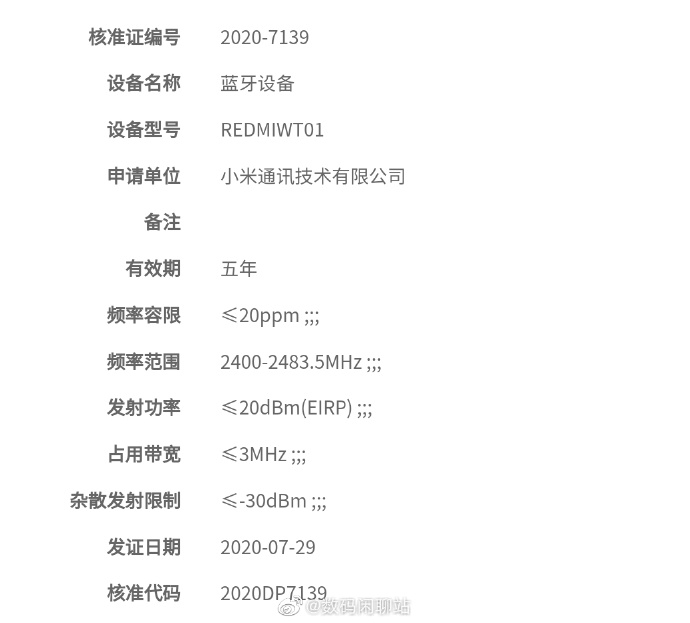 Xiaomi has released a number of smartwatches before. But they all came our way from its sub-brand, Huami. Now, Huami has become an independent brand, ranking first in the world. As for Xiaomi, it still makes its own smartbands. Of course, they are produced by Huami as well. But unlike the Amazfit series smartwatches, they are considered to be ‘pure’ Xiaomi smartwatches.

Anyway, Redmi has grown into another strong independent brand too. This company has managed to release various products different from smartphones. Say, it has released a number of TVs. The largest one has a 98-inch screen. There are also earphones, soundbars, smart speakers, etc. We mean this brand knows how to make good and cost-effective products. And undoubtedly, the Redmi smartwatch will be such a product.

However, we are very interested what features it will focus on. Say, there are some smartwatches that focus on battery life, some focus on sports data, etc. In this regard, we think the Redmi Smartwatch will be a classic smartwatch with balanced features.