Xiaomi has been in the smart TV niche for a while. In India, it has been selling TV products since 2018. Here (and in China as well), this brand has become the number one. So when Redmi announced its intentions of entering the TV market, many customers welcomed this decision. The reason was simple – there will be at least two brands offering amazing products with low prices. The first model from Redmi was the 70-inch LED model. It became a hot-seller. Today, the brand released three new sizes. These Redmi TV variants come in 50″, 55″, and 65″ sizes with 4K displays, bringing features like Dolby Vision to the price-conscious consumers. 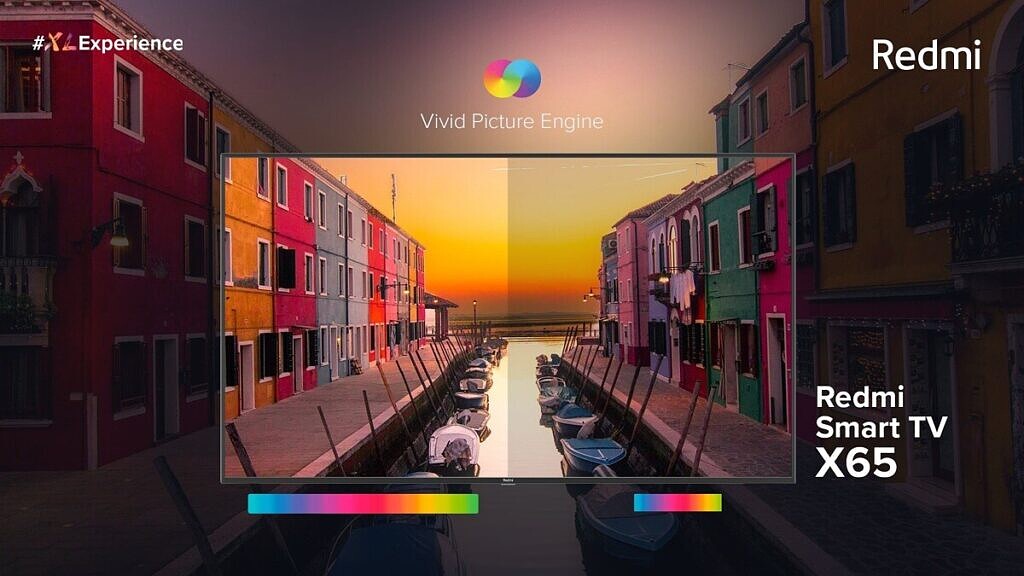 We know that Xiaomi has adjusted its overall strategy after making the Redmi brand free. If previously, this brand has been focusing on cost-effective models only, now, Xiaomi enters the premium segment. For smartphones, we have already seen this (the Mi 10 and Mi 11 series). As for the TVs, the recently announced Mi QLED TV moves Xiaomi higher in the price category. So there is a real chance for Redmi to fill up the gap. 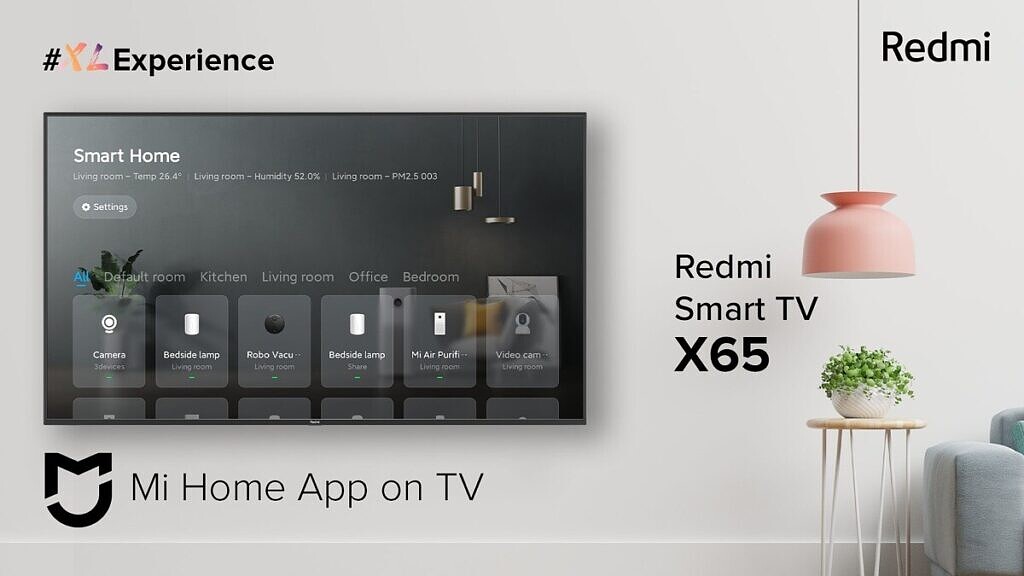 Apart from the aforementioned sizes and 4K resolution, the Redmi TV also supports HDR standards such as HDR10+, HLG, and Dolby Vision. The panels have a refresh rate of 60Hz and support 92% of the DCI-P3 color gamut along with a custom Vivid Picture engine for saturated colors.

Plus, we can find Xiaomi’s Reality Flow technology. We call it MEMC. The display uses it to interpolate frames into low-frame rate content such as movies or TV shows and increases the output frame rate to 60fps for a smoother output. 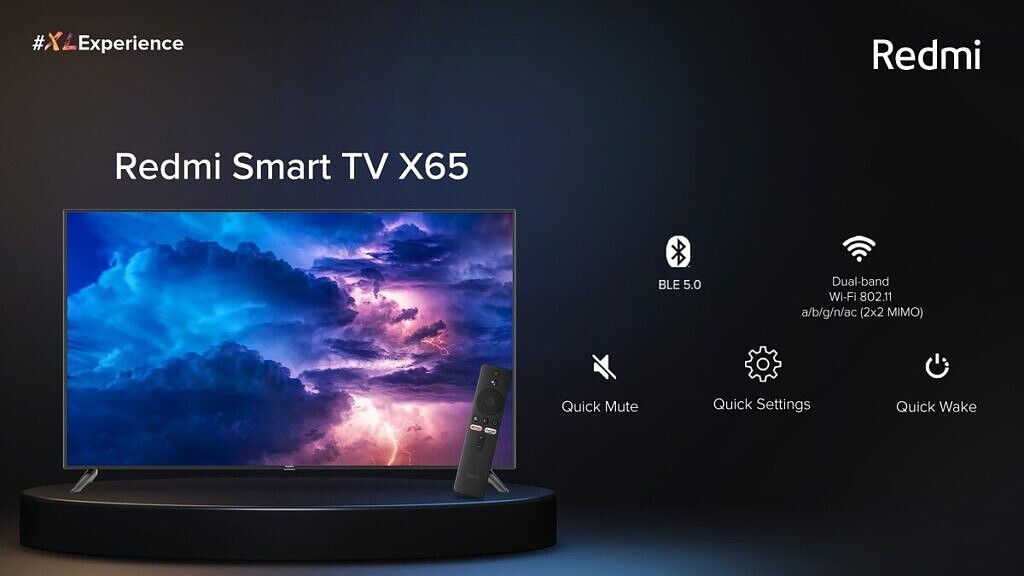 The Redmi TV models also come with dual 15W speakers, with a total audio output of 30W. They also support DTS Virtual X, and Dolby Audio only in the e-ARC passthrough if you connect a soundbar or home theatre system to the TVs.

Under the hood, we will find the same MediaTek MT9611 quad-core chip that powers the Mi QLED TV. It is paired with a 2GB RAM and 16GB of onboard storage. The TVs feature HMDI 2.1 ports with e-ARC support.

Like all other Xiaomi TV products, the Redmi TV runs Xiaomi’s custom PatchWall interface alongside the Android TV interface based on Android 10. Interestingly, we are dealing with the first Xiaomi TV to feature the Mi Home app, which allows controlling other Xiaomi IoT ecosystem devices. 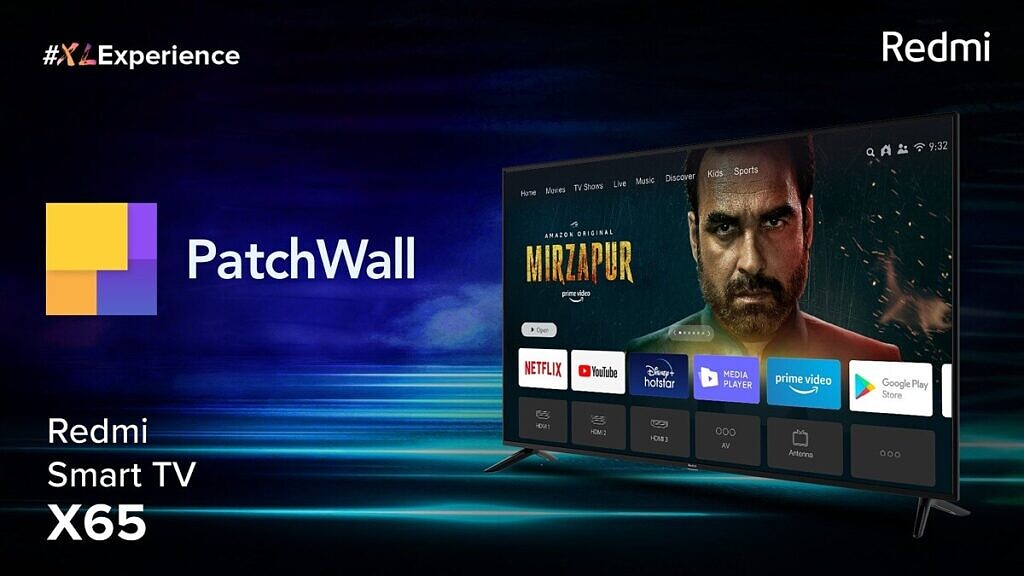 At last, there are dedicated buttons to launch Netflix and Amazon Prime Video. Redmi says the TVs support all Dolby Vision content on Disney+ Hotstar, Amazon Prime, and Netflix. 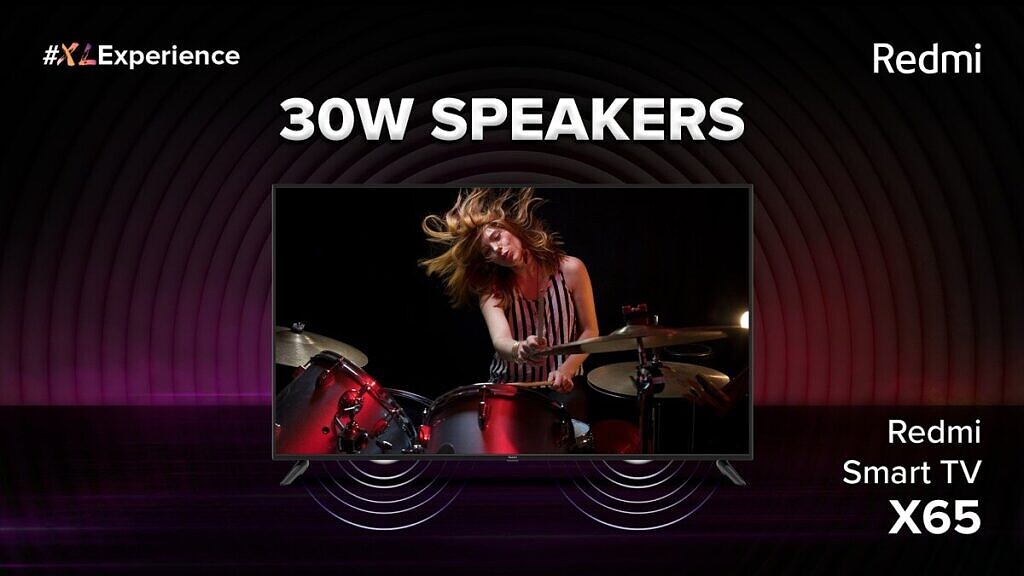 The Redmi TVs will go on sale on March 26 via Mi.com and Amazon India.