Chinese brand Royole is renowned for manufacturing flexible displays including foldable phones and other smart devices. The company announced its Royole FlexPai 2 back in March this year and planned to launch it somewhere between the second quarter of this year. However, due to the ongoing pandemic, it didn’t go as per the company’s plan. But, it might launch sooner as additional details about the device have been revealed. 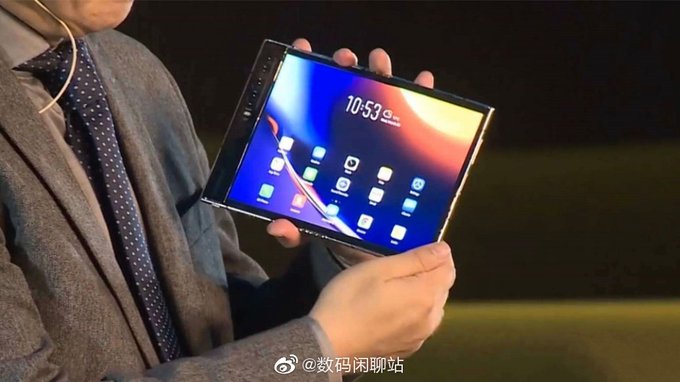 Most of the specifications were revealed during the launch event. The Royole FlexPai 2 is going to be powered by Qualcomm’s Snapdragon 865 processor running on Android. It will feature a 7.8-inch OLED foldable screen with a 60Hz refresh rate and 1920 x 1440 as its resolution.

As far as the cameras are concerned, it will feature a quad-camera setup as opposed to its predecessor which had a dual-camera setup. At the back, it is equipped with 64MP, 16MP, 8MP, and 32MP camera sensors. The device will weigh at 340g and measure a thickness of 6.5mm.

The battery capacity has also been revealed to be 4450maH which is similar to its predecessor. Royole FlexPai will be a dual-SIM (GSM and GSM) smartphone. The Royole FlexPai will have connectivity options such as Wi-Fi, GPS, USB Type-C, 3G, 4G, and 5G. 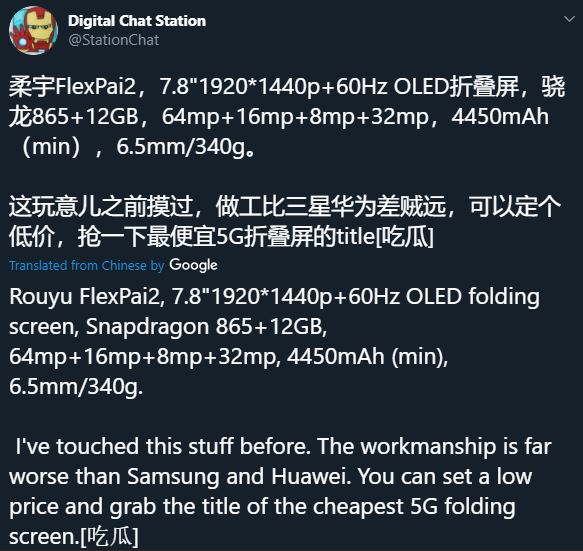 Most of the leaks about its camera, weight, and battery mentioned above has been leaked earlier today by Digital Chat Station. He also went on to state that it could be one of the cheapest 5G foldable smartphones.