Compared with Samsung’s 7nm process, Samsung’s 5nm process increases the number of transistors by more than 80%. This can bring stronger performance and lower power consumption. 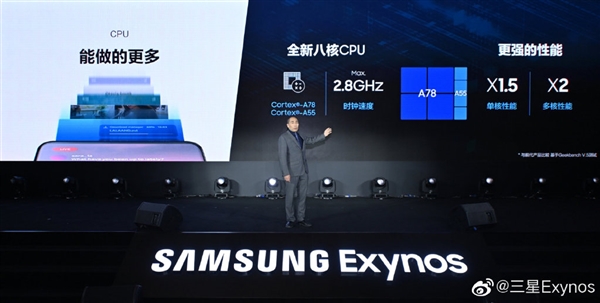 Not only that, the Exynos 1080 CPU uses ARM’s latest flagship Cortex-A78 CPU core. This is the world’s first 5nm Cortex A78 CPU. It is the fourth-generation high-end CPU based on DynamIQ technology. Its performance is 20% higher than that of the A77 under the same power consumption. Under the same performance, the A78 can save 50% of energy consumption than A77. 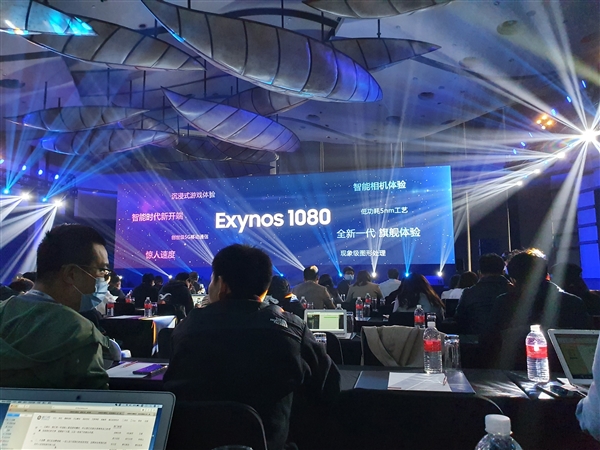 The company said that this powerful combination of cores is optimized for the new form factor and can provide the performance required to control multitasking, making its CPU performance almost twice that of the predecessor Exynos 980.

In terms of benchmark scores, the Samsung Exynos 1080 reaches 693,600 in AnTuTu, making it one of the processor platforms with the highest running scores in the world. 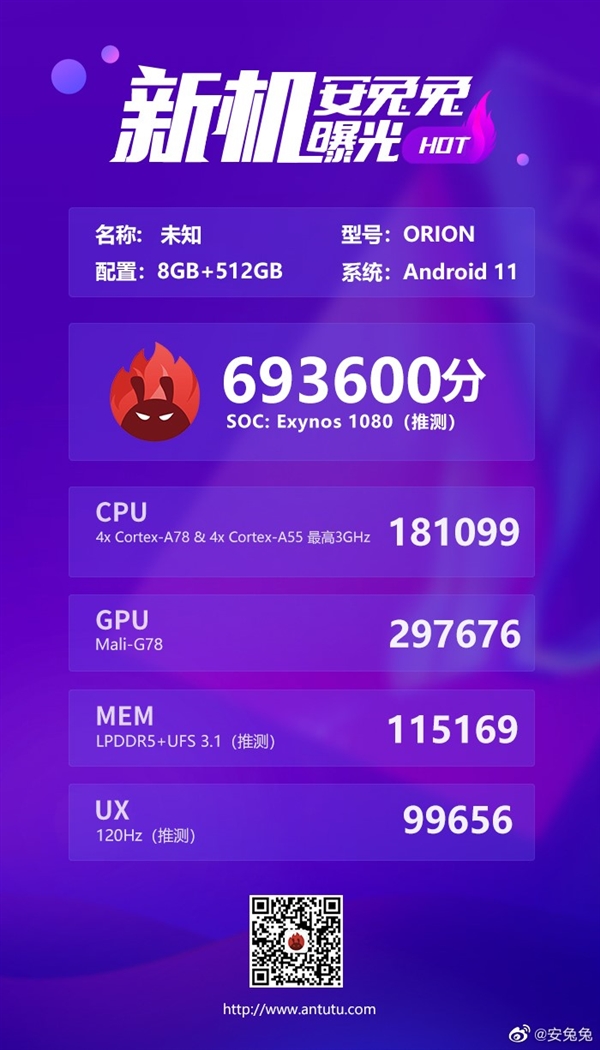 It is worth noting that the Exynos 1080 also supports WiFi 6 technology, up to 200MP camera and up to 6 cameras at the same time.