Samsung Electronics applied for a utility patent titled ‘Foldable electronic equipment including sliding structure and its control method’ in WIPO (World Intellectual Property Office) in April this year. It became available for public on October 22, 2020. However, this doesn’t mean we are going to see a new foldable smartphone from Samsung.

This is a Samsung foldable smartphone with a double-folding type. The overall appearance is similar to the Galaxy Fold and the Z Fold 2. But this patent shows an added pop-up camera. The pop- up camera has the same width (when folded) as the phone itself. 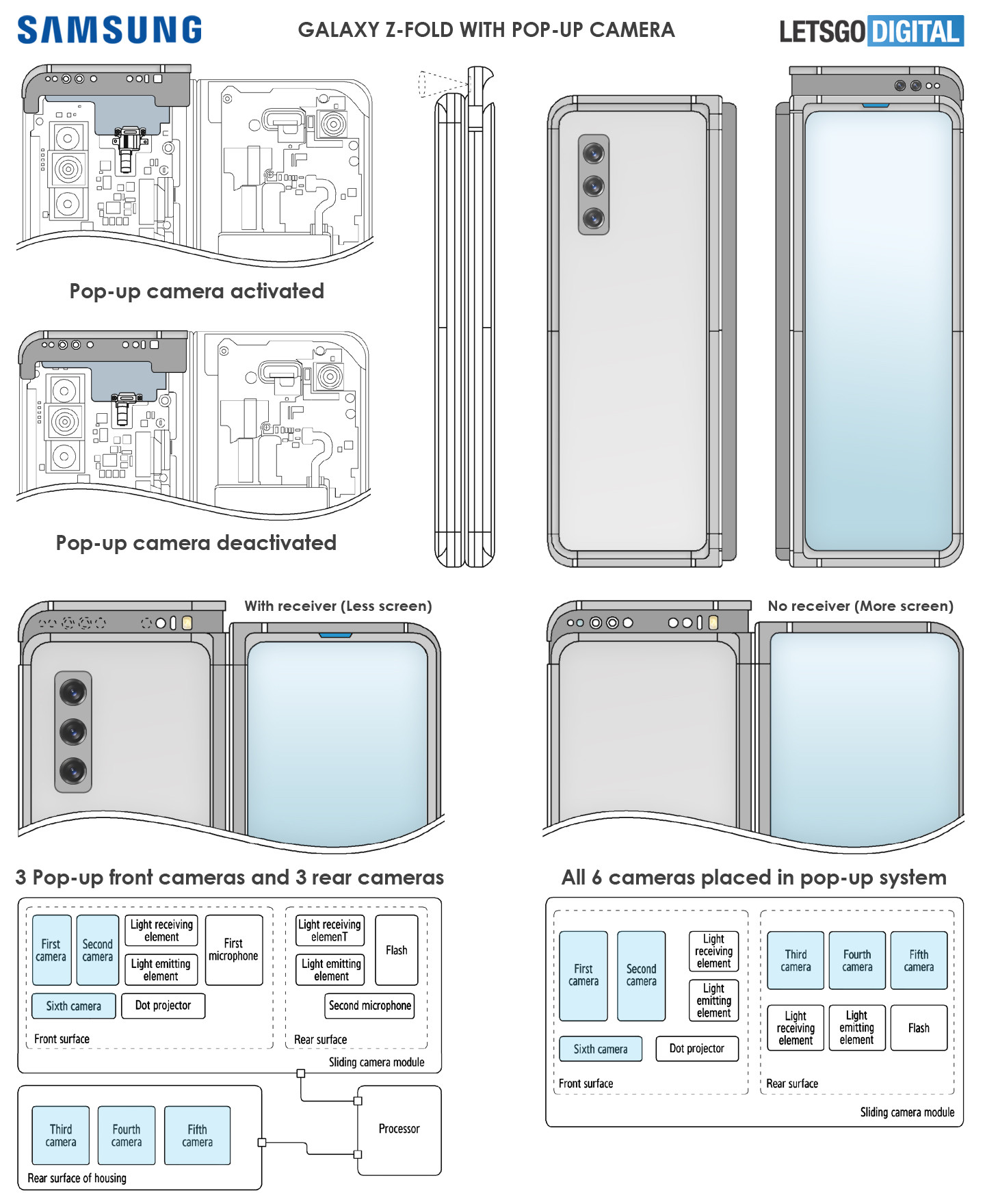 In order to facilitate understanding, the LetsGoDigital has made a set of renders.

It is not clear whether the lifting lens described in the patent is used as a front camera or a rear camera at the same time. But if the model is mass produced, it will become Samsung’s first lifting camera folding phone. 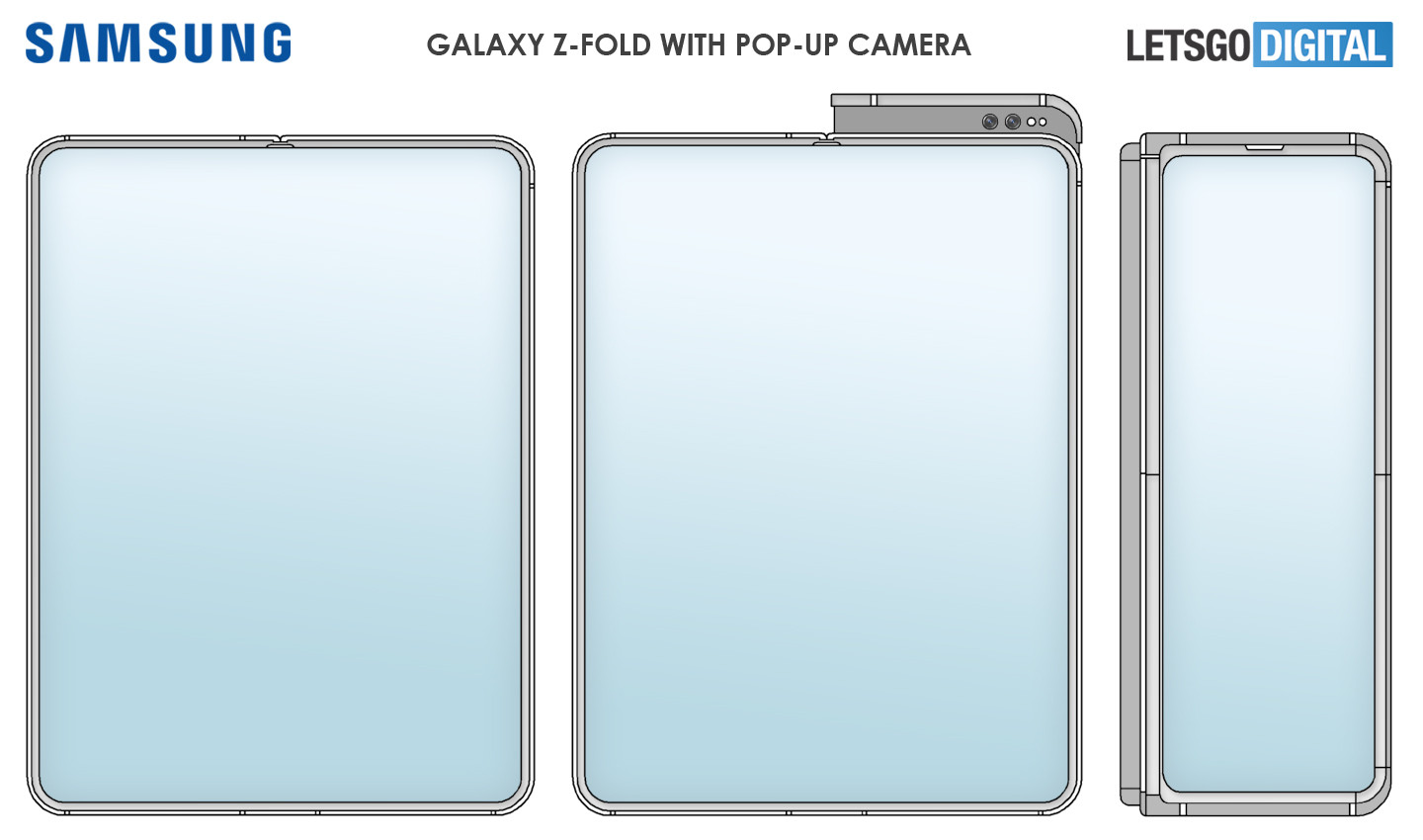 The following figure shows the renders of the latter two:

The machine can have 5 or 6 lenses. For comparison, the Samsung Galaxy Fold comes with 6 cameras, while the Galaxy Z Fold 2 has only 5.