Today, the Korean manufacturers released a new smartphone from the A series. The Samsung Galaxy A42 5G smartphone was officially out. This is Samsung’s latest product in the cheaper and lower A series of smartphones. So that’s not surprising to know the A42 is currently Samsung’s cheapest 5G smartphone on the market. It costs only 349 pounds, which is 80 pounds lower than the Galaxy A51 5G. But low price tags usually mean not attractive configuration. Let’s see whether this is the case. (Do not confuse this phone with the tablet released recently.)

Also Read: Samsung Galaxy A42 5G tablet and a few other products announced 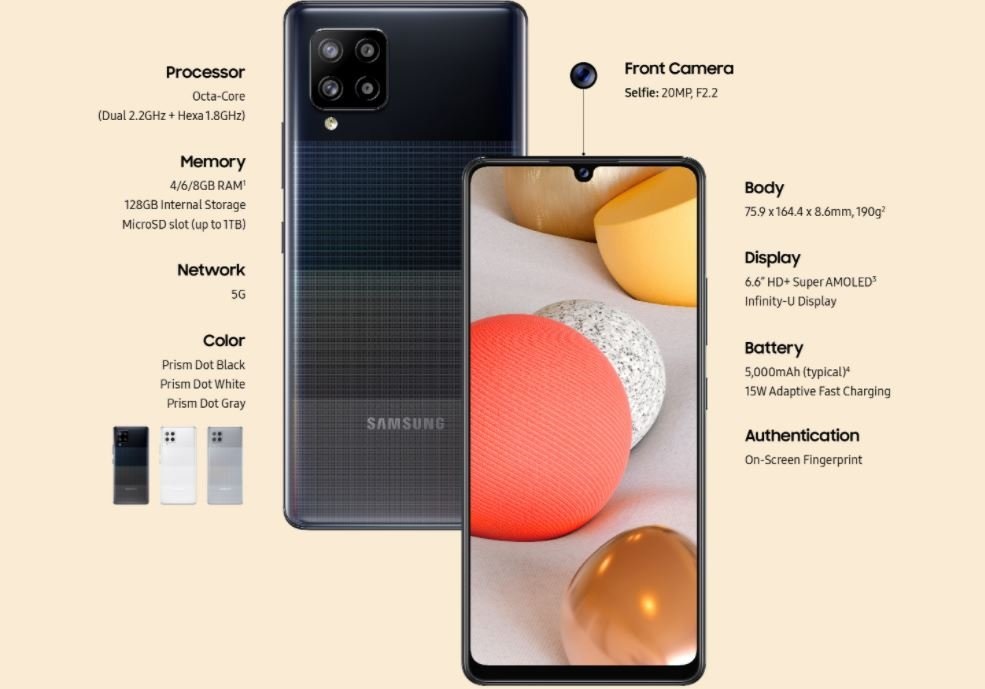 This phone also adopts a 6.6-inch OLED display with a drop-shaped cutout on the top and a 20-megapixel camera. Depending on the model, it comes with 4GB to 8GB of memory. The 128GB storage space can be expanded by MicroSD. The battery capacity is 5000mAh. Our protagonist supports under screen fingerprint. There are four cameras on the back: 48-megapixel wide-angle, 8-megapixel ultra-wide-angle, 5-megapixel macro, and 5-megapixel depth sensors.

At last, the Samsung Galaxy A42 comes in three colors: black, gray and white. This phone will go on sale in the UK on November 6.