Today, the tipster @rquandt showed the official rendering of the Samsung Galaxy A72 smartphone.

We know the Galaxy A72 smartphone is codenamed SM-A725M/DS. It supports 4G network. And it has obtained Rheinland certification. From the latter, we learned that it will come with a 5000mAh lithium battery, which supports 25W fast charging.

The Samsung Galaxy A72 has appeared in the benchmark websites as well. So we know this phone will come with a Qualcomm Snapdragon 720G SoC. The smartphone scored 1623 points for multi-core and 526 points for single-core tests of Geekbench 5. This phone had an 8GB of memory. This SoC can also be found inside the Poco M2 Pro and OPPO Reno 5. 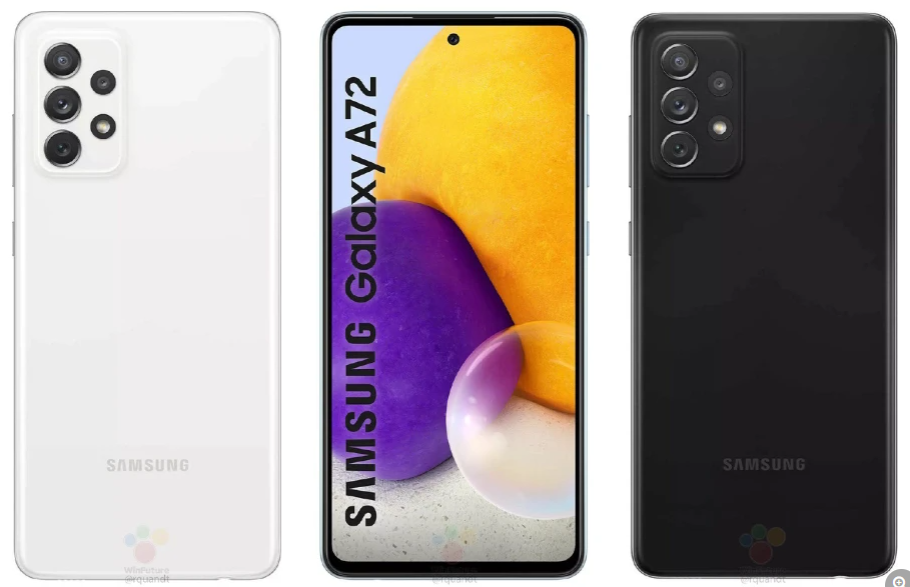 Anyways, apart from these leaks, we also know that the Samsung Galaxy A72 will feature a 6.7-inch Super AMOLED display that offers a 20:9 aspect ratio and a Full-HD+ (2400 x 1080p) resolution. Moreover, this display will support 90Hz refresh rate. 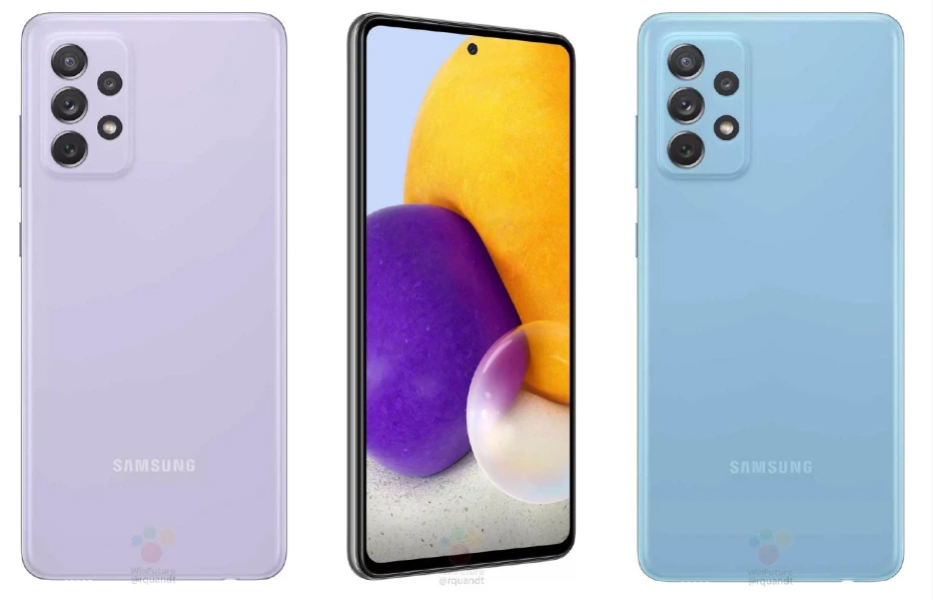 Other notable details include an IP67 water and dust resistance rating, a plastic rear panel, and the presence of Google’s Android 11 and Samsung’s One UI 3 straight out of the box.

At last, the phone will come with a multi-camera setup on the back. The latter will include a 64MP main camera, a 12MP ultra-wide shooter, a 2MP macro camera and rear LED flash. The 32-megapixel selfie camera is on the front.