Also read: Samsung has patented a bizarre-looking rotating pop-up camera system which will also act as the front-facing camera 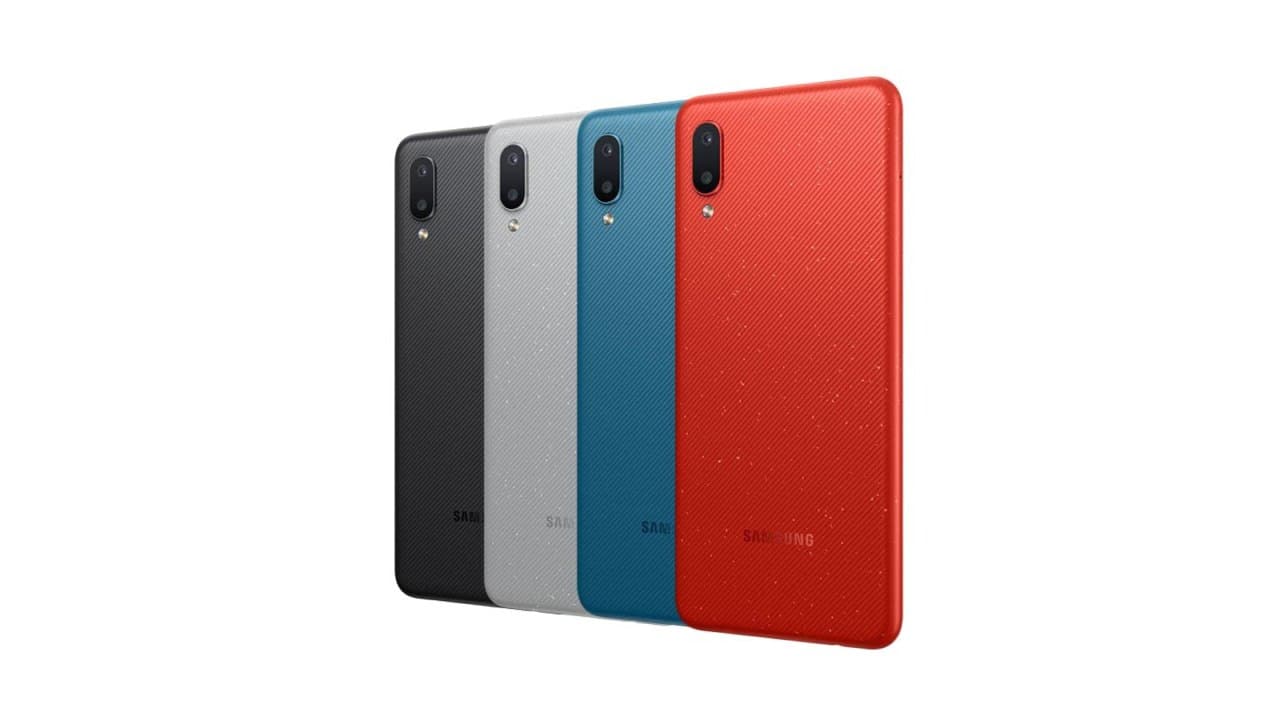 At its core, the Samsung Galaxy M02 is powered by a quad-core MediaTek MT6739W SoC which clocks at 1.5Ghz. The chipset used on this device is a downgrade from its predecessor which came with an octa-core Snapdragon 439 SoC. It is paired with up to 3GB RAM and up to 35GB internal storage. The storage is expandable via a MicroSD card slot. It comes running Android 10 out-of-the-box with One UI on top.

Moving towards the front, the device houses a 6.5″ HD+ LCD Infinity-V display. It is an upgrade from its predecessor which came with a 5.7″ HD+ display. The display supports 1560 x 720-pixel resolution. As for optics, the device houses a 5MP selfie shooter under a waterdrop notch. Whereas at the back, the device houses a dual-camera setup accompanied by an LED flash. It gets a 13MP primary camera and a 2MP macro camera.

One of its main USP other than the brand itself is its massive 5000mAh battery, which is a much-need upgrade from its predecessor which came with a 4000mAh battery. It measures 164.0 x 75.9 x 9.1mm in dimensions and weighs 206g.

The device will go up against the likes of Redmi 9A, Realme C11, Micromax 1b and Poco C3. While the Poco C3 and the Micromax 1b are online specific products. It is the Redmi 9A and the Realme C11 Samsung should be worried about because of their presence in offline stores. Both of them offers better chipset than the Galaxy M02 falls under the same price point.

The smartphone comes in four colour variants – Denim Black, Denim Blue, Denim Gray, and Denim Red. As for its pricing, it will be available at ₹6999 for its 2GB+32GB variant and ₹7499 for its 3GB+32GB variant. As part of its introductory offer, the 2GB+32GB variant will cost only ₹6799. The device will be sold via Amazon India, Samsung online store and other leading offline stores across India from February 9 onwards.