Next week, Samsung will hold an online new product launch conference and announce a number of much-awaited products, including the Samsung Galaxy Note 20. But even now, a week ahead of the launch, we know everything about this handset and other models as well. 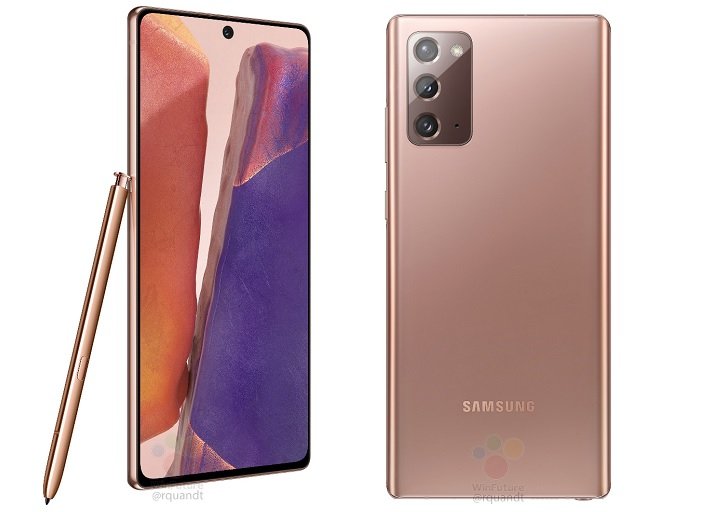 It turns out the Samsung Galaxy Note 20 will have two versions. And we are talking about the Snapdragon 865 Plus and Samsung Exynos 990 chipsets. As you guess, some markets will get the former model, while some other markets will sell the Exynos variant. Also, the new report claims that the Exynos 990 has been improved and seems more like 990 Plus.

Even if it is the same chip as the one found in the Galaxy S20 series, there are some minor changes. We mean even if there is no Exynos 990 Plus, it might be the overclocked version of the original SoC. But we should also point out that these improvements are essential for the Samsung Galaxy Note 20 because the Snapdragon 865 Plus comes with many enhancements. So Samsung should do something with its chip to be on-par with the newly announced Qualcomm Snapdragon 865 Plus chipset.

As for other features, the Samsung Galaxy Note 20 will sport a 6.7-inch Full HD+ flat display with 2400 x 1080 pixels screen resolution and 60Hz refresh rate. On the back, it should carry a triple-camera module on the back, consisting of 12MP + 12MP + 16MP sensors.

Of course, it will support 5G and come with other trendy connectivity options of Bluetooth 5 and Wi-Fi. The battery is said to be 4,300mAh battery.

The prices in Europe are likely to start at €999.