The device might draw similar designs from its sibling i.e. Galaxy S20. However, it appears that the device might receive a taller 6.5-inch display, as opposed to S20’s 6.2-inch while smaller than the S20 Plus’s 6.7-inch. Being a trimmed down version of the Galaxy S20, it might not feature a QHD+ display, it is more likely to feature an FHD+ display. It might also feature a Super AMOLED display with a 120Hz refresh rate. The display will have a punch-hole-shaped cutout for the selfie camera.

If rumors are indeed true, the 5G variant i.e SM-G781 is likely to be power by Qualcomm’s Snapdragon 865 SoC. The Galaxy S10 Lite was shipped with the Snapdragon 855 SoC globally and we can hope that the Galaxy S20 Fan Edition will do the same with Snapdragon 865 SoC. In fact, earlier Geekbench listing reveals the SM-G781 paired 6GB RAM, running on Android 10.

The battery capacity is expected to be 4370mAh, which might be marketed as 4500mAh, similar to that of S20 Plus.

Additionally, new reports suggest that it would feature a similar primary sensor like its siblings. The Samsung Galaxy S20 FE will house the Sony IMX555 as its primary rear-facing camera. It might feature a triple camera setup of 12MP wide-angle camera, a 12MP ultrawide camera, and an 8MP telephoto camera with 3x optical zoom. Hopefully, it retains the OIS which was equipped in its predecessor. 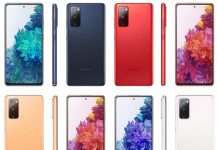