We have been waiting for special models from Samsung since the launch of the S20. Particularly, we have been wishing to see the Samsung Galaxy S20 FE (Fan Edition) in the end of the year. Recently, we have got a rich portion of news concerning this handset. So there is every reason to think phone’s launch is not around the corner. As for today, the 5G and 4G variants of the upcoming smartphone received approval from Bluetooth SIG. In other words, we can wait for it to arrive by the end of September or in early October. 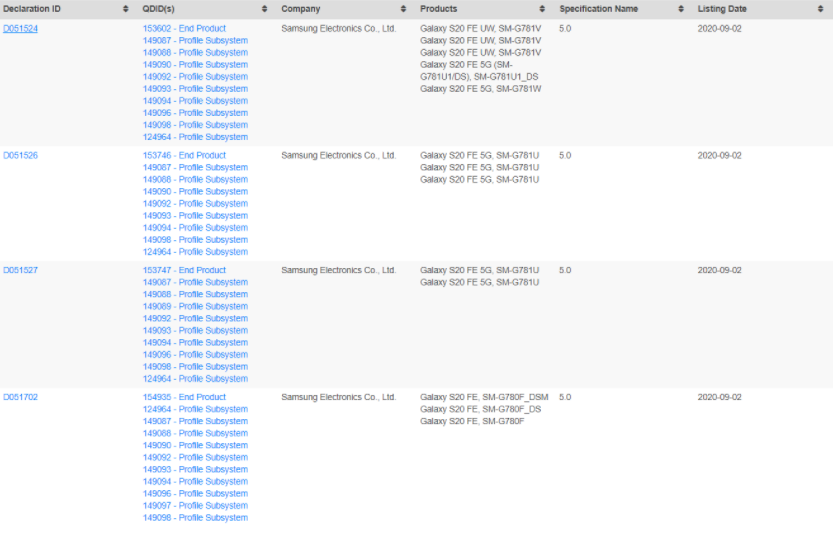 Unfortunately, such certifications don’t bring much information concerning the phone’s look and specs. We only can learn about the presence of Bluetooth 5.0 on the device. But as said, there is one important thing we should take into consideration. All products that appear on this database, come to the market in a month or so. So we can say, the Samsung Galaxy S20 FE will be landed in South Korean by September end or early October.

Well, as for the key features, the Samsung Galaxy S20 FE will have a 6.5-inch S-AMOLED screen with Infinity-O punch-hole appearance. It has an FHD+ resolution and a 120Hz refresh rate. Under the hood, our protagonist carries the Snapdragon 865 SoC. But some regions may get the Exynos 990 chipset version.