As GalaxyClub reported today, Samsung’s new smartphone charger with a model number EP-TA865 has passed the certification of the Korea Radio Wave Research Institute. It is speculated that the charger may support 65W fast charging. Is it for the Samsung Galaxy S21?

However, the certified charger is not yet clear which model it will be used for. But the biggest possibility has the Samsung Galaxy S21 (S30) series models that are going to be released early next year. Of course, as you understand, even if so, other models may support it as well. 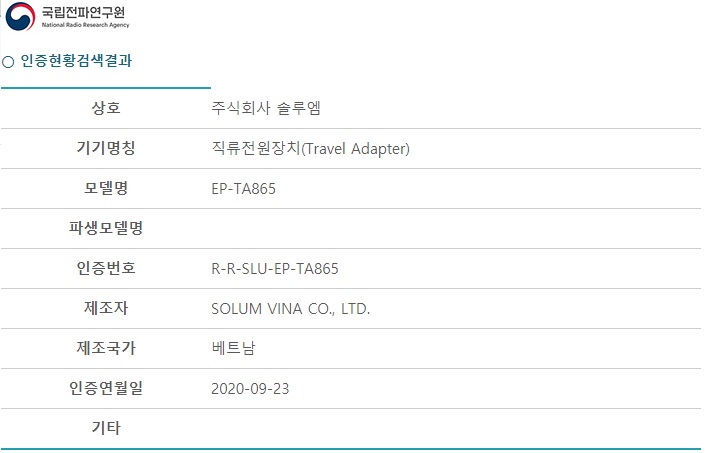 In addition, considering Samsung’s previous practices, there is every reason to think the Samsung Galaxy S21 (S30) series may support 65W fast charging but come only with a 25W charger. Honestly, this is a common practice and many manufacturers use it.

For the Samsung Galaxy S21/30 series, there is not much information currently available. But many analysts and users believe that Samsung will launch this series of models at the end of this year or early next year.