The Korean giant is slowly and steadily nearing the launch of the Galaxy S21 series. It’s mattery of only a few months, and even the rumor mill is frequently revealing information about the new models. Samsung Galaxy S21 was recently spotted at Samsung’s community forums in Korea with Verizon based variants. 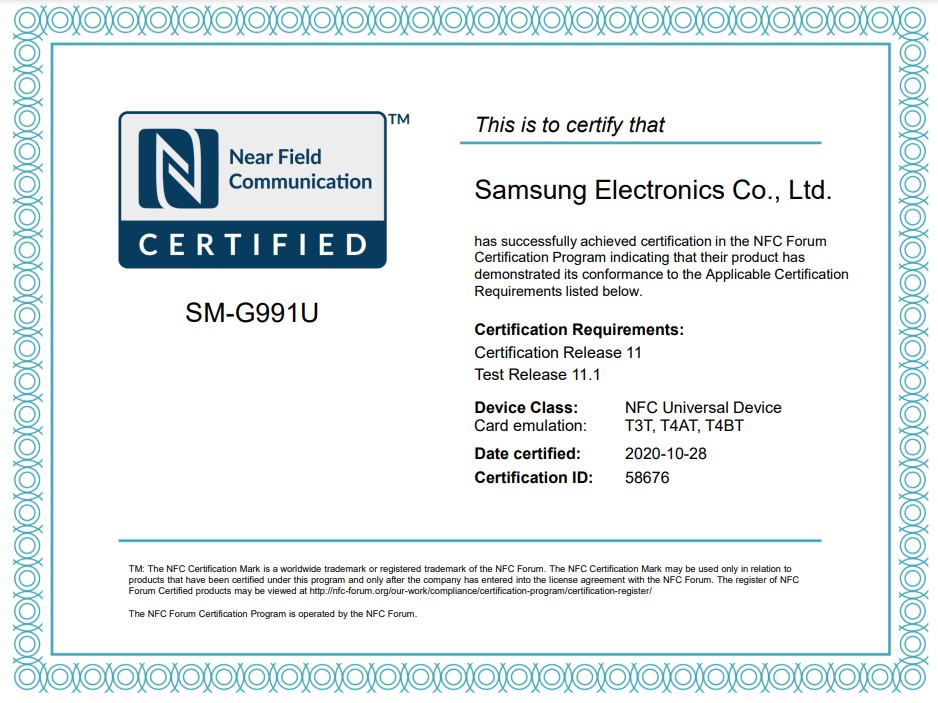 The upcoming Galaxy S21 flagship smartphone has received the NFC certification. However, no other information about the device was revealed but it confirms that the device will come with NFC.

Besides, the Galaxy S21 is expected to launch in three different models – galaxy S21, Galaxy S21+, and Galaxy S21 Ultra. It will launch with an EB-BG991ABY battery having 3880 mAh capacity as per a recent 3C certification. However, the bigger – Galaxy S21+ could come with a 4660 mAh battery. The new series will come with Snapdragon 875 SoC as it got an order of 1 trillion won to manufacturer Qualcomm 5nm SoC. The non-American models will ship with the Exynos 1000.

There are rumors that the S21 Ultra could ship with the Stylus support, but the possibility is quite minimal.

Samsung will be pleased to launch the smartphone on the Verizon network in the US as they have already started the development of millimeter-wave 5g network-based development.