The third alternative of Galaxy S8 will be revealed in Europe and other markets worldwide with 4GB RAM together with 64GB storage. The price is not yet confirmed by the company, but the previous reports state that it will cost 6280 Yuan (approx $916).

Latest reports suggest that Samsung Galaxy S8 will launch two varieties of devices. They both will feature dual-curved and edge-to-edge screen. The design is just mind-blowing with a bezel-less design with an extreme display to body ratio. The Galaxy S8 will have a big 5.8-inch Quad HD screen and a 3,250mAh battery. It could have a 6.2-inch QHD AMOLED screen design along with an enormous 3,750mAh battery capacity, promoted being the Galaxy S8 Plus. The smartphone could support Qualcomm Snapdragon 835 processor and can be powered by Samsung’s Exynos SoC informers.

The resolution of Samsung Galaxy S8 plus and Galaxy S8 are 1440 x 2560 pixels and 1440 x 2960 pixels, respectively. Galaxy S8 will have an OS of Android OS, v7.0. Both the display will be protected by Corning Gorilla Glass 5 panel and dust/water proof. Both the devices will include sensors like Iris scanner, fingerprint (rear-mounted), accelerometer, gyro, proximity, compass, barometer, heart rate and SpO2.

Now, let’s talk about the camera of the awesome Samsung Galaxy S8. It could have a 12MP rear camera and an 8MP selfie camera and along with f/1.7 apertures. It is also rumored to have Dual Pixel technology in the back camera which will capture more advance images and videos with ease. It will also make the advanced autofocus and pixel solidity. The selfie camera will bring together an Iris Recognition sensor and can operate as an alternative form of biometric authentication. It can also feature a dual-camera set-up, similar to iPhone 7 Plus.

Samsung Galaxy S8 Plus will ditch the home button and will have fingerprint scanner fixed beside the camera sensor on the back side. The company will add a new button for the Bixby fundamental support. Bixby will be utilizing the camera of Samsung Galaxy S8 to examine the background and record essential data’s regarding the object. This will be used for spotting an object in the background and you can purchase that object through the online shops. The search operative will be attached to the Samsung Pay.

Both the Samsung devices will feature a USB-C port for charging the battery and for synchronizing. It will be also utilized as a 3.5mm headphone port. Similar to the iPhones, Samsung Galaxy S8 will have the ability to make out the weight produced the screen. This function will be on the lower part of the screen.

The company could launch its devices 29th March, but the date is not confirmed. Till then, they could enhance features like strong processor, large RAM, and battery capacity. 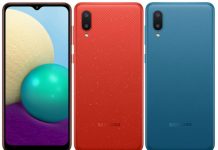