Samsung’s next mid-range tablet device is on the way. It model is SM-T505, and it is likely to be launched in the form of Galaxy Tab A 7.0 (2020) or even the Galaxy Tab A7. Moreover, the latter seems to be more possible version, as Samsung has submitted it to the Wi-Fi certification with this name.

The previous device with the same codename ‘Bangladesh’ has been found in the benchmark list. That time, it showed the combination of the octa-core Kryo 260 CPU and an Adreno 610 GPU. By the way, last year’s Snapdragon 665 and the newer Snapdragon 662 are suitable for this CPU-GPU combination. The WFA certificate also mentions Android 10. But unfortunately, it does not support Wi-Fi 6. 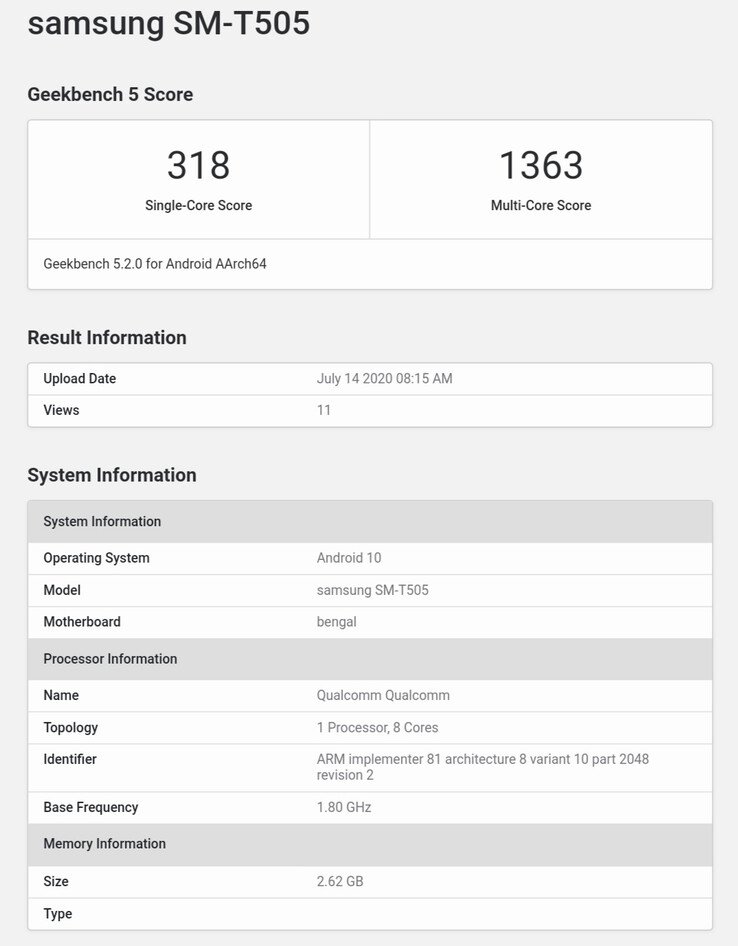 SamMobie reported that the SM-T505 is expected to be the LTE model of the Galaxy Tab A7, and it should use the Snapdragon 662 processor.

A SIM slot is also seen o the left side of the tablet. As per the listing on FCC, the new tablet will feature a 10-inch display. It appeared on Bluetooth SIG with different model numbers including SM-T505, SM-T505N and SM-T507.

We expect the Galaxy Tab A7 to launch along with the Note 20+ series at the upcoming Unpacked event on August 5. However, the Korean giant’s foldable smartphone is also at the verge of launch as the Galaxy Z Fold and Galaxy Fold 2 have already appeared on several certifications.