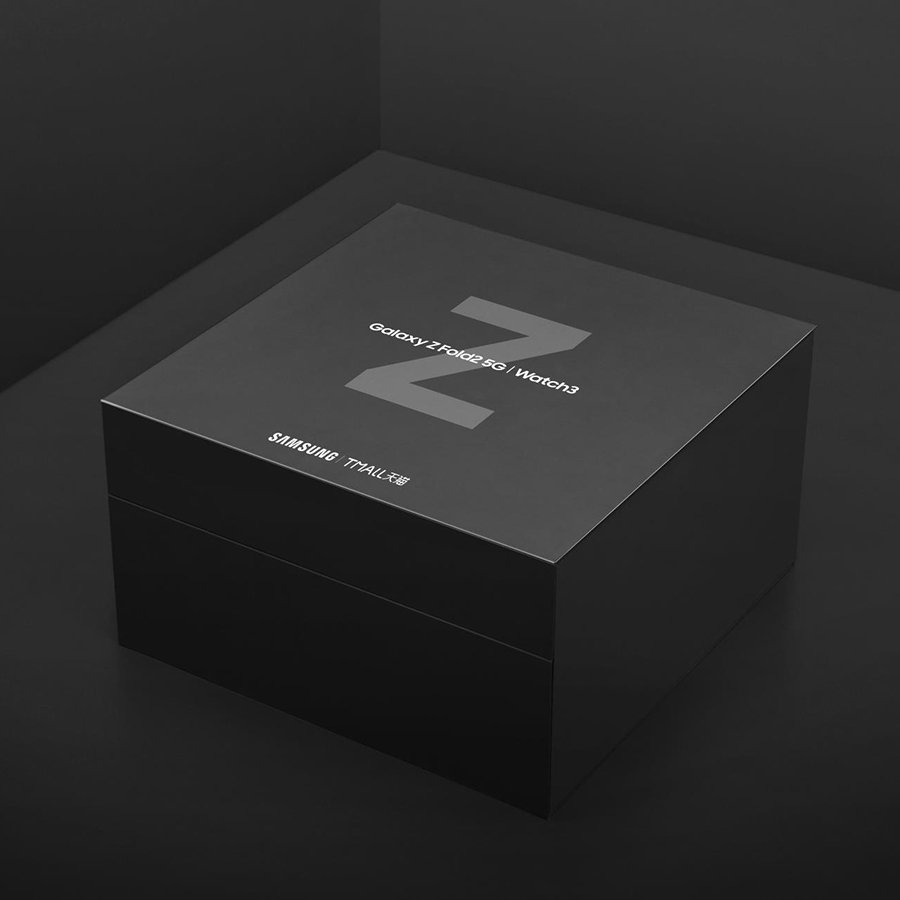 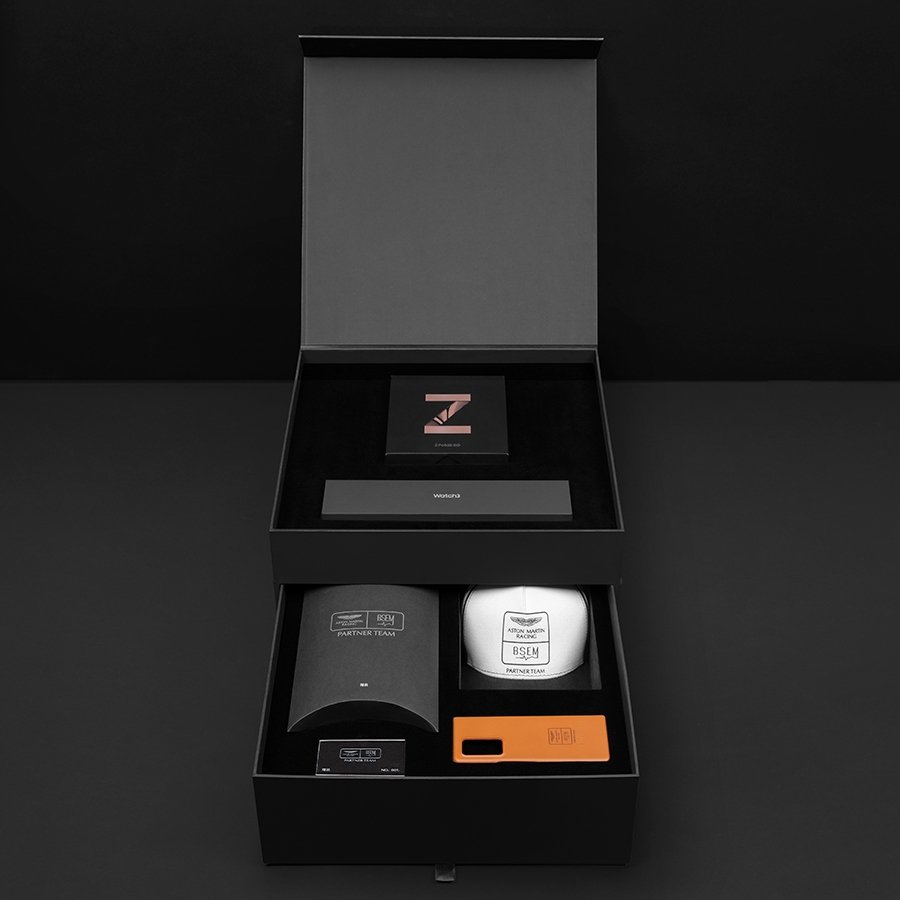 As shown in the picture, the phone will be placed in a large gray box. The source claims the Galaxy Z Fold 2 5G will be accompanied by the Galaxy Watch 3. Plus, on the box, we can find the Tmall logo. This simply means it may be sold on this platform. At the moment, this product is not currently listed on the Tmall store. 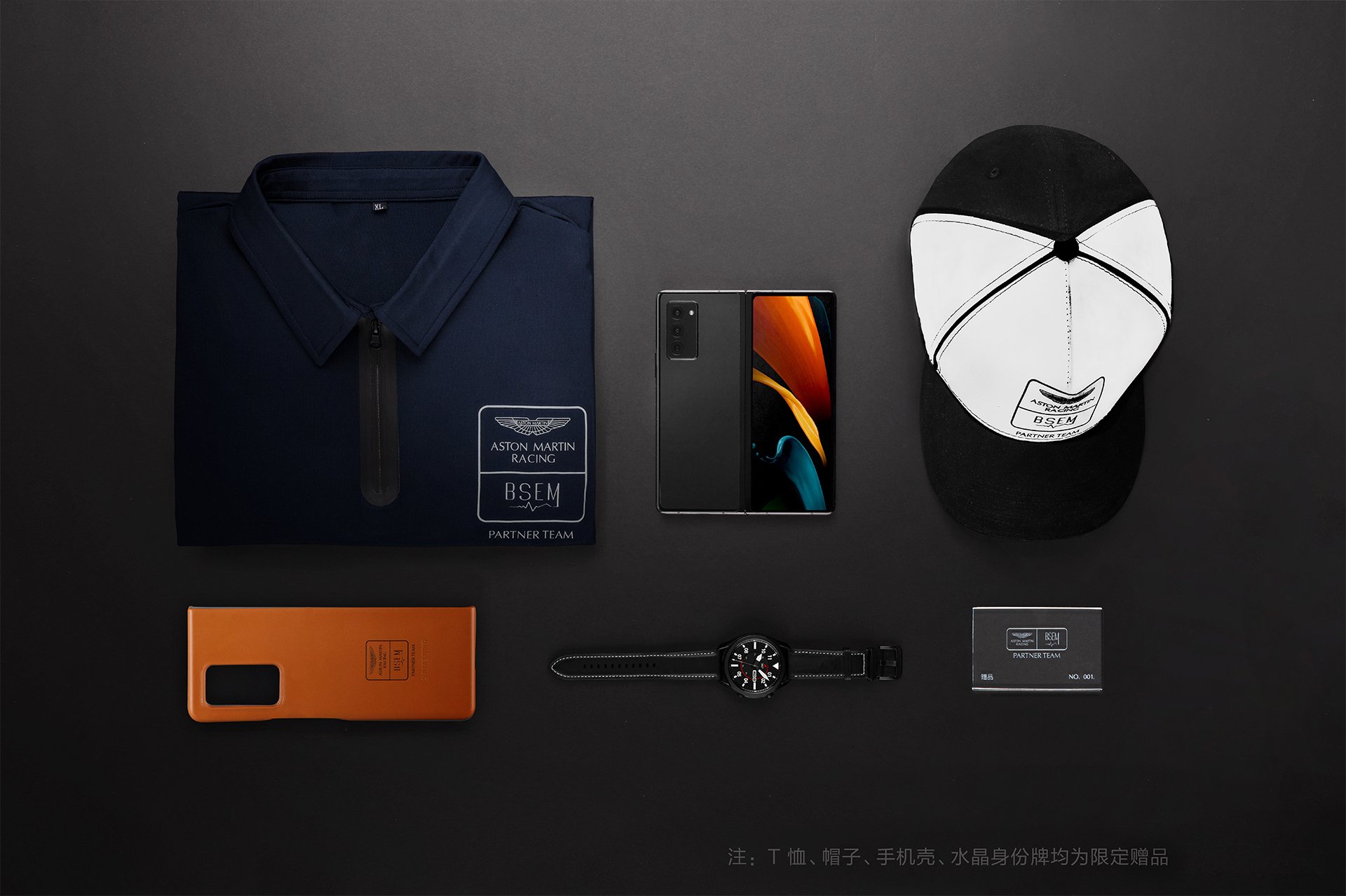 Inside the box, we can find the black version of the Galaxy Z Fold 2, without any custom patterns. However, you will get an orange Aston Martin leather phone case. The box also includes a dark blue Aston Martin Polo shirt, black and white baseball cap, black Galaxy Watch3 and crystal identity tag.

Currently, there is no information on the sale of this device. 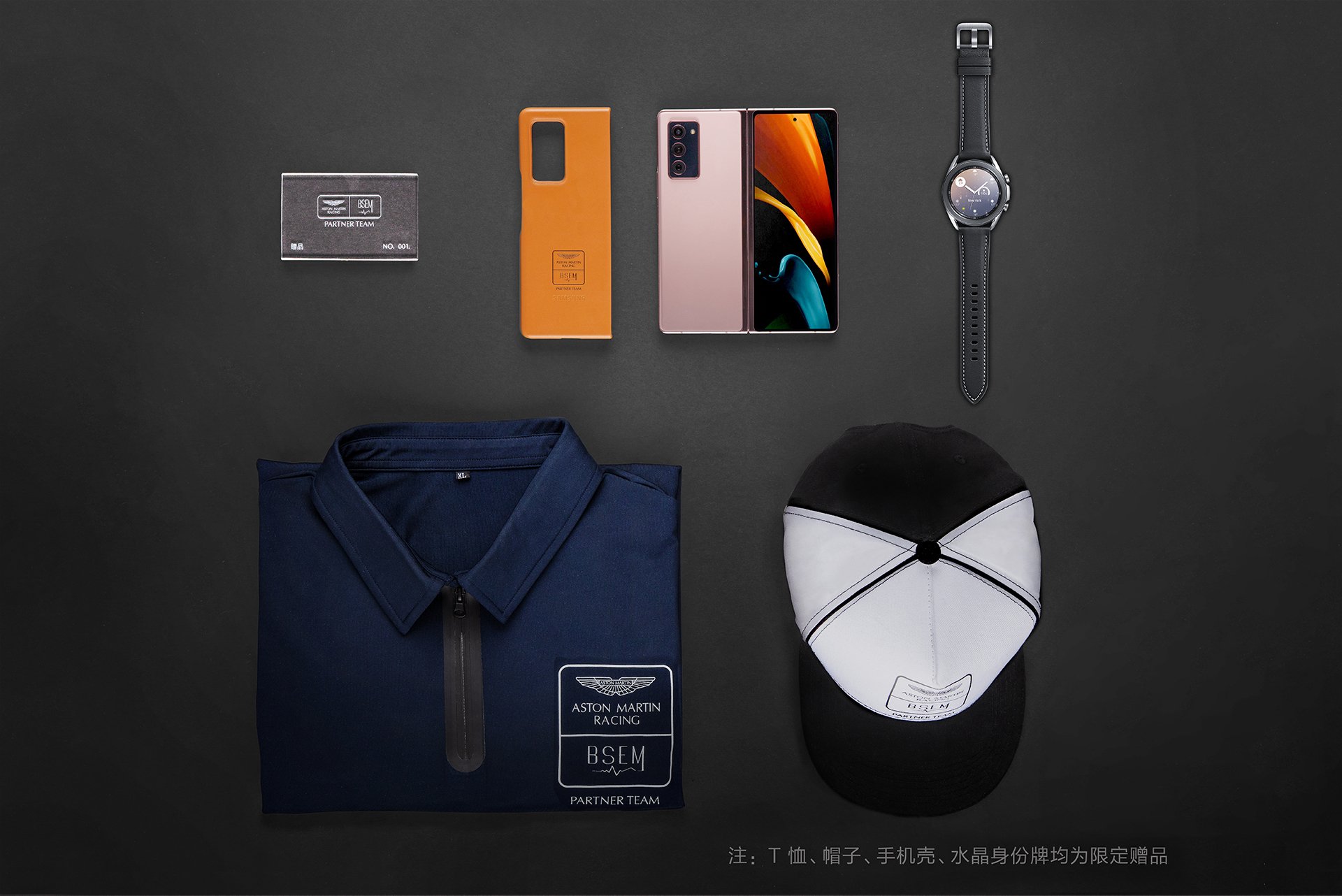 Well, we will see the same Snapdragon 865+ chipset which means 5G connectivity. The device sports a 7.6-inch OLED display (6.23-inch Super AMOLED cover display), up to 12GB of RAM, and 512GB of storage. There is also a triple-camera with 12MP shooters, and a 4,500mAh battery with 25W fast-charging.