According to Letsgodigital, a patent for a Samsung folding screen phone suspected of the Samsung Galaxy Z Fold 3 has been announced. As we can see, it comes with an S Pen storage slot. For a better viewing, the source made a couple of renders. 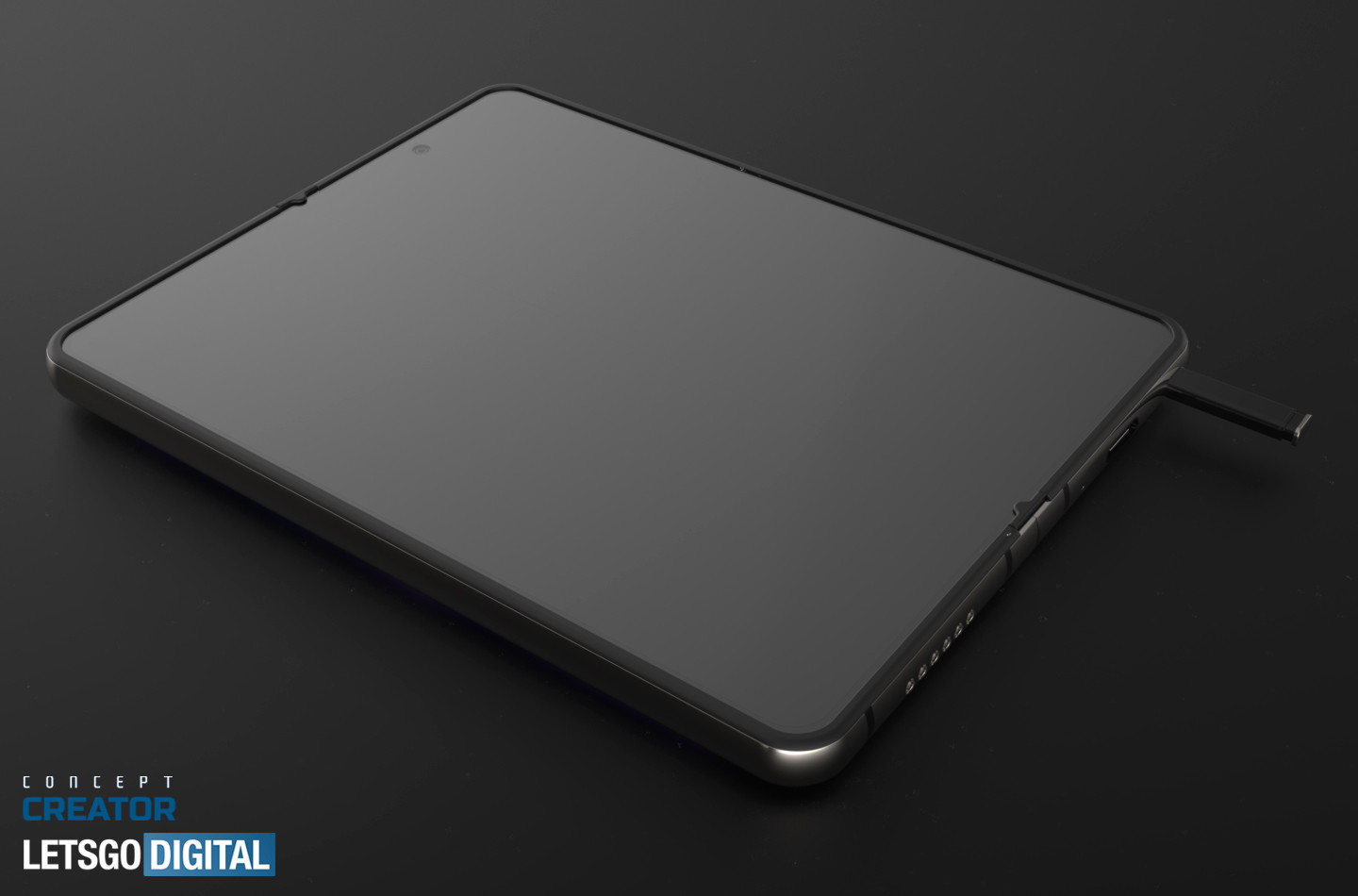 The new Samsung patent states that the company has taken measures in advance to make the S Pen compatible with bendable (foldable) devices. Although Samsung’s Galaxy Z Fold 2 patent last year also emphasized the technology required in the bendable part of the screen, this time the focus is more on the device itself.

There have been multiple reports that Samsung intends to launch the first folding screen phone equipped with S Pen next year. And there has been every reason to think it will be the Samsung Galaxy Z Fold 3. 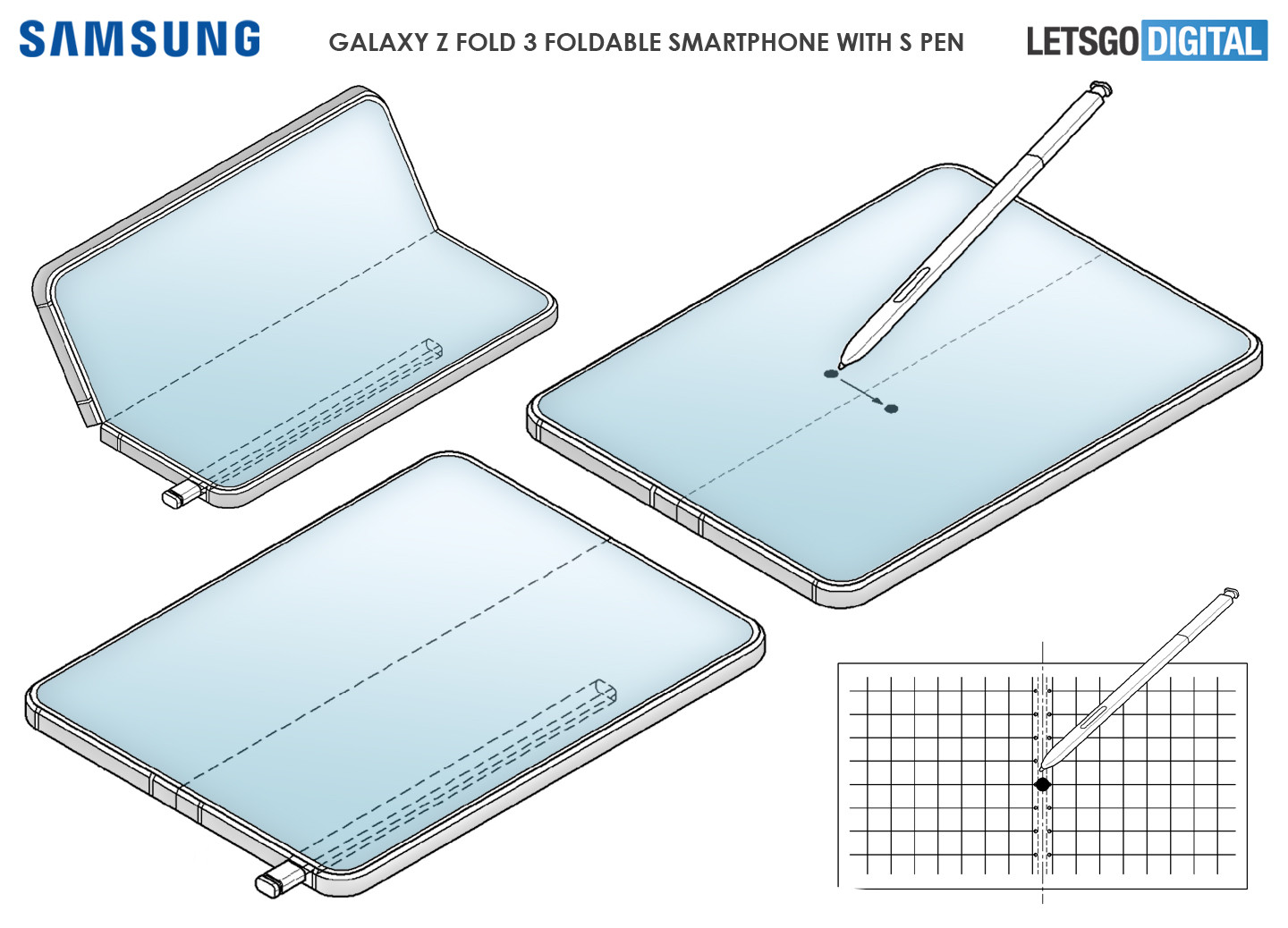 The Korean media The Elec cited UBI Research’s latest report that Samsung is currently considering adopting AES (Active Electrostatic Solution) digital technology to bring the S Pen into the next Galaxy Z Fold series. At the same time, it is said that the company is still trying to make UTG (ultra-thin glass) thick enough to withstand the pressure of the S Pen’s nib. This side confirms Samsung’s intention to introduce the S Pen into the folding model series.

Prior to this, we saw a patent for ‘Electronic Devices Including Indicators’ filed in March 2019 shows that Samsung plans to add a series of indicator lights to the hidden hinge of the Samsung Galaxy Z Fold.

In this patent, a LED light is inserted under the translucent cover. These LED lights can combine different colors to achieve visual and decorative effects. We mean these LED lights can be used for new notifications, messages, missed calls, etc.